On October 20, Democratic State Senate nominee Qasim Rashid debated State Sen. Richard Stuart (R-SD28), and honestly I’m not sure I’ve ever seen a more thorough thrashing by one candidate (in this case, Rashid) over the other (Stuart) in Virginia General Assembly forums. For starters, Rashid is far better informed, smarter and more articulate than Stuart. Second, Rashid is right on issue after issue, whereas Stuart is flat-out wrong, not just on his position but also on the *facts* – verifiable, demonstrable facts. See below for video of the demolition, as well as Rashid’s live tweets. Note that I’m posting this several days late because it took that long for Central Virginia Public Access Television to post it. Also note that this debate makes it glaringly obvious why Stuart has been desperately ducking debates with Rashid – because he knows he’s completely outclassed. 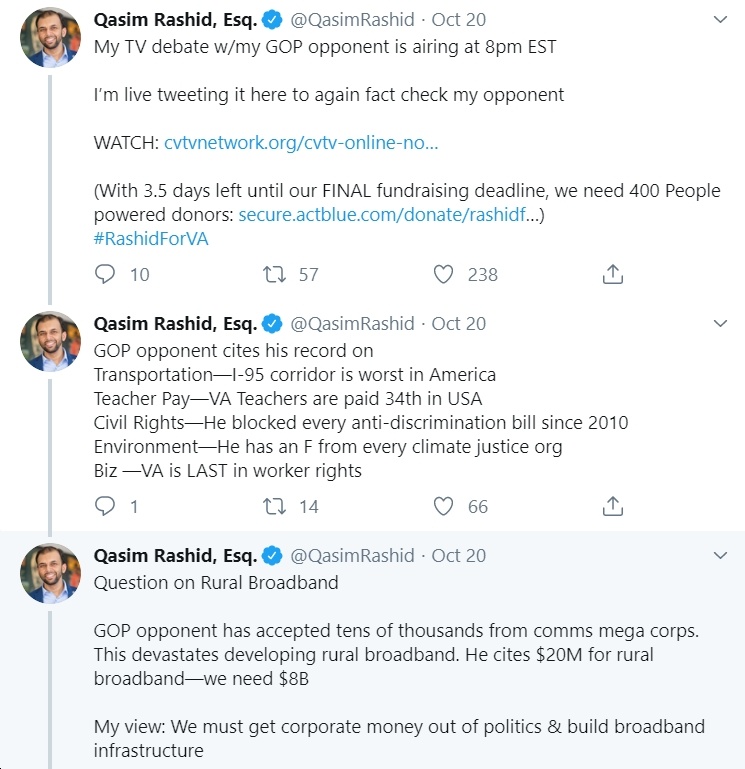 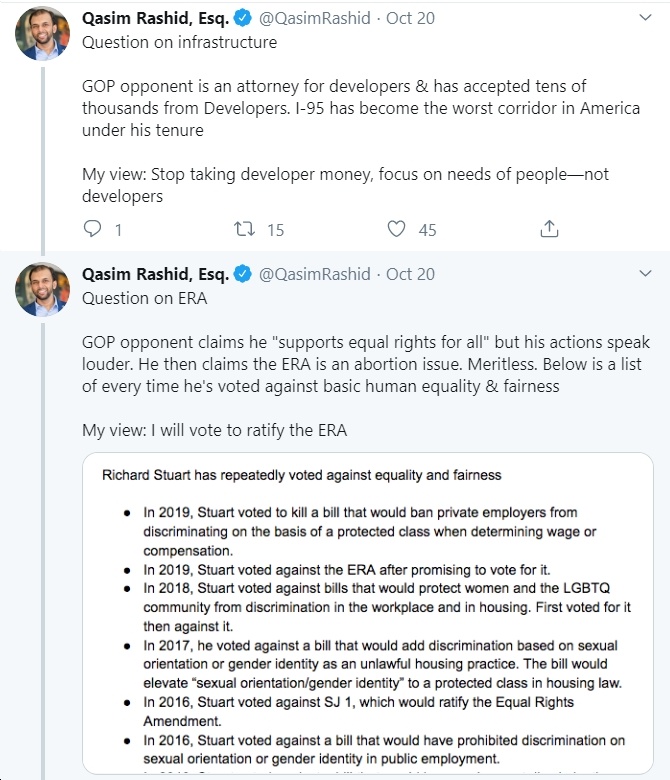 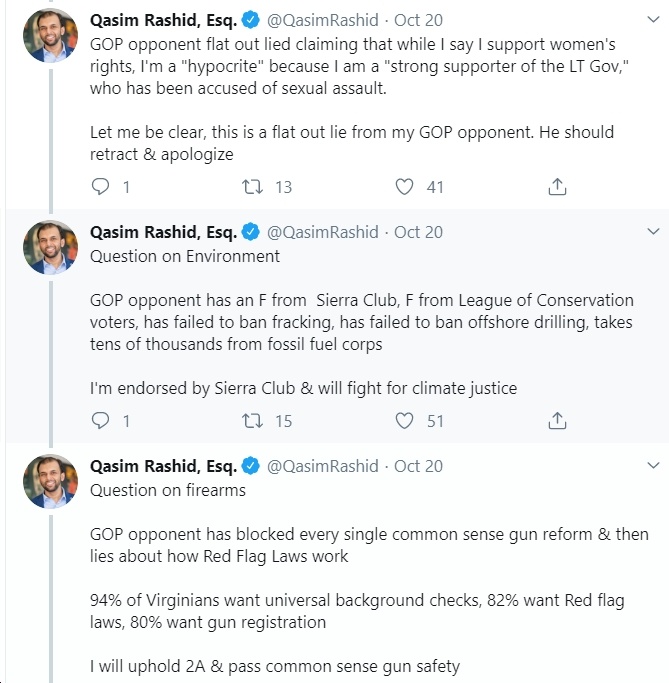 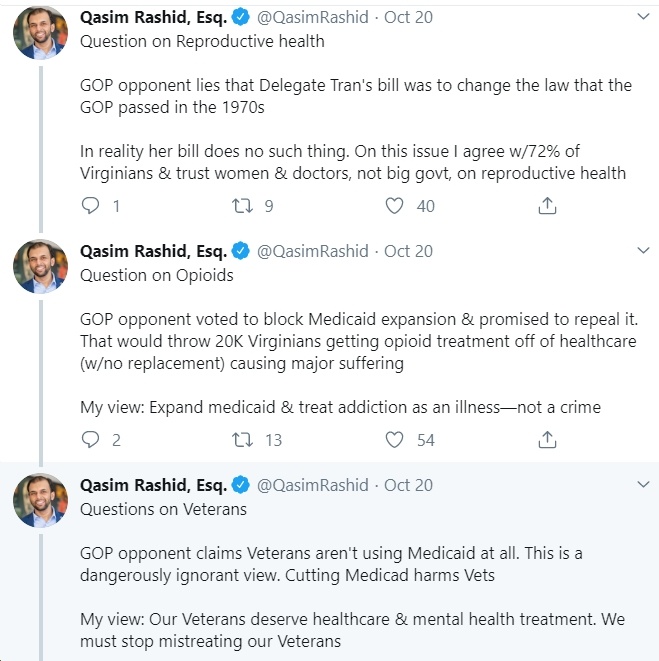 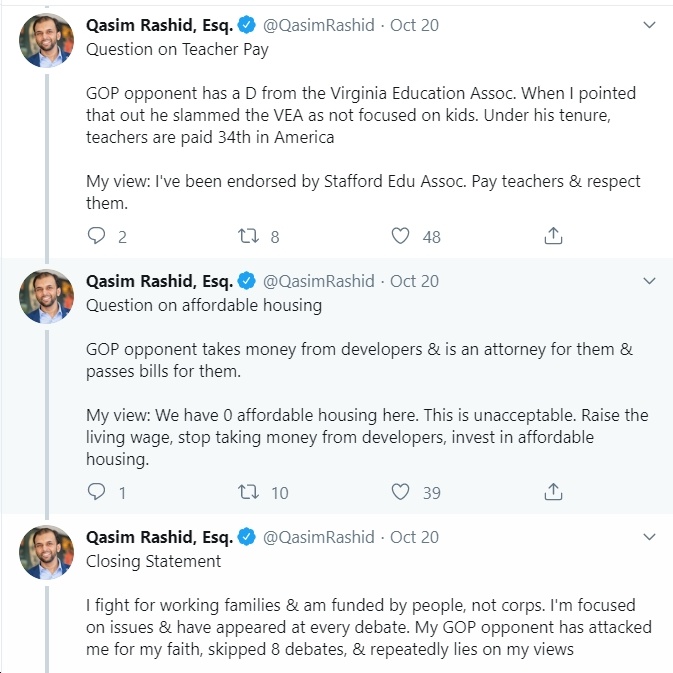 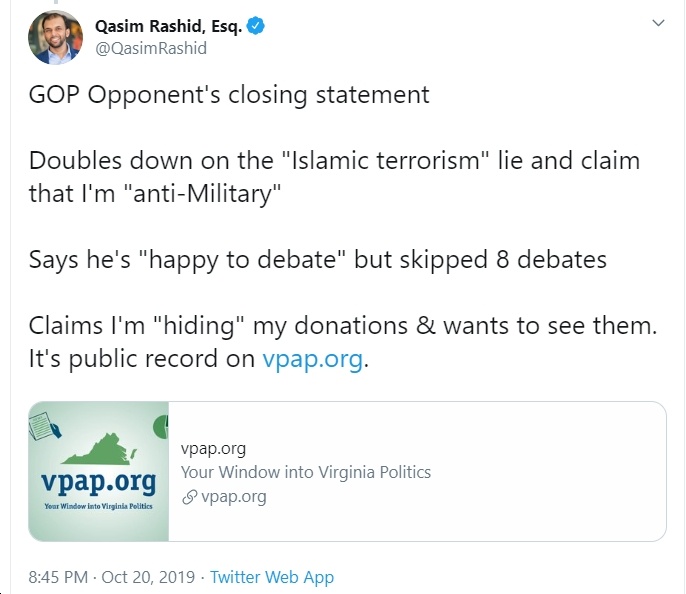 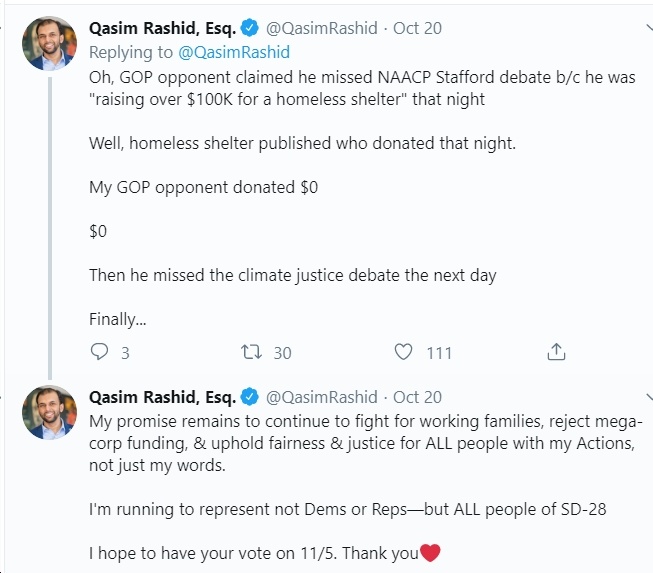