The U.S. House of Representatives just voted, 231-192, on “a short-term funding bill in an effort to avert a government shutdown before funds expire later in the week.” See below for statements by Rep. Abigail Spanberger (D-VA07) and Rep. Elaine Luria (D-VA02). Note that all Virginia Congressional Republicans voted, in effect, to shut down the government. Because…of course they did.

Spanberger Statement on Vote to Keep Government Open, Avoid Shutdown Ahead of Thanksgiving

Since Arriving in the U.S. House, the Congresswoman Has Expressed Concerns About Stopgap Funding Measures & the Looming Threat of Government Shutdowns

WASHINGTON, D.C. – U.S. Representative Abigail Spanberger today released the following statement after voting with a bipartisan majority of the U.S. House to keep the federal government open through December 20, 2019.

“The reckless government shutdown earlier this year was a disaster—and it seriously jeopardized the financial security of federal employees, our servicemembers, and their families. Today, I’m glad the House voted to keep our federal government open and to prevent federal workers from going without pay or being furloughed around the Thanksgiving holiday. And especially as we enter the holiday travel season, I’m relieved that our airways and points of entry will continue to be adequately staffed and protected by dedicated personnel. This bipartisan funding agreement also includes a much-needed raise for our servicemen and women, and I’m encouraged that it recognizes the need for an accurate collection of the 2020 census.

“But as we continue to fund our government through these stopgap measures that pass only due to the pervasive threat of shutdown after shutdown, Democrats and Republicans need to recommit to improving our budget procedures. At this stage, we’re running out of ways to describe this Groundhog Day pattern of Congress moving from one potential budget crisis to another. Central Virginians deserve better, and I’ll keep working with my colleagues to build a pathway toward a balanced budget, work across the aisle to strengthen investments in our communities, and responsibly address our ballooning federal debt and deficits.”

The funding agreement includes a 3.1 percent pay increase for U.S. servicemembers and strengthened funding for the U.S. Department of Commerce to implement the collection of the 2020 census. Click here to read a summary of the short-term bill.

In September 2019, Spanberger voiced similar concerns about the status quo of the congressional budget process following a vote to keep the government open through November 21, 2019.

Reiterates Her Call for Reliable Budgeting Process for Hampton Roads

This comes two months after the House passed similar legislation funding the government through November 21.

Congresswoman Luria repeated her strong preference for an orderly and responsible budgeting process that creates certainty for the military and the Hampton Roads regional economy.

“Two months ago, the Senate’s inability to get to work forced us to pass short-term government spending legislation,” Congresswoman Luria said. “Today, we are in the same situation. In Hampton Roads, short-term spending harms our local naval operations, shipbuilding industries, and workforce. I urge the Senate to immediately pass its spending bills so we can pass a bill that fully funds the government.”

The House has passed 10 of 12 spending bills needed to fund the government for Fiscal Year 2020. This includes the Defense and Military Construction spending bills that the House passed in June. Despite the House’s progress, the Senate has only passed four of the 12 necessary bills, and has yet to pass its Defense and Military Construction Bills. This funding is especially critical to Hampton Roads, where the Navy has a significant community presence.

The continuing resolution would provide a 3.1% pay raise for our servicemembers, extend government funding to key public health programs, and assure full funding of the 2020 Census.

Despite temporarily funding the government, the continuing resolution would freeze spending levels at the Fiscal Year 2019 rate. This would cause national uncertainty for the military and defense industries. 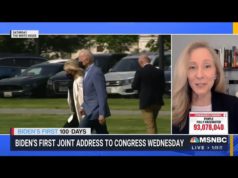