Now that the 2019 Virginia elections are over, it’s time to start focusing in on 2020, including the Democratic race for the presidential nomination to take on Putin’s BFF in the White House. Since multi-billionaire (reportedly he’s worth a hard-to-comprehend $58 billion) and former NY City Mayor Michael Bloomberg just announced this morning, let’s start with him.

First off, since this is a Virginia-focused blog, it’s worth noting that Bloomberg has donated a s***-ton of money to Virginia Democrats, either directly or via his Everytown for Gun Safety organization, which he founded and heavily finances. As you can see, Bloomberg has donated $410,000 (all to Democrats) directly, and nearly $6.3 million (again, all to Democrats) via Everytown – including over $1.5 million in 2019 alone, helping Democrats win back the Virginia House of Delegates and State Senate. So Bloomberg definitely gets credit for that! 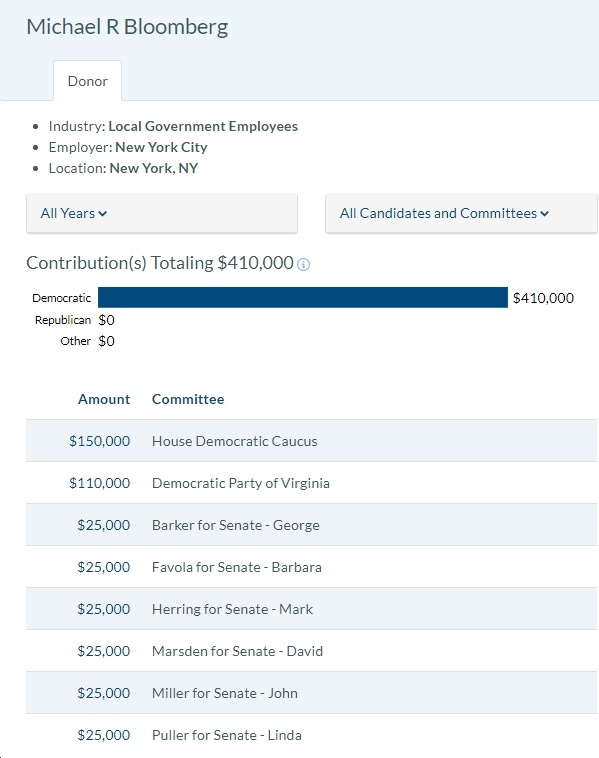 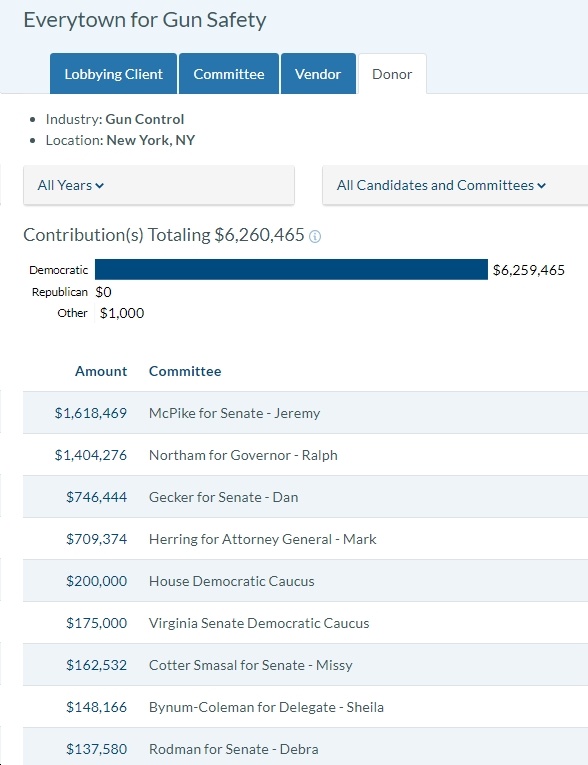 What else is positive about Bloomberg besides the fact that he’s richer than King Midas? I’d list the following:

So all those are most definitely positives, including some VERY impressive stuff. How about negatives?

Finally, here are a few items that are kind of “mixed” – not definitively positive or negative.

So what do you think of a Michael Bloomberg candidacy for President as a Democrat in 2020? I’m neither totally opposed to it nor particularly enthusiastic about it, but I do wonder why Bloomberg – and Tom Steyer, for that matter – couldn’t do a LOT more good by, instead, focusing their energies on helping to beat Trump, combat the climate crisis, etc., without necessarily running for president themselves…

UPDATE: OK, this is not good…

Yes, he said it! This is Bloomberg defending his racist stop-and-frisk. When I posted this quote the other day some commenters couldn’t believe he said it. This is a video-as-proof culture. Well, here’s your video… pic.twitter.com/MdBdrcs4DY