Looks like a great rally this afternoon in Sterling, with an estimated 500+ people, along with former VP Joe Biden, former Governor Terry McAuliffe, Virginia House Democratic Leader Eileen Filler-Corn, Del. John Bell, Loudoun County Board Chair Phyllis Randall, and many other elected officials and candidates in the crowd. As the speakers emphasized, the key now is making sure you vote on Tuesday, and also reminding everyone you know to vote. If that happens, Democrats could very well enjoy a historic victory on Tuesday night, with potential majorities in both the State Senate and House of Delegates, as well as Democrats elected to many important local positions.

So…with just over 51 hours until polls close, let’s finish the job and then start showing what Democrats can do when we’re not blocked by recalcitrant right-wing Republicans. 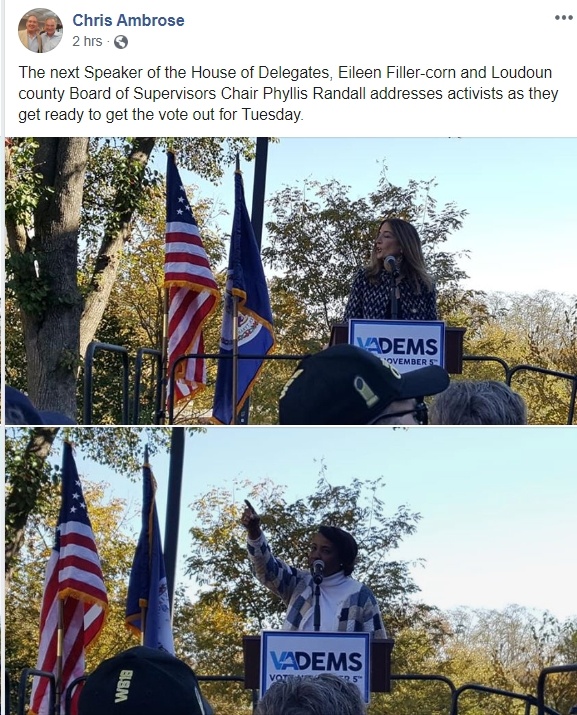 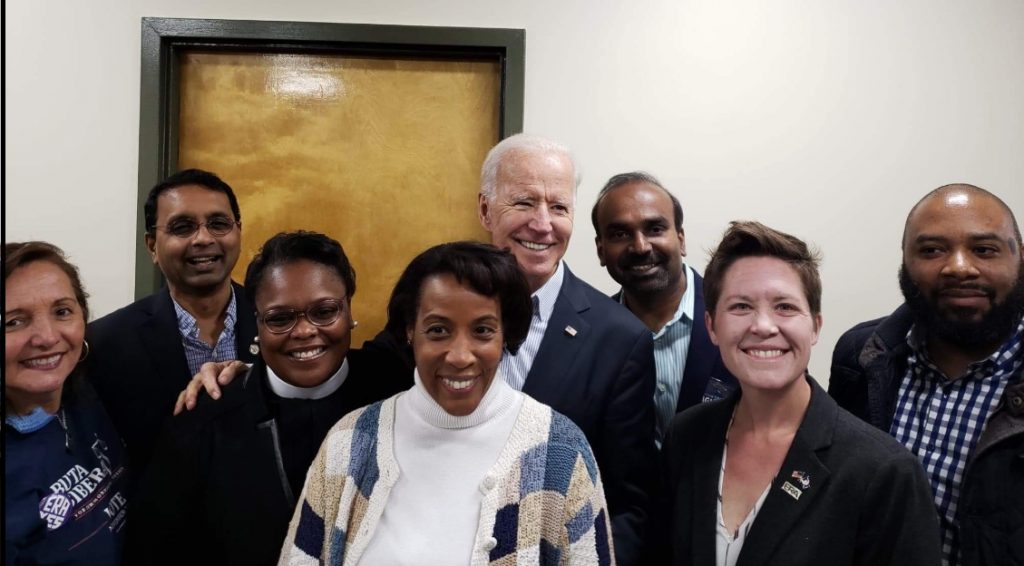 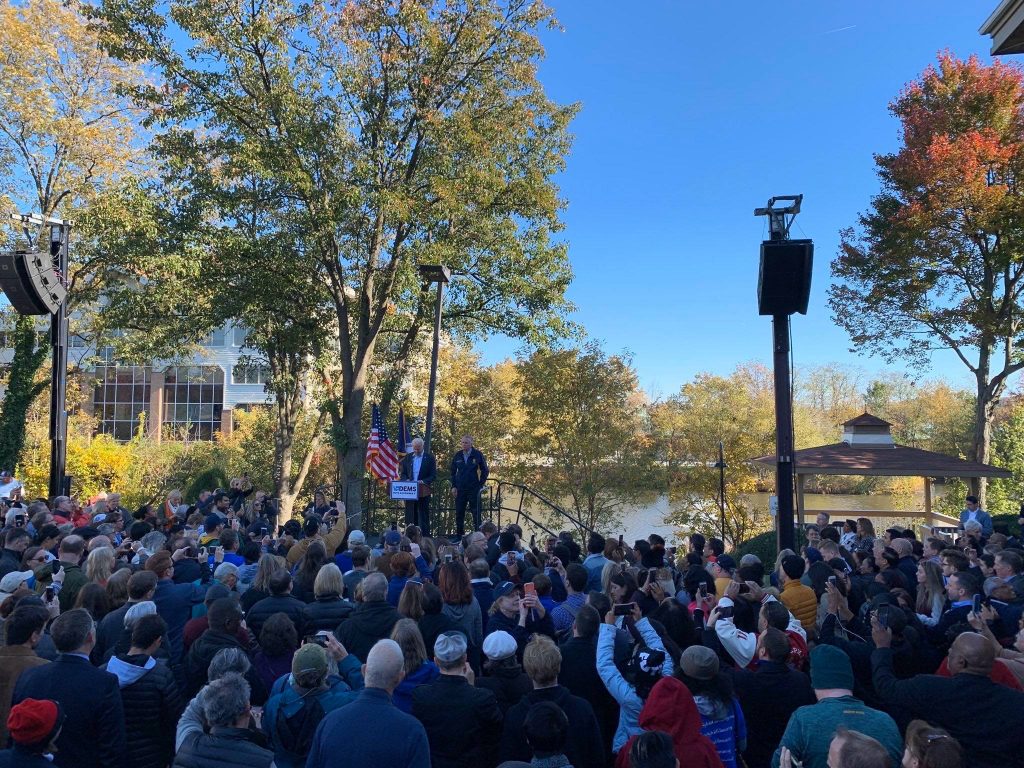 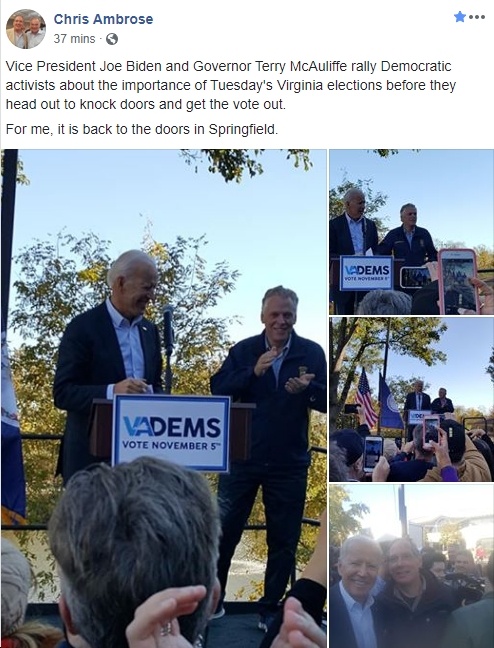 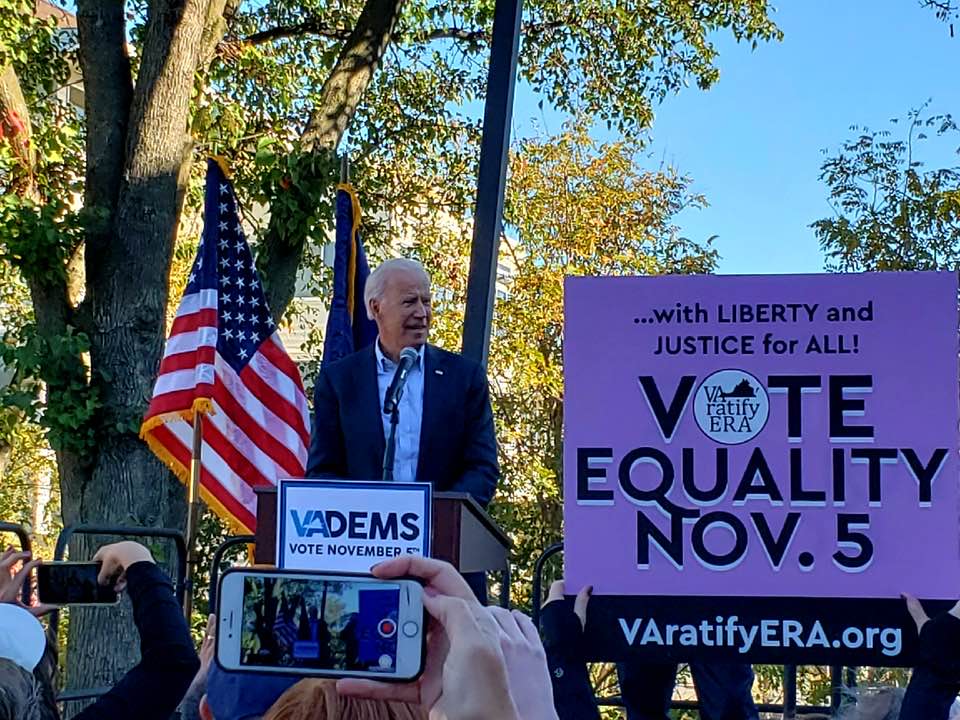 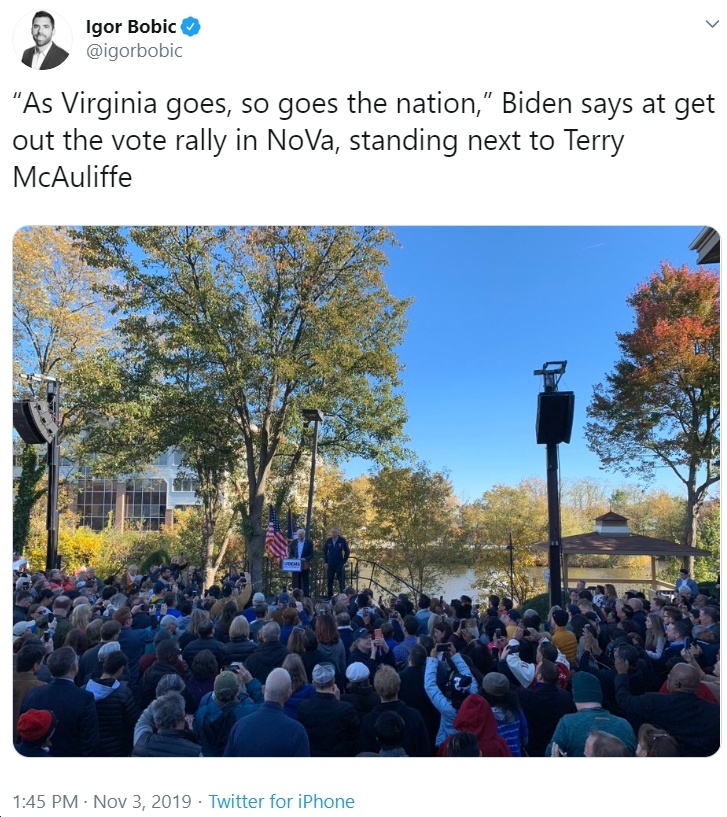 500 STRONG at canvass kickoff with @JoeBiden in Loudoun County. I am so thankful for the Vice President coming today to make sure we GET OUT THE VOTE on Tuesday. Energy is flowing ????‍♂️???Let’s finish the job and take the majority! pic.twitter.com/LgVd04icMf 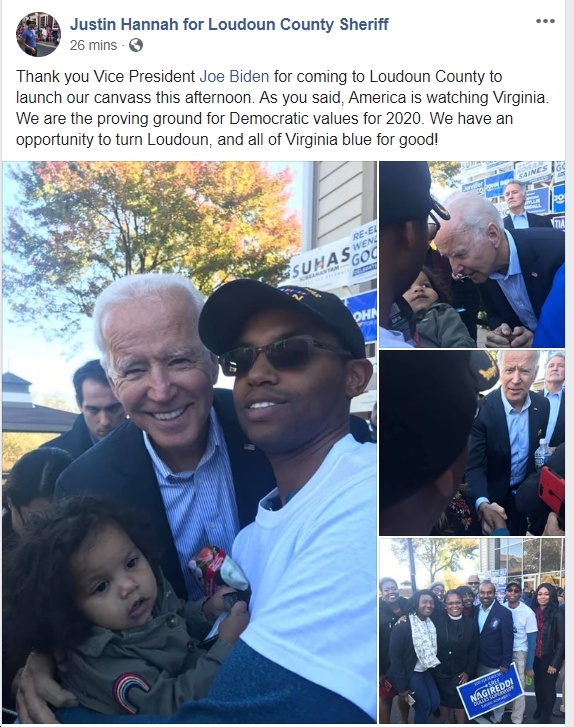 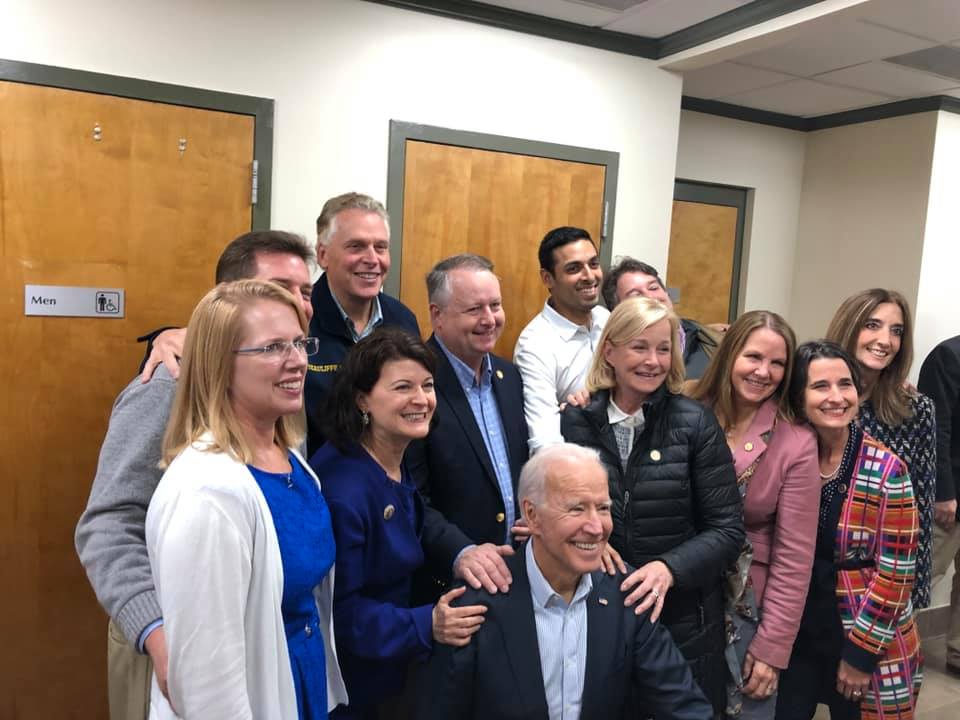