Check out the following tweets by Virginia political analyst Chaz Nuttycombe, regarding last night’s Henrico County Board of Supervisors meeting, in which Virginia Citizens Defense League (VCDL) President Philip Van Cleave (see video, below) and others spoke in support of a gun “sanctuary county” resolution. According to Chaz, if the Republican-controlled Henrico County Board of Supervisors approves this, “they’re putting themselves in danger of losing control of the BoS,” as “suburbs have different priorities than rural areas.”

Also, with regard to VA-07, of which suburban Henrico County makes up nearly 30% and suburban Chesterfield County another 32%, Chaz says that if a Republican and supporter of “gun sanctuaries,” like Nick Freitas or John McGuire, end up getting the GOP nomination to take on Rep. Abigail Spanberger (D-VA07), “the race would shift to Lean D” from “Tilt D” currently. 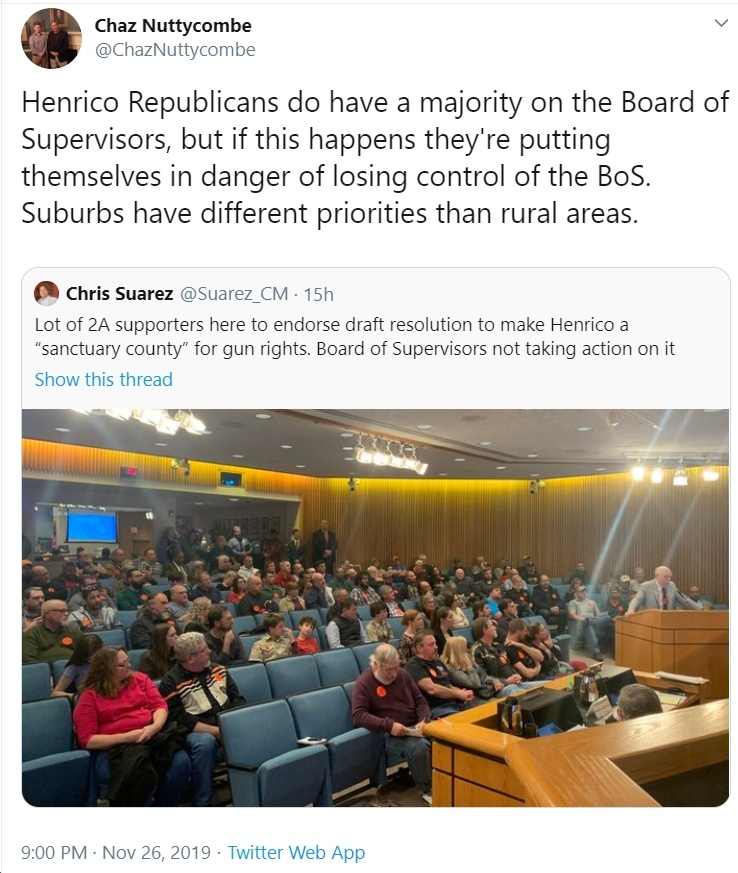 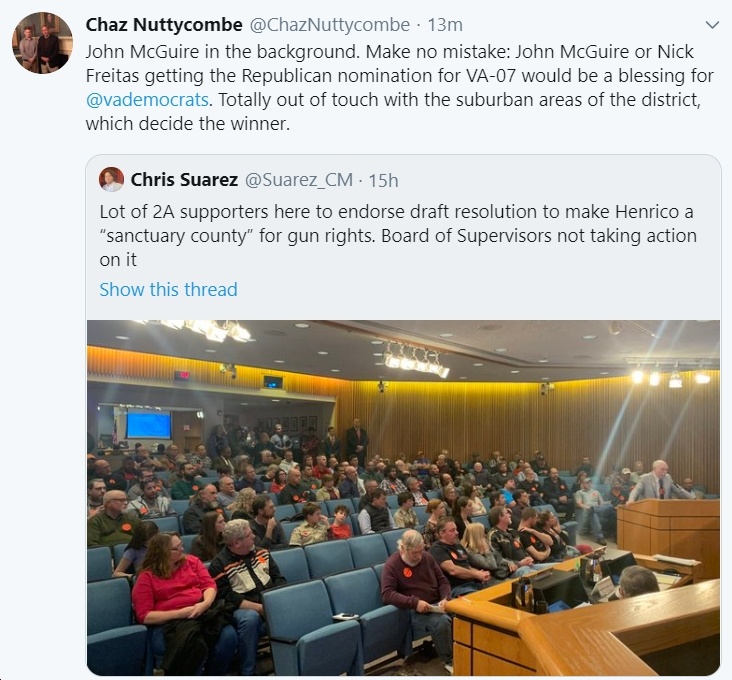 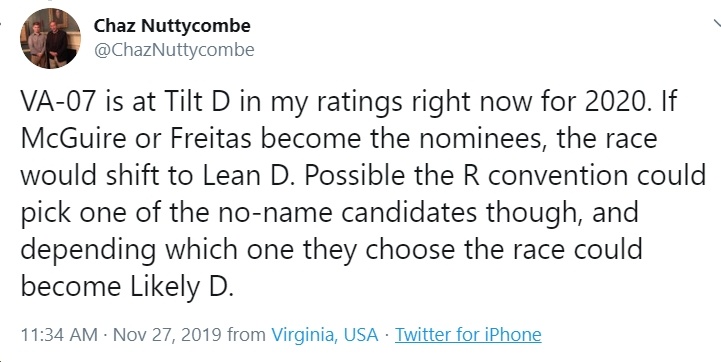 Virginia AG @MarkHerringVA statement on President Biden's repeal of the Muslim ban - a "stain on our country" that has now been removed https://bluevirginia.us/2021/01/inauguration-day-news-joe-biden-to-be-sworn-in-as-46th-president-amid-turmoil-and-loss-trump-presidency-ends-with-400000-covid-deaths-and-disgraceful-pardons-kamala-harriss-inauguratio#comment-5235497411