See below for an excellent Twitter thread by Virginia political analyst Chaz Nuttycombe, who argues that the four Republicans currently running for the nomination to take on Rep. Abigail Spanberger (D-VA07) are all “no-names who would most likely lose to Spanberge” in 2020, and that State Sen. Siobhan Dunnavant, “who won re-election in SD-12…is probably the biggest threat to Spanberger: if she were to run” – definitely “the most dangerous.” I agree completely. Let’s just hope that Dunnavant stays put in the State Senate, and that Spanberger is challenged by one of the “no-names,” or at worst State Sen. Glen Sturtevant, who just lost reelection (to Democrat Ghazala Hashmi, by a 54%-46% margin)…

Republicans already have 4 candidates hoping to get to run against @SpanbergerVA07 in 2020, but all of them are no-names who would most likely lose to Spanberger. The higher profile potential candidates (McGuire & Freitas) haven’t announced their intentions yet. pic.twitter.com/c5mtIZcSyb 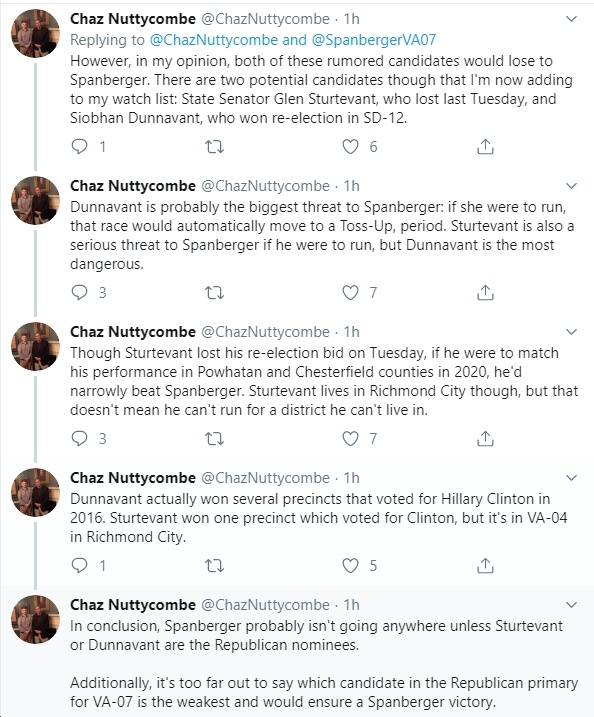 Mass Shooting in Chesapeake: “Enough is enough”; “Trauma upon trauma”; “Something has to give”; “Our country cannot continue to live in fear of gun...