Well, this is certainly an interesting twist – Vanessa Tyson, a professor of politics and policy at Scripps College and one of two women who has accused Virginia Lt. Gov. Justin Fairfax of sexual assault –  just announced her candidacy for California State Assembly District 57, “an open seat that includes my hometown of Whittier, CA, where I was raised by my mom and a community of amazing people who helped me become a first-generation college graduate.” Tyson is running on a strongly progressive platform – affordable housing, education, environmental protection – although for now, the website isn’t complete, with “more content coming soon.” Also, so far at least, there’s no mention of Justin Fairfax, who she has accused of having “forced me to perform oral sex on him” on July 26, 2004, when they were both attending the Democratic National Convention in Boston. For his part, Fairfax just announced his candidacy for governor of Virginia, maintains that Tyson “fabricated the story,” and is suing CBS for $400 million, claiming “defamation.” 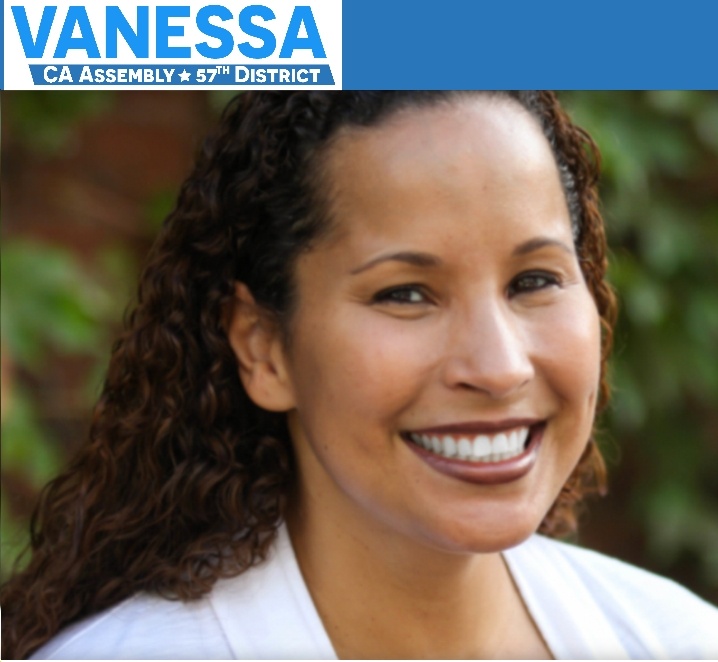 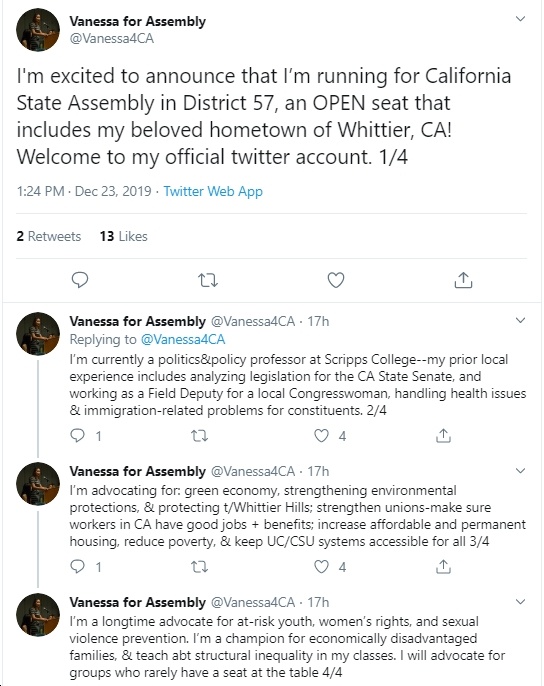