Apparently, the officer elections last night by the Henrico County Democratic Committee (HCDC) went well into the night, but see below for the “preliminary results,” posted just after midnight by HCDC.  Also see below for some thoughts by former HCDC Chair Marques Jones, who writes, “no matter what the outcome of the vote, we are all a part of ONE party. Every person in that room will be there because they want to make our community, our commonwealth, and our nation better.” Exactly.

Oh…and why this matters is because Henrico County is the fifth-largest county in Virginia, one that has been shifting strongly in the “blue” direction in recent years. So obviously, if you’re a Democrat, you want to see a strong, effective Henrico County Democratic Committee. 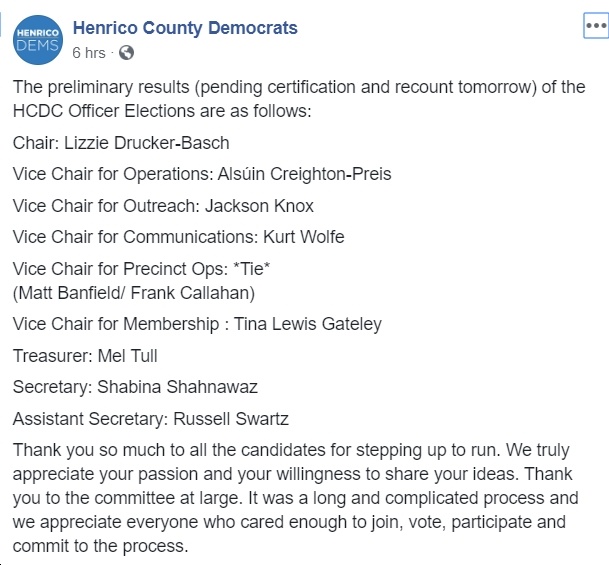 * Everyone who casts a ballot will have to sign that ballot to vote. This decision WAS NOT made by the local committee; this is a rule that comes down from the national party. No meeting is allowed to have a secret ballot.

* The people running the caucus are not the same people on the ballot for positions. There will be multiple former chairs and executive committee members as well as representation from DPVA to ensure this is a fair process and run by the books.

Finally, I hope everyone remembers that no matter what the outcome of the vote, we are all a part of ONE party. Every person in that room will be there because they want to make our community, our commonwealth, and our nation better.

I’ve said this before, but I know most of the people running on both slates. Everyone one of them is a fantastic democrat. I’m going to have to choose between friends, but I will do so voting for the best and most qualified candidates. We are a part of the Most Important Committee, in the Most Important State, in the Nation going into 2020! We have an awesome responsibility tonight.

I look forward to seeing all of you there to vote.

P.S. These were the two “slates” that were running… 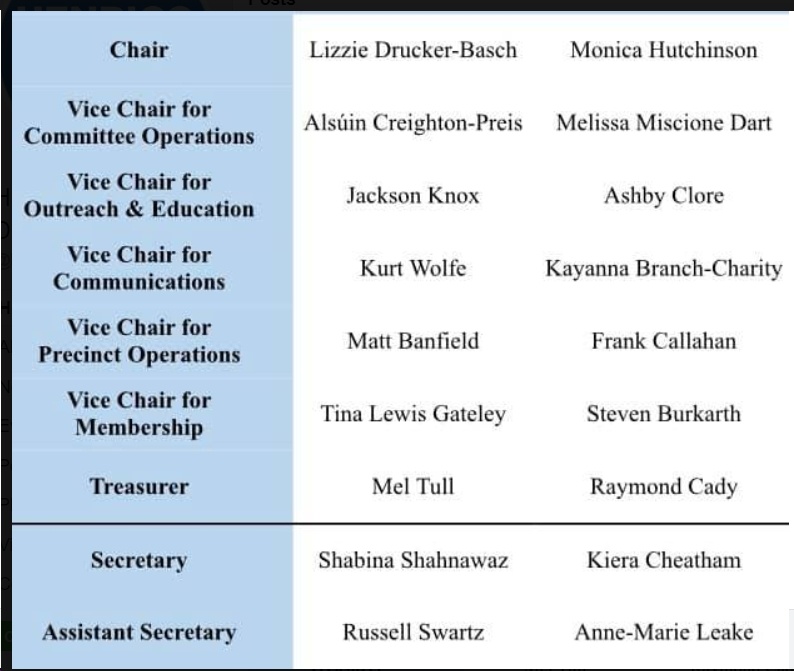