More good stuff from the Democratic-controlled Virginia House of Delegates, in this case the Labor and Commerce Committee on Del. Lamont Bagby’s HB789 dealing with the payday lending industry. Among other things, the bill “caps the interest and fees that may be charged under a short-term loan at an annual rate of 36 percent, plus a maintenance fee; increases the maximum amount of such loans from $500 to $2,500; and sets the duration of such loans at a minimum of four months, subject to exceptions, and a maximum of 24 months.” The bill passed out of Committee on a mostly party-line vote, with all Democrats voting for it and all Republicans, except for one, voting against it. It’s clear where each side’s priorities are, huh? 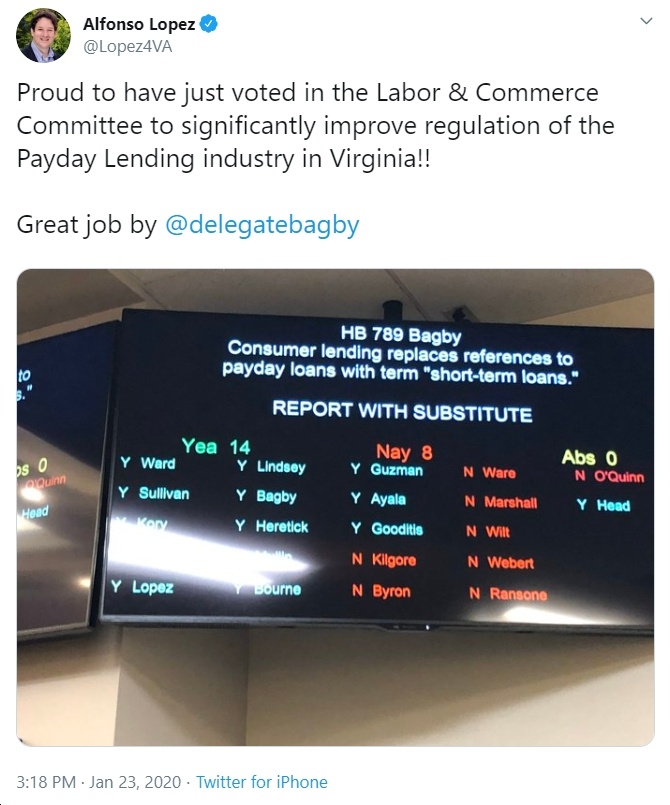 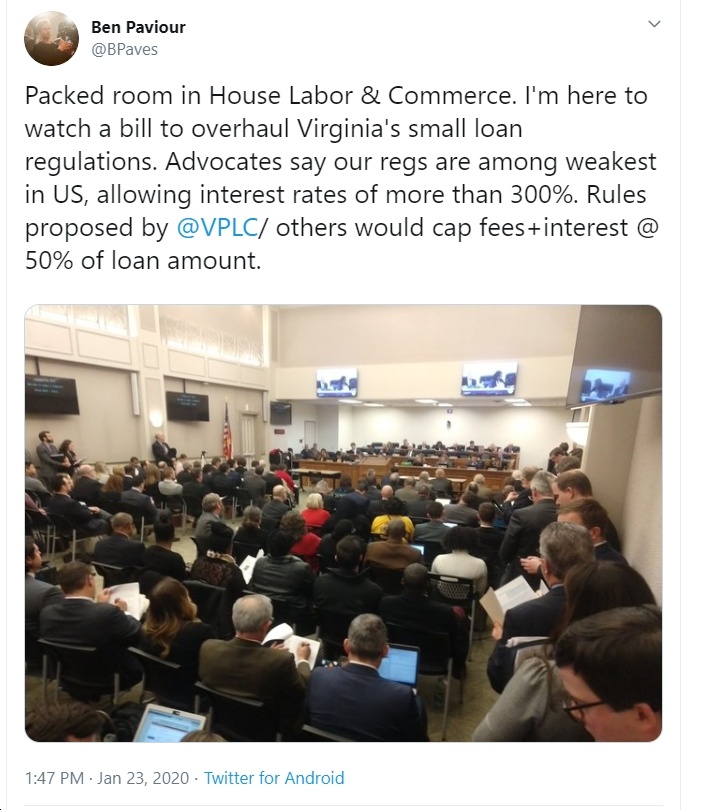 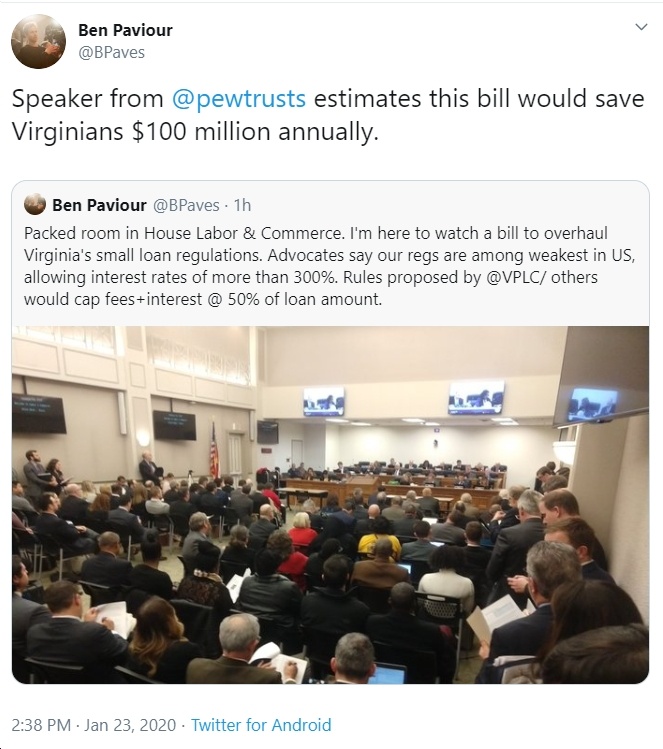 Will Virginia Change a Law to Reduce Deaths from Drug Overdose?

Progress, Not Perfection: Democratic Legislature Is Getting the People’s Business Done

Saturday News: Is Coronavirus “Disease X?”; “The Foxification of the intelligence community follows the DOJ script”; “6 Things To Watch In The Nevada Caucuses”;...

Audio: @CCAN @vasierraclub Del. @RipSullivan48 Conference Call on Virginia Clean Economy Act ("This is the best first step that any state in America has taken on climate change") https://bluevirginia.us/2020/02/audio-chesapeake-climate-action-network-va-sierra-club-del-rip-sullivan-conference-call-on-virginia-clean-economy-act

Saturday News: Is Coronavirus “Disease X?”; “The Foxification of the intelligence community follows the...