See below for video of the debate and the vote, as well as the General Assembly Weapons Policy itself, adopted earlier this afternoon. Also, see below for some reaction… 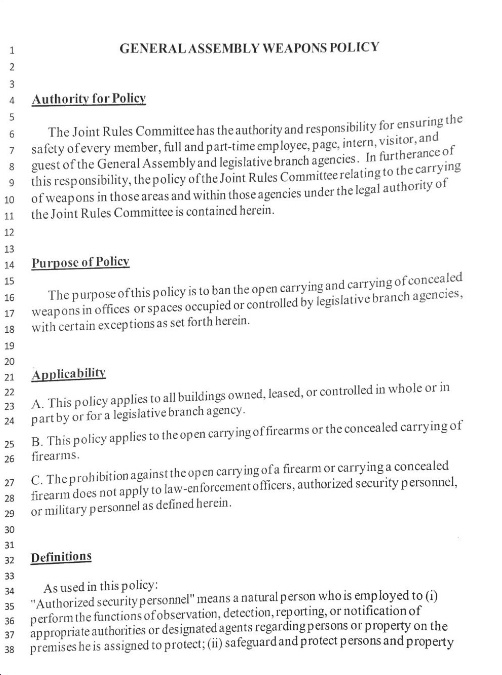 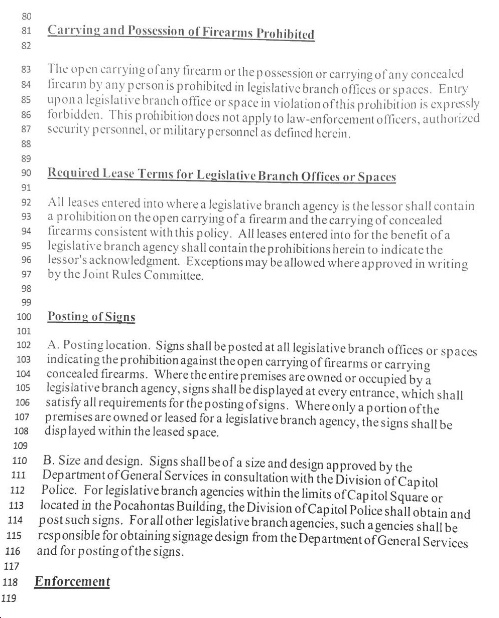 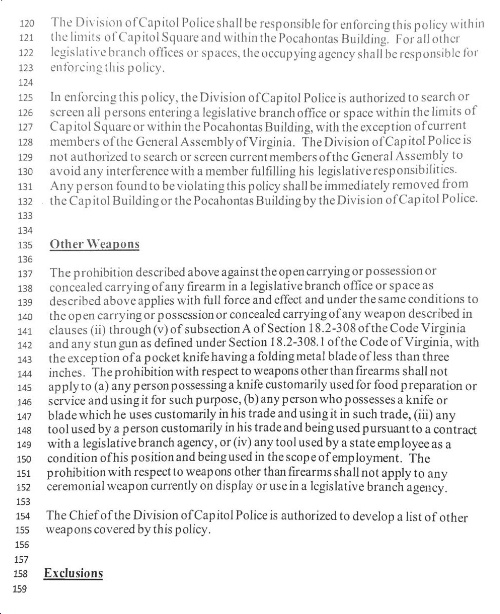 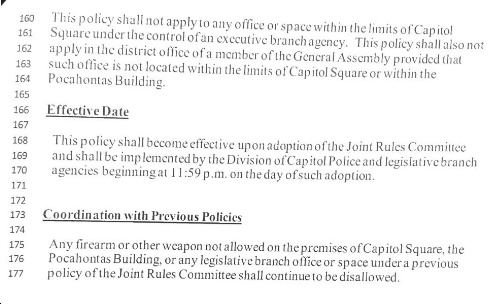 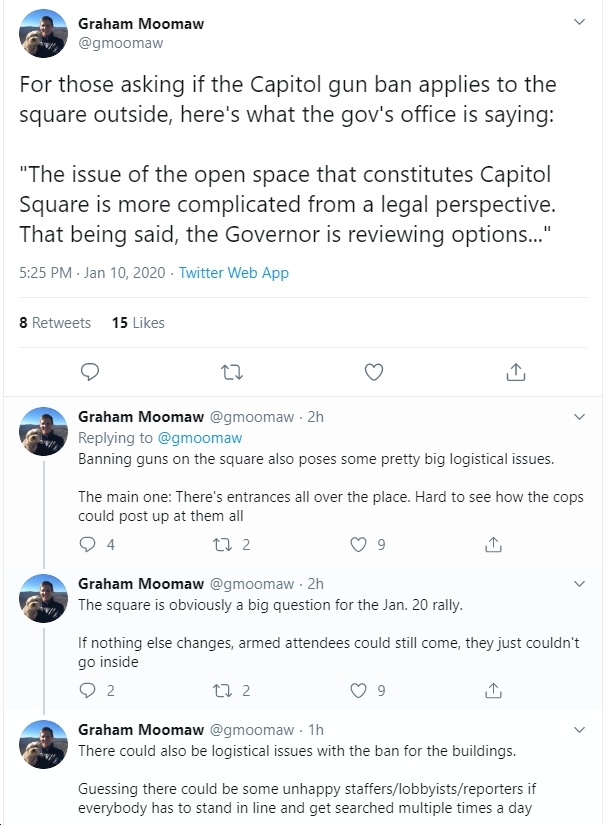 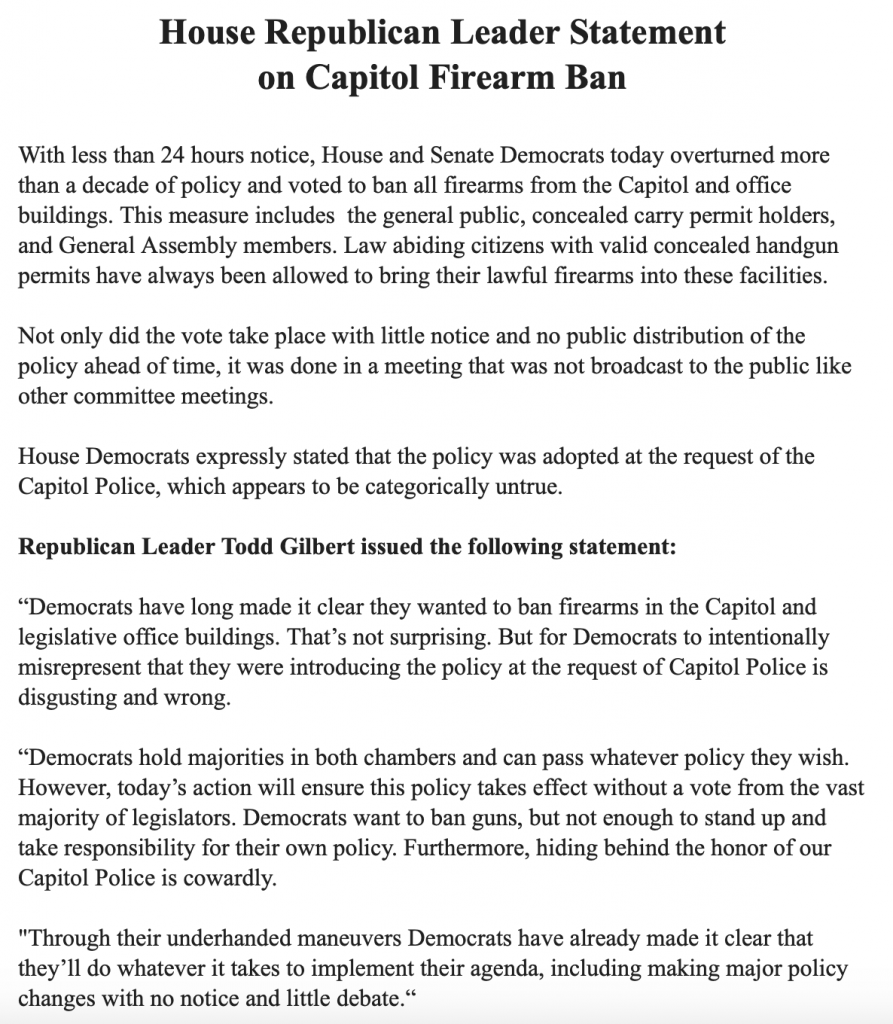 And some more reaction.

BREAKING: Virginia lawmakers just voted to prohibit firearms for civilians and lawmakers at the statehouse to protect public safety.

Armed extremists have been threatening violence during their upcoming Jan. 20 rally at the statehouse. #valeg https://t.co/7zOIiZAuyr

Real change continuing to occur in VA. This is a great example of the power state & local elections. When people get together, we can put a stop to violence. Shoutout to @M4OLVA and all the activists who helped elect a gun-sense majority. https://t.co/Moxy0itdRm

If I was a betting man I know which legislator I would put money on for the highest chances to go to jail over the gun ban on Capitol grounds. pic.twitter.com/JZu9IDnufJ