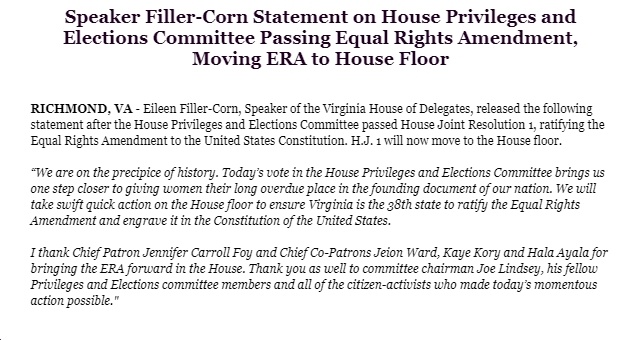 The #ERA just passed out of the House Privileges and Elections committee! So proud to be the Chief Co-Patron of this resolution with @JCarrollFoy! #VAratifyERA pic.twitter.com/wYV9ngGfjm 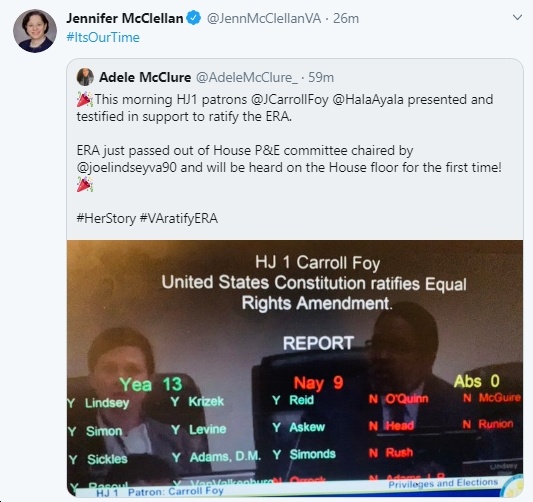 The Virginia House Committee on Privileges and Elections has voted to report the Equal Rights Amendment on a party-line vote, 13-9. For the first time, the ERA will now be heard on the floor of the House of Delegates. #VARatifyERA pic.twitter.com/0P4ue57lUW

I just cast my first committee vote for the ERA! The measure passed 14 to 9 and now heads to the Virginia House of Delegates. pic.twitter.com/mFb4C0iTcK

ERA passed out of Virginia House Privileges and Elections—where Cole wouldn’t even give it a hearing last year. And Madam Speaker Filler-Corn came to lend her support! #varatifyera #shesawoman pic.twitter.com/KaFjWRDYBp

We are making SOOOOO much history in Virginia during #GA2020

Thanks to our first female Speaker of the @VaHouse and all of our supporters in the H/house!#VAratifyERA #ERA2020 #1Stateto38 pic.twitter.com/ZbUmYTuB4o 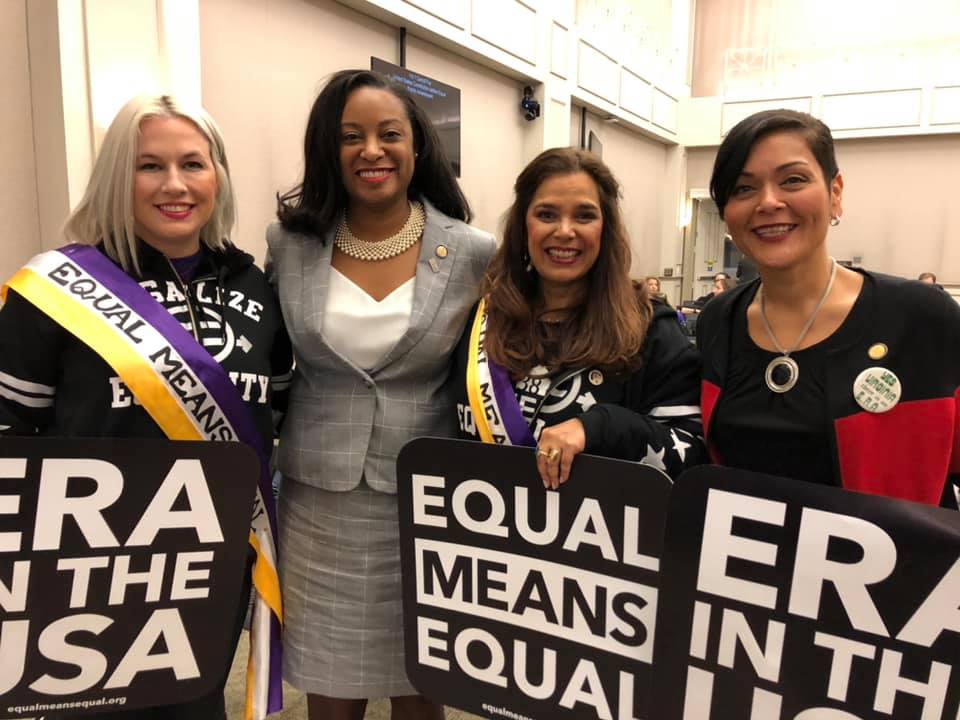 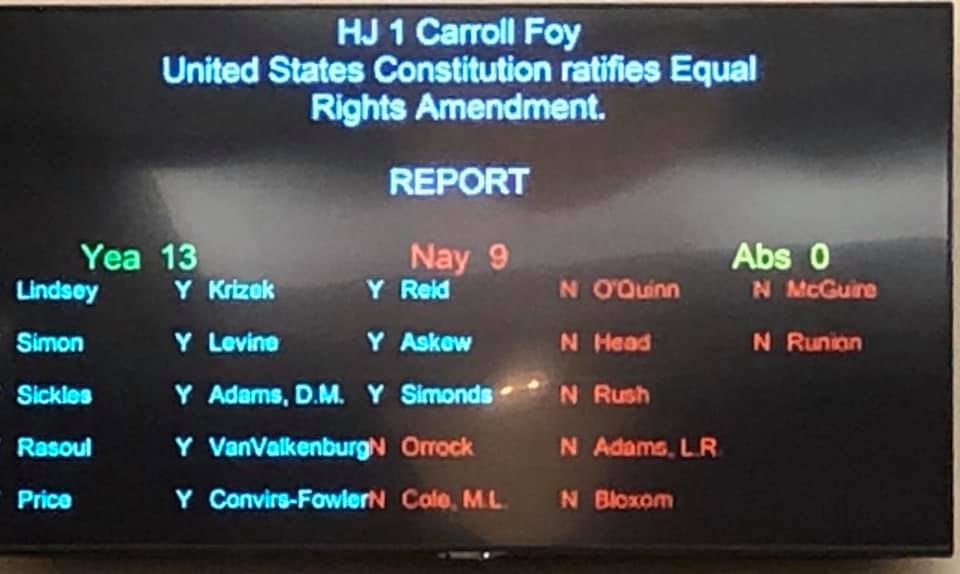 This morning in the Privileges and Elections Committee, I was proud to cast my vote in favor of sending the Equal Rights Amendment to the House Floor. The ERA is long overdue, and we are now one step closer to being the 38th state needed to ratify the amendment. pic.twitter.com/TCK04wOujS

It bears mentioning that while today’s House Priviliges and Elections Committee vote to report the ERA ratification resolution wasn’t at all drama-filled, the House of Delegates has NEVER passed an ERA resolution, nor ever gotten one out of Committee before! (Senate has 4 times).

Mark Herring Joins Other AGs, Files Brief in Court of Appeals for the District of Columbia to Force Recognition of ERA Ratification