From the Wason Center for Public Policy at Christopher Newport University:

NEWPORT NEWS, Va. — The partisan and demographic breakdown of a poll of Virginia voters by the Wason Center for Public Policy at Christopher Newport University provides insight into the status of proposals for gun control, local control over Confederate monuments, marijuana decriminalization and other bills at the midpoint of the 2020 session of the Virginia General Assembly. Released today, the analysis by party, age, race, gender and other factors suggests whether selected bills are likely to pass or fail.

The pre-session statewide survey of registered voters showed pent-up demand for key elements of the new Democratic legislative majority’s agenda, on issues where broad voter majorities across partisan and demographic lines had been stymied when Republicans controlled the legislature. The detailed cross-tabs suggest why that demand is being met swiftly on some issues but not others. Here are some highlights:

The 2020 General Assembly session reaches its virtual midpoint, or crossover, on Tuesday, when each house must complete action on its own bills, then take up bills passed by the other.

The full survey with detailed cross-tabs is attached. The Wason Center conducted 901 interviews of registered Virginia voters, Nov. 11-22, 2019. The overall margin of error is +/- 3.4 %, higher for subgroups. 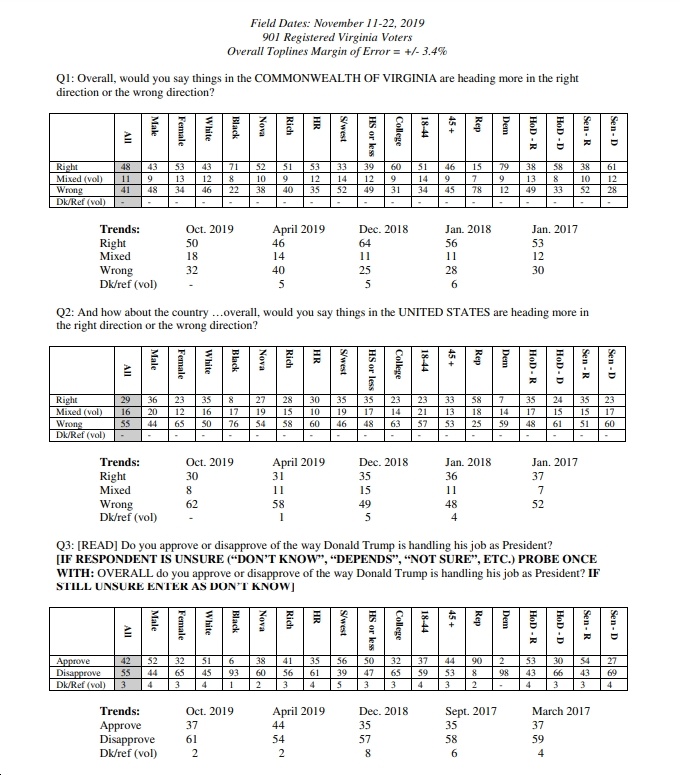 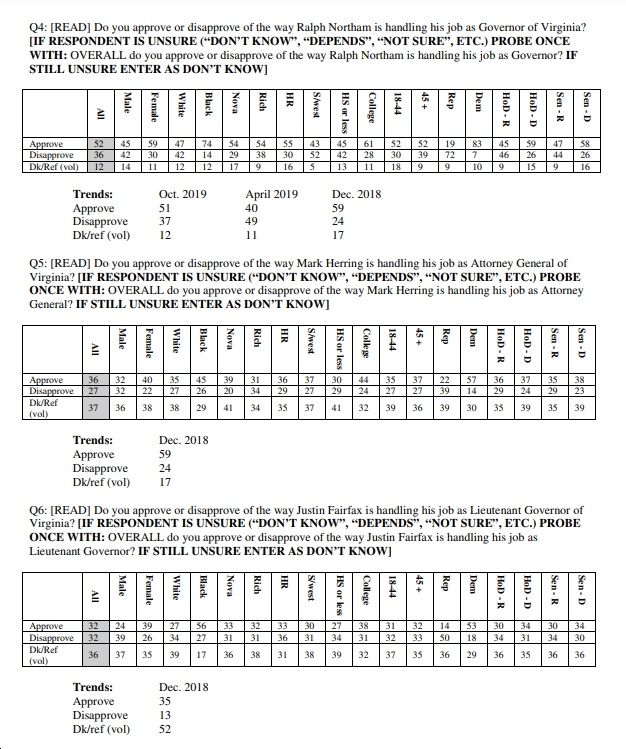 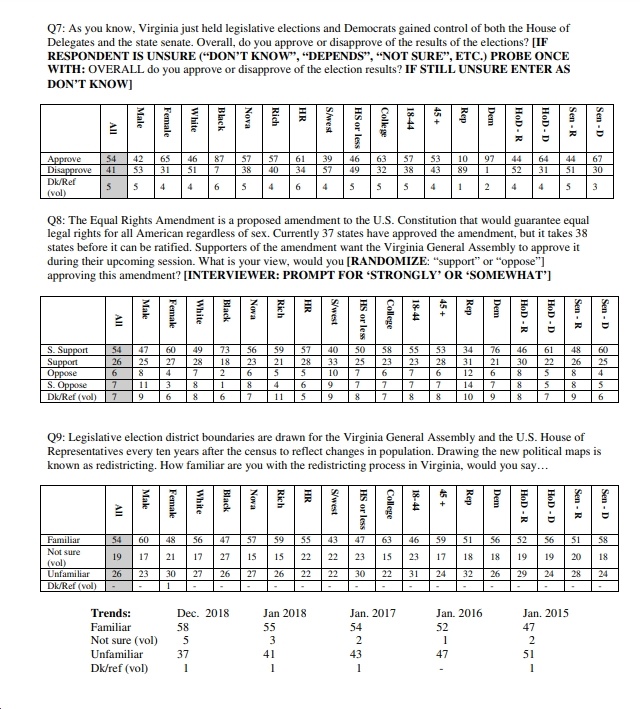 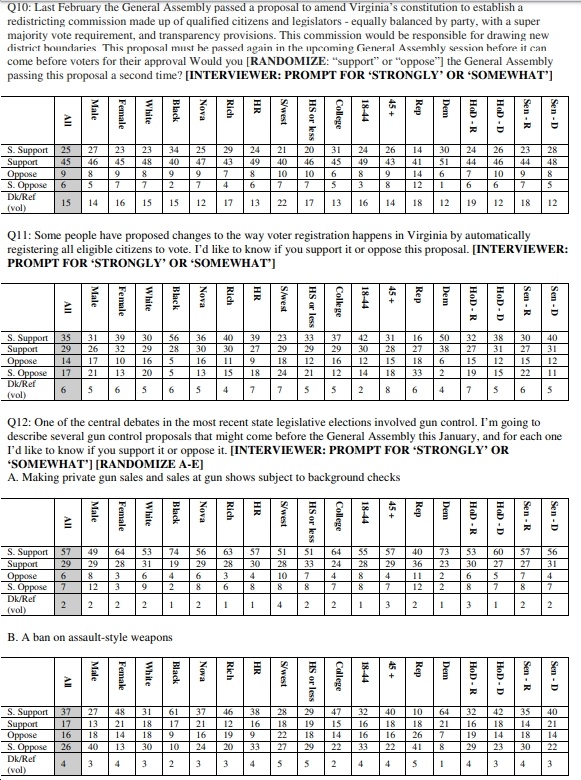 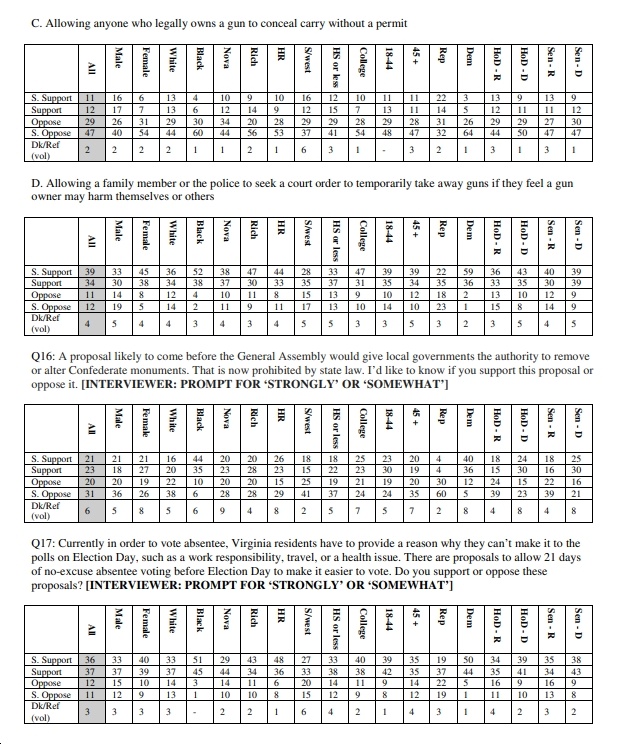 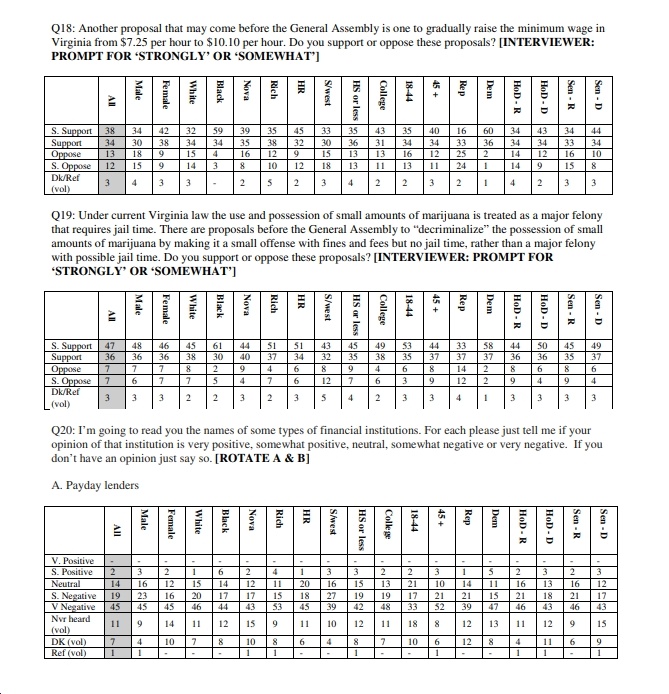 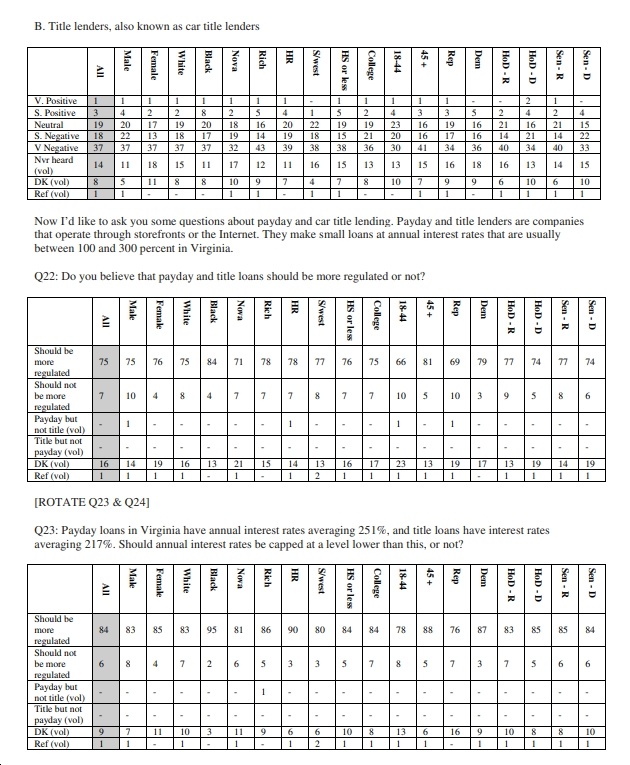 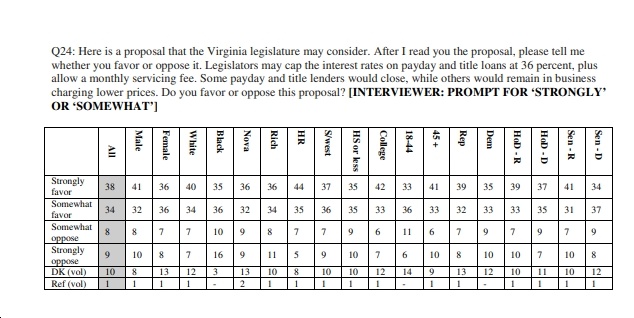