“Other members stand to make money off companies working to combat the disease. Rep. Rob Wittman (R-Va.) purchased between $1,001 and $15,000 of stock in the pharmaceutical company AbbVie Inc., on Feb. 27, the day the company released a statement saying it had donated one of its antiviral drugs to China as an experimental option for treating the coronavirus and that it was exploring a research collaboration on potential treatment options.

Wittman’s office said he “does not have any involvement in investment decisions for his financial portfolio” and noted that AbbVie shares have since lost value. The office later added that Wittman’s initial AbbVie purchase was for $1,218.”

In response to the story, Rashid had issued this statement on Monday, in which he wrote, “Congressman Wittman quietly betrayed our trust by purchasing between $1,001 and $15,000 of stock in the pharmaceutical company AbbVie Inc.” Wittman’s response was basically to lash out, calling Rashid’s statement “despicable” and arguing that he gives “complete authority to a financial adviser.” As you can see, below, Rashid responds to that claim as follows:

“.@RobWittman *doesnt* say his investments are in a Blind Trust—but uses fancy legal jargon to distance himself Somehow his agent bought the exact stock one would buy w/exact advanced knowledge for a corp working on the exact vaccine on the exact date the corp announced it.”

In other words: game/set/match to Rashid, who for many reasons – for instance, that he’s a gazillion times more ethical than Wittman – would make an *infinitely* better Congressman than the current occupant of the VA-01 seat. 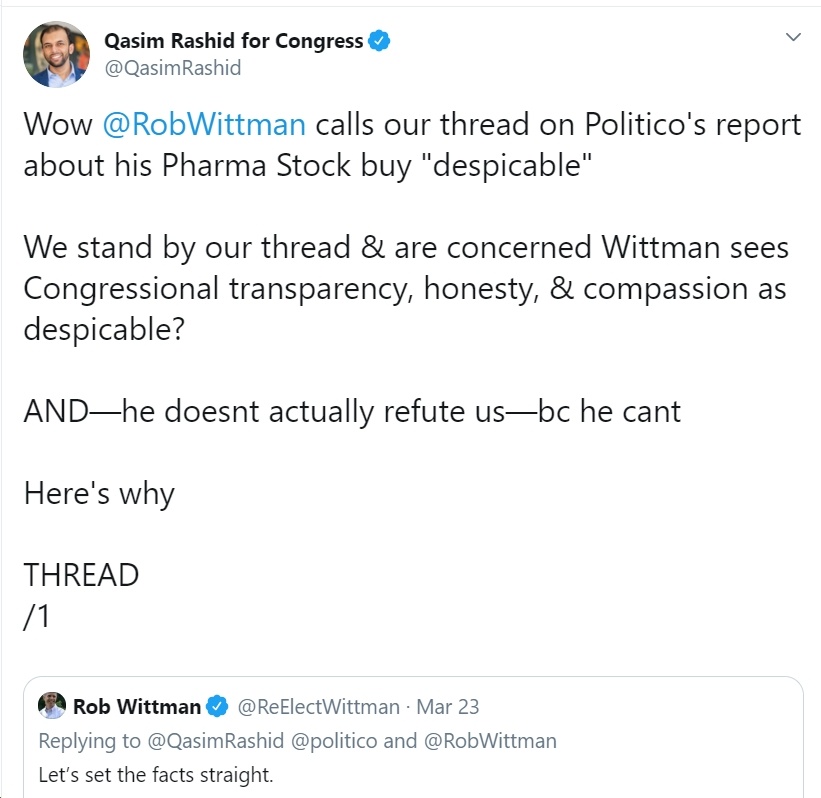 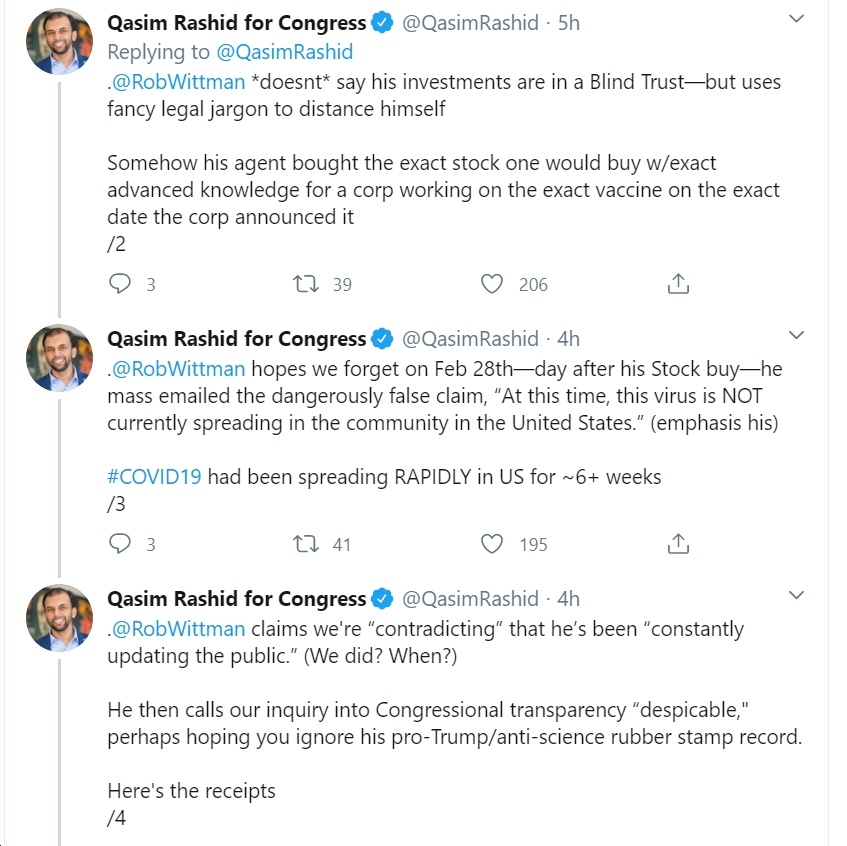 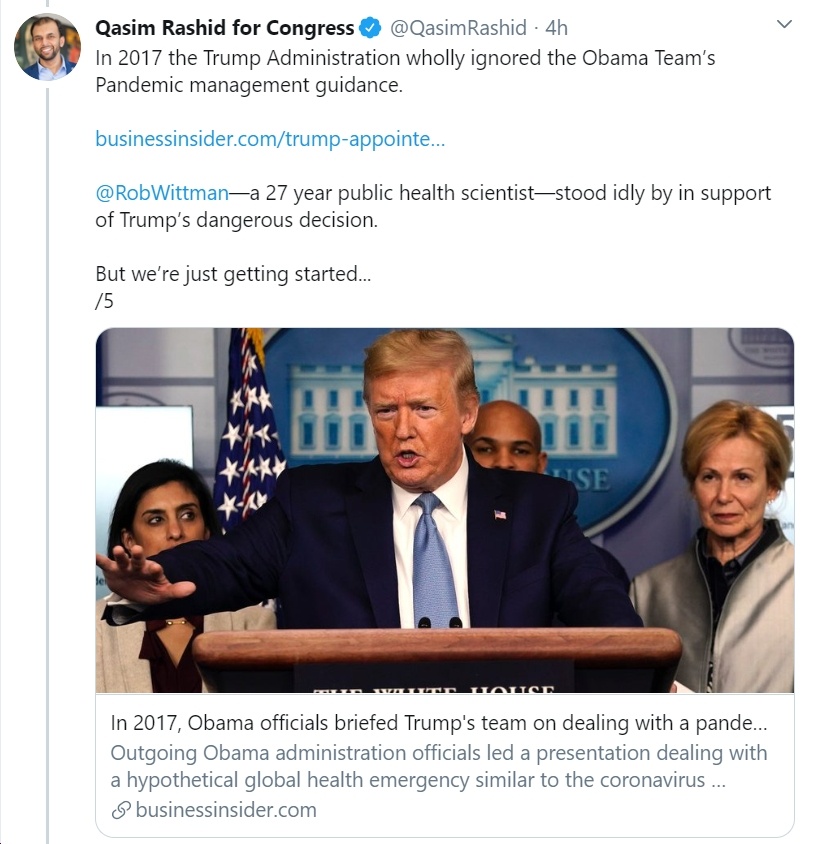 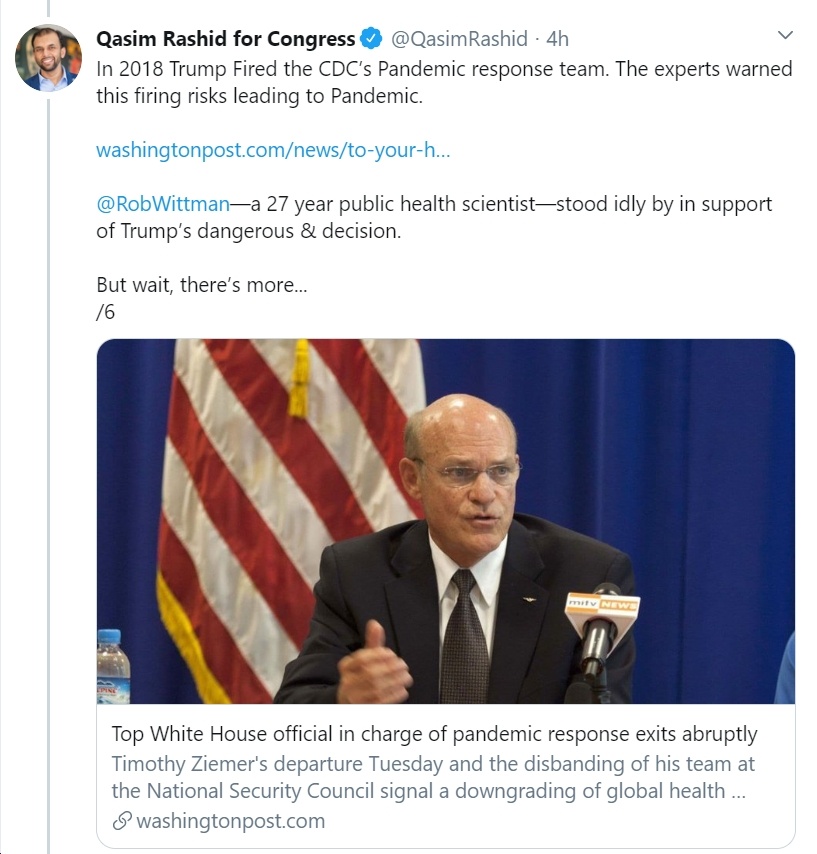 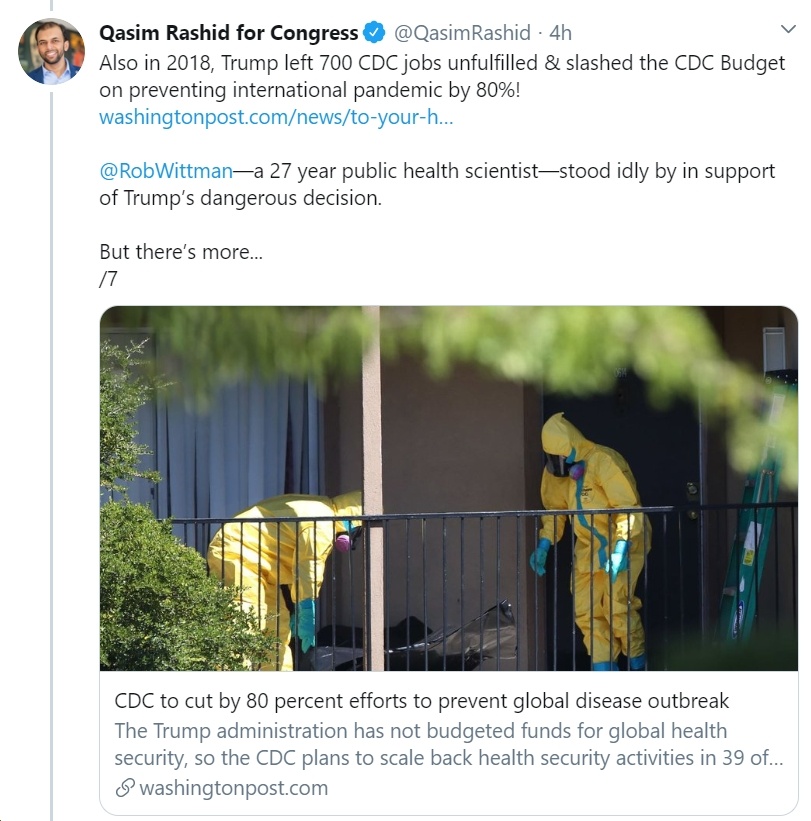 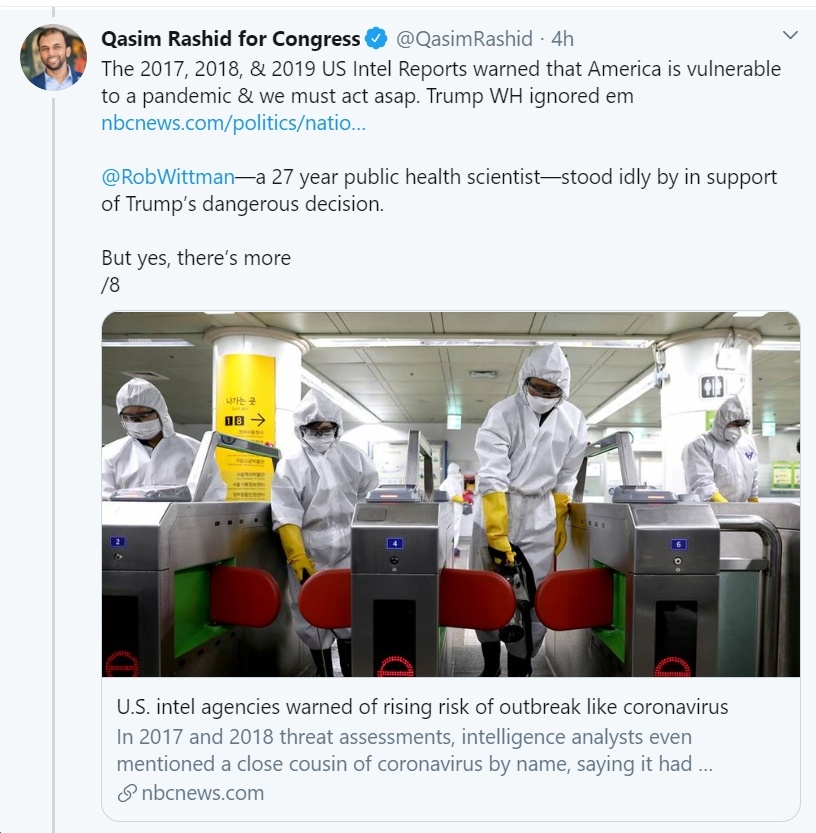 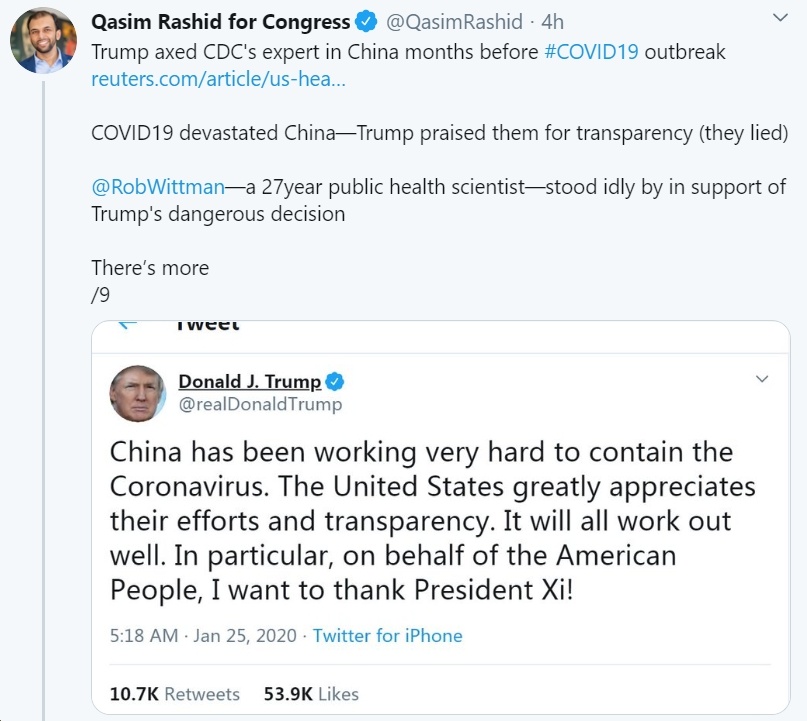 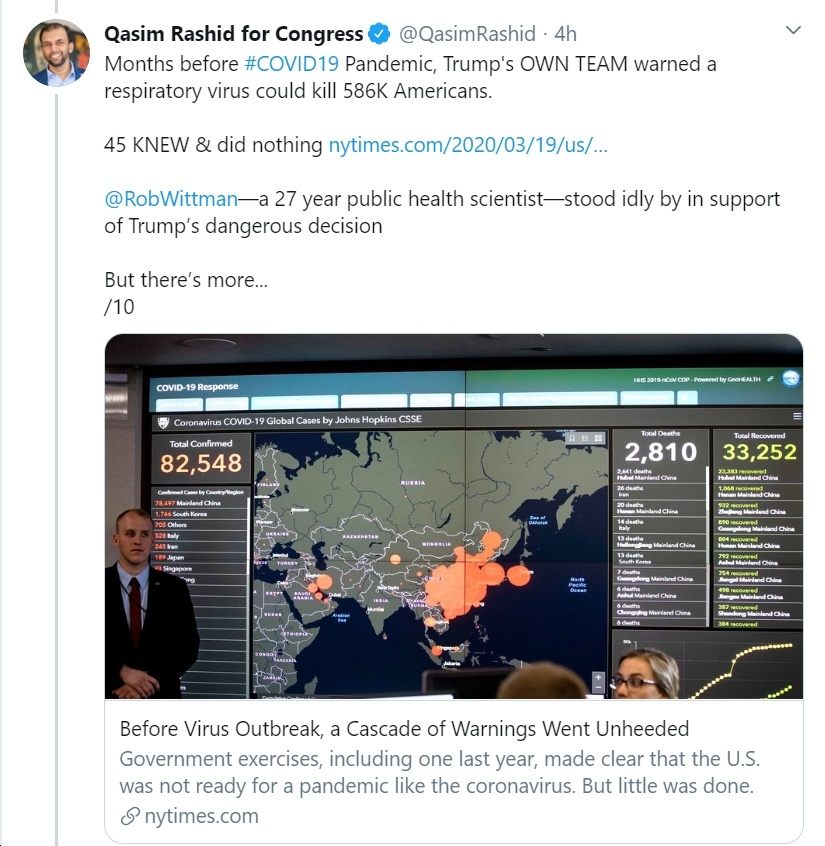 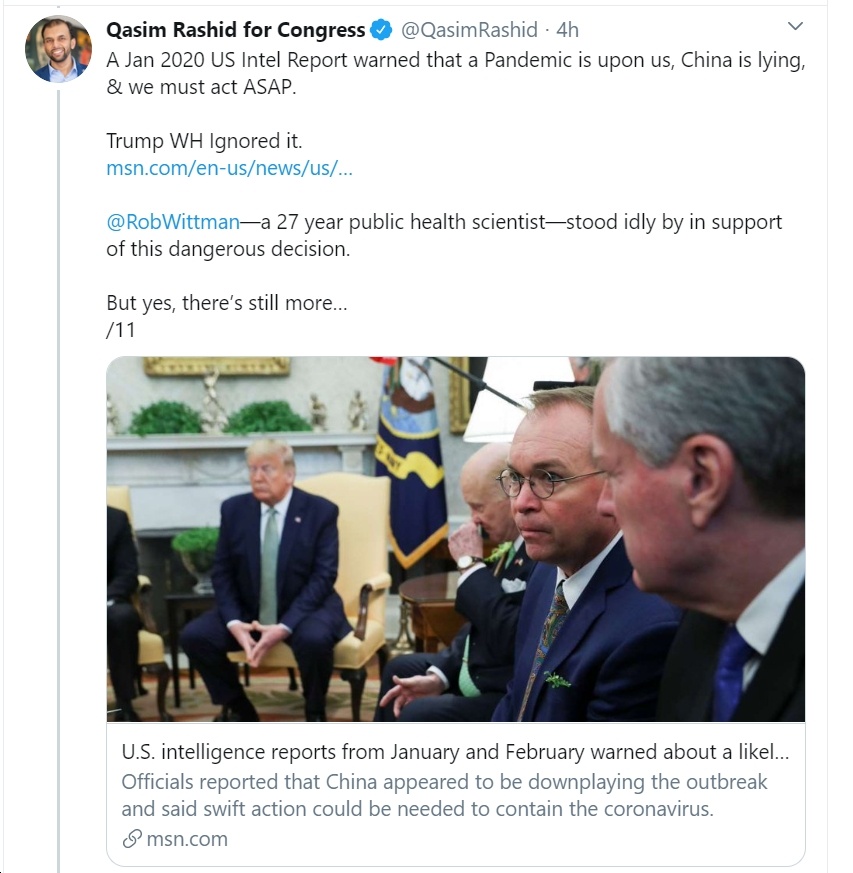 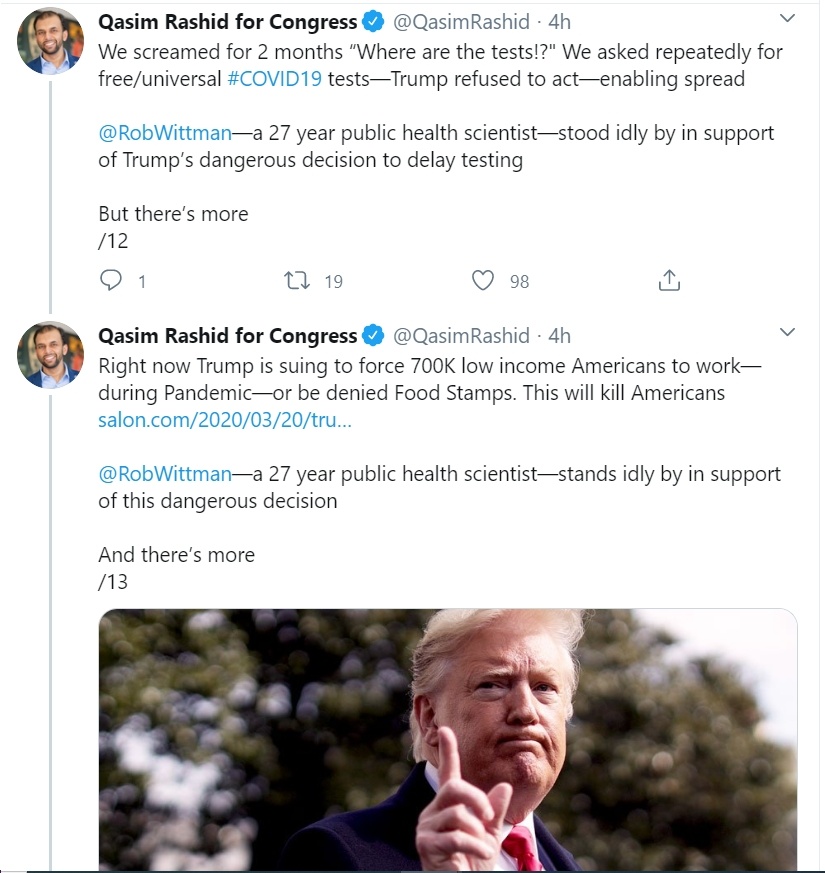 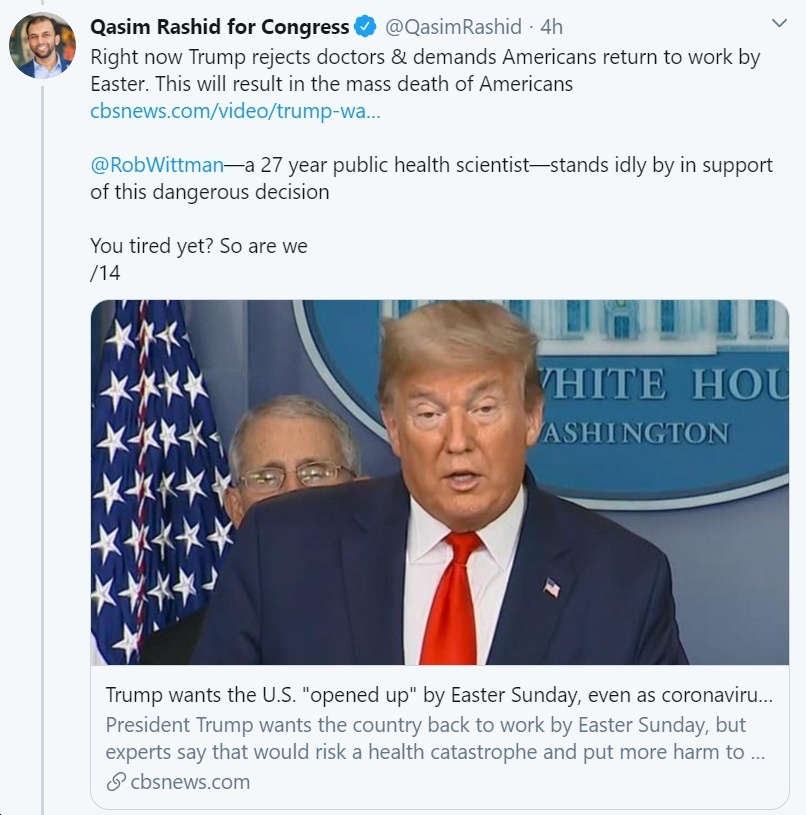 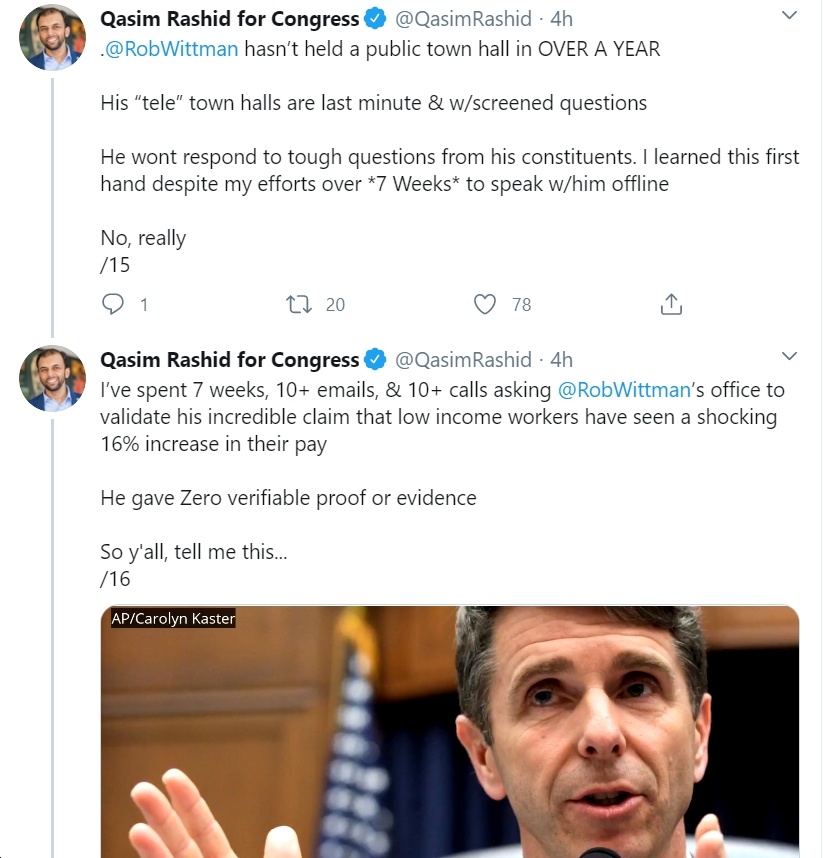 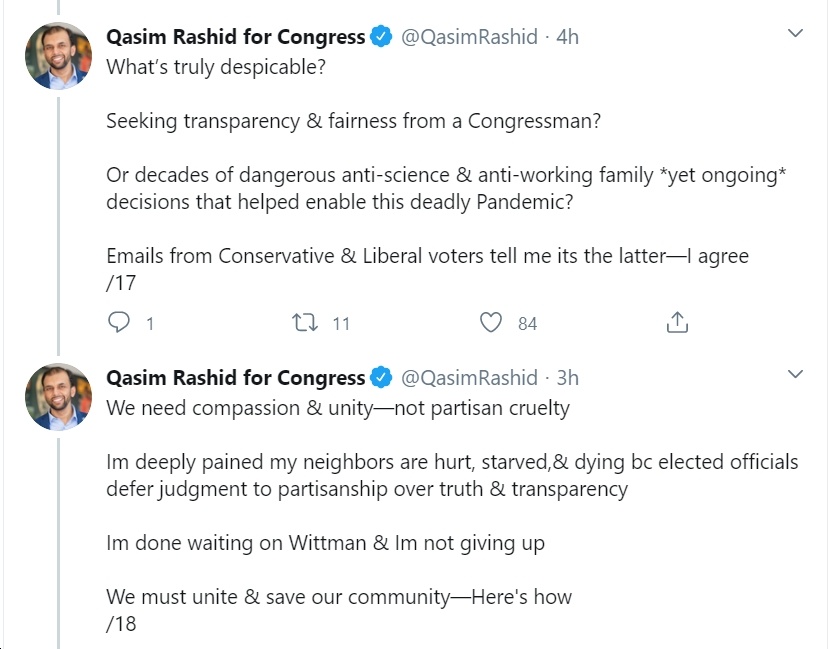 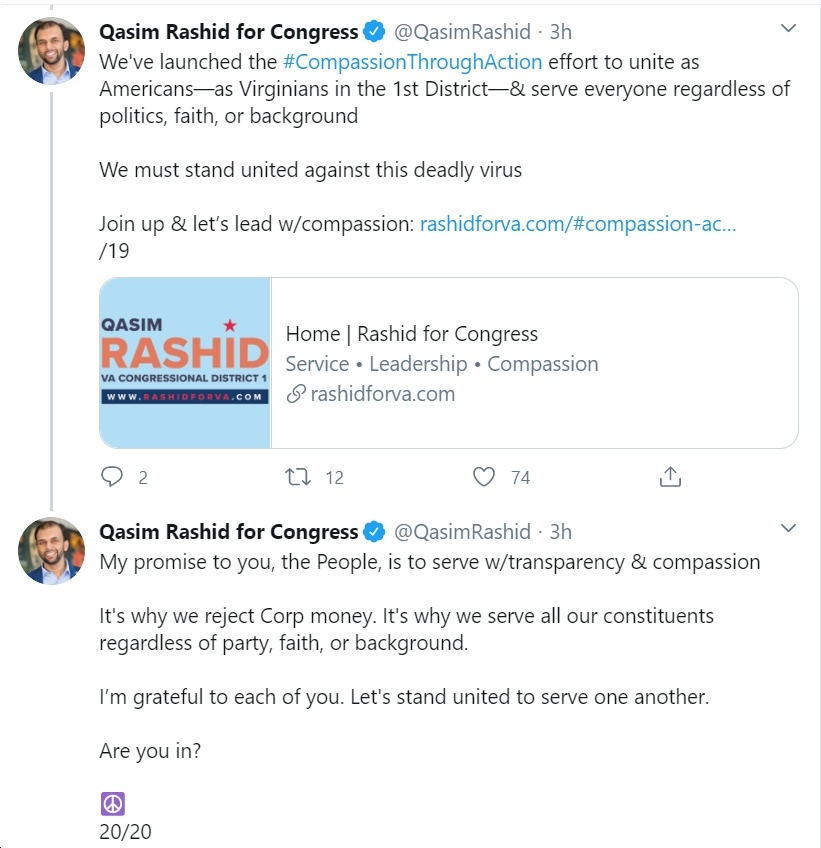