Regardless of who you support, who do you think actually will win Virginia’s Democratic presidential primary on Tuesday? See below for a poll, and also the latest from FiveThirtyEight.com and PredictIt.org. I’m thinking that Joe Biden wins Virginia, followed by Bernie Sanders and Michael Bloomberg. What do you think? 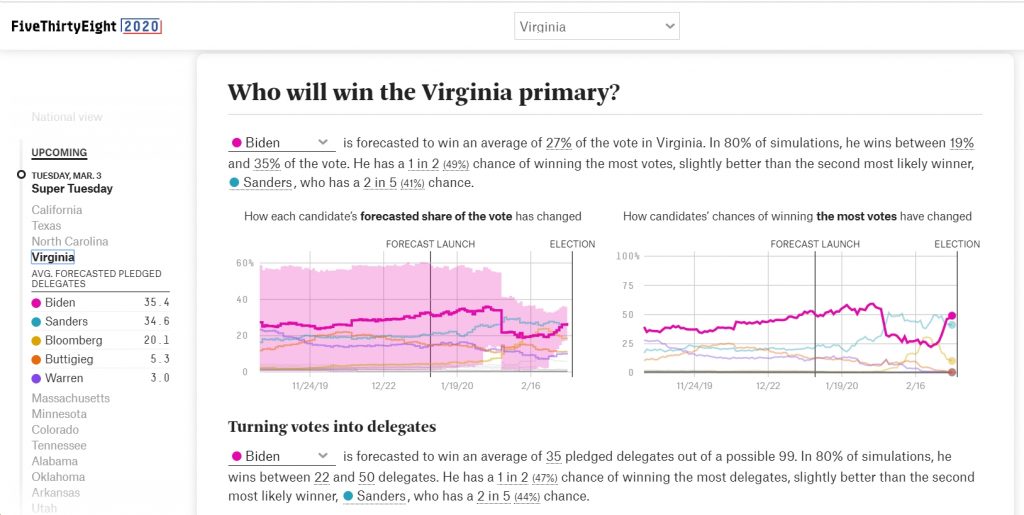 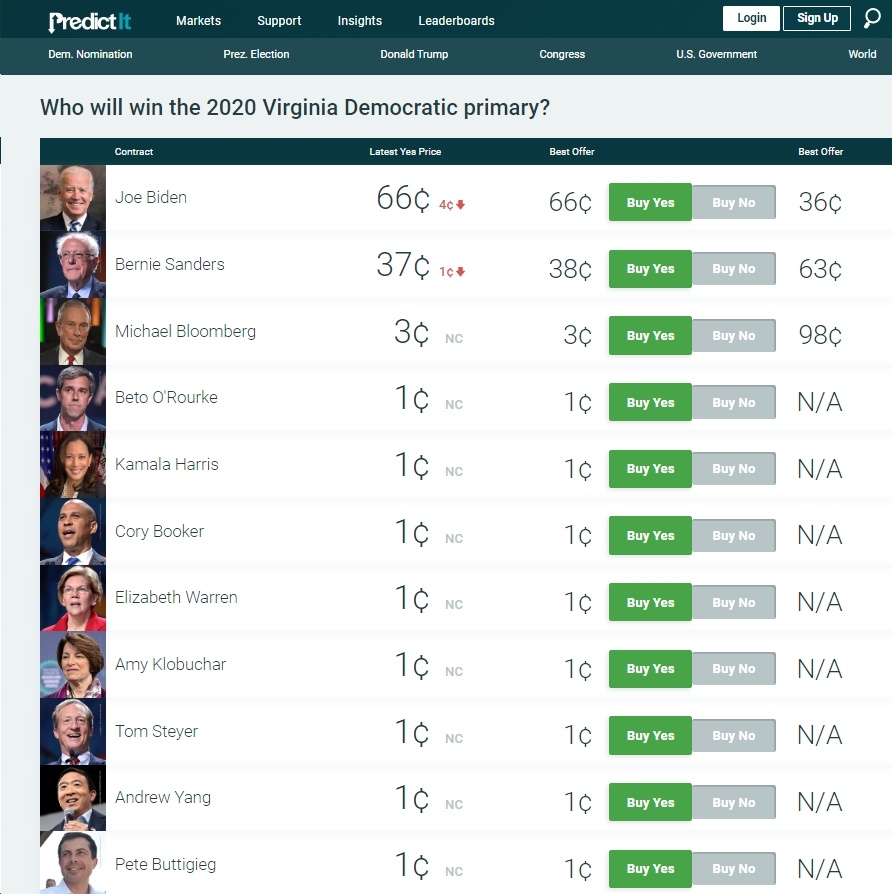