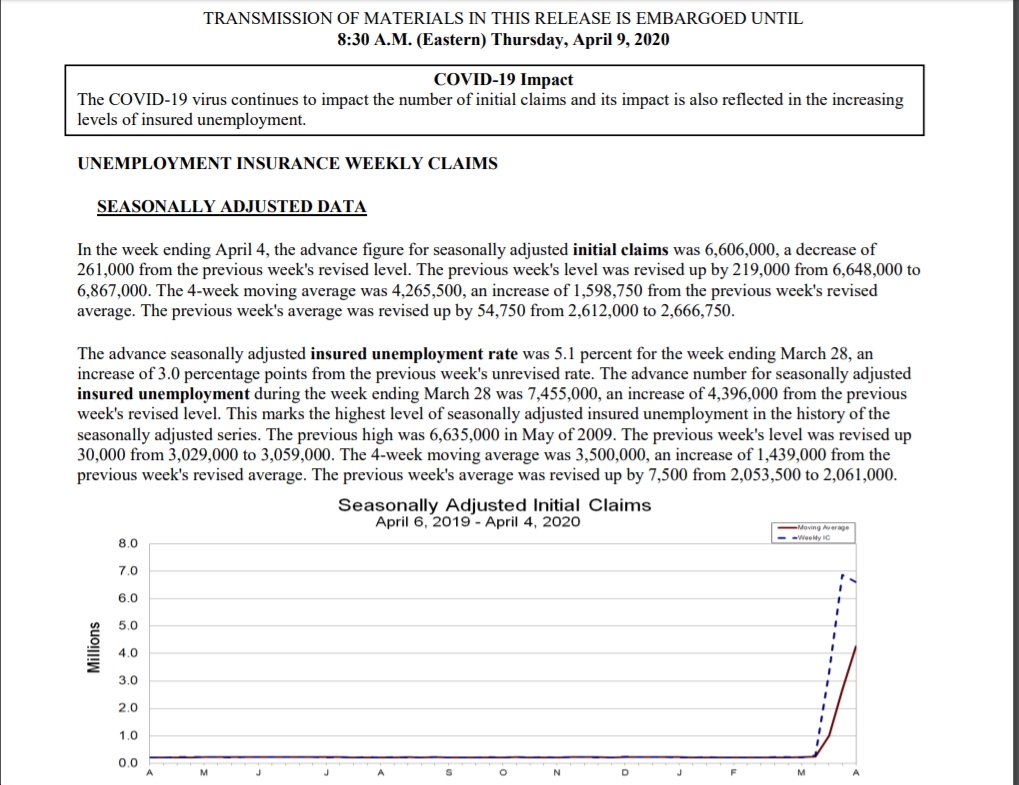 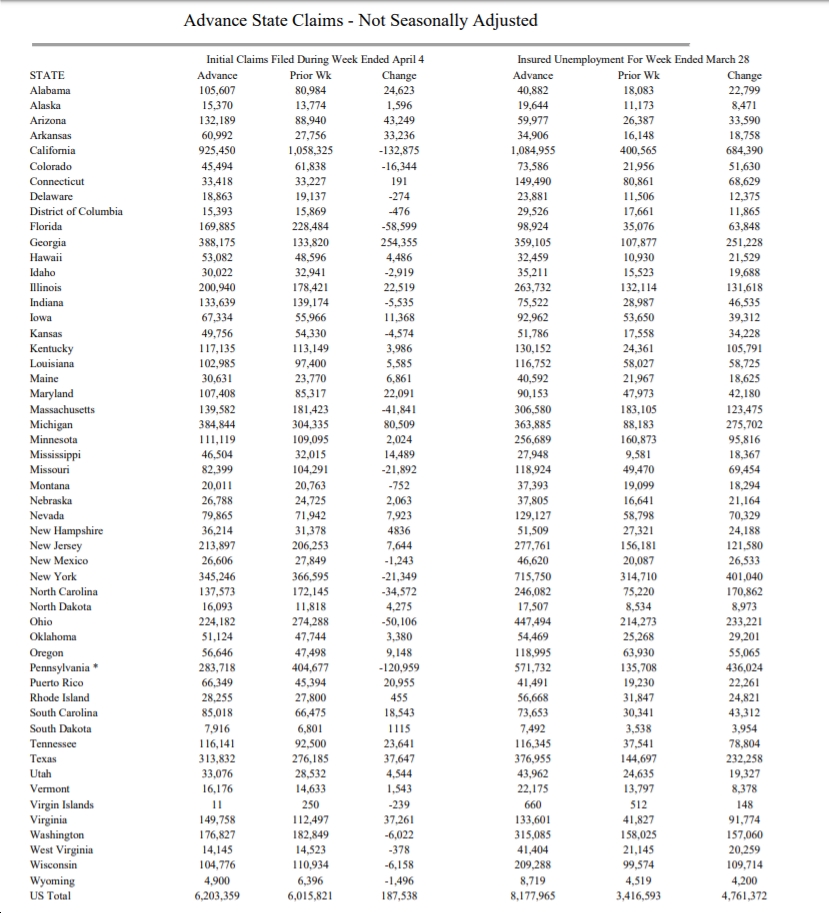 P.S. To put Virginia’s unemployment claims in perspective, the labor force is about 4.4 million and total unemployed were 119k in September. Now. we’ve added over 260k to that in just the past two weeks, implying an unemployment rate now around 9%.