See below for some interesting graphs, courtesy of VPAP, regarding yesterday’s Virginia city and town elections. As for the results, you can view them at the Virginia Dept. of Elections website, including: 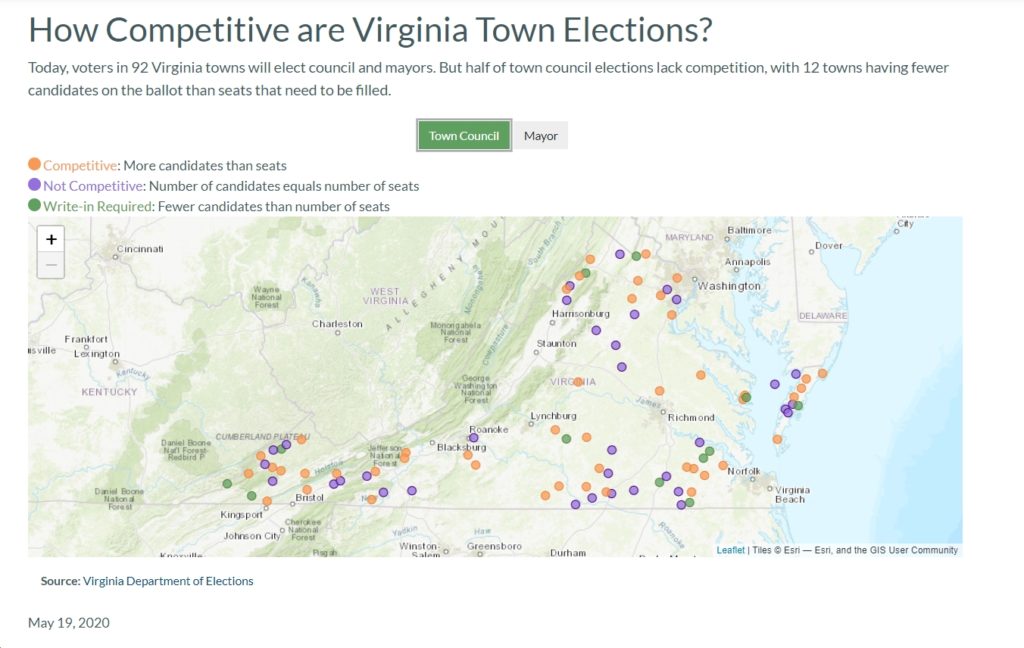 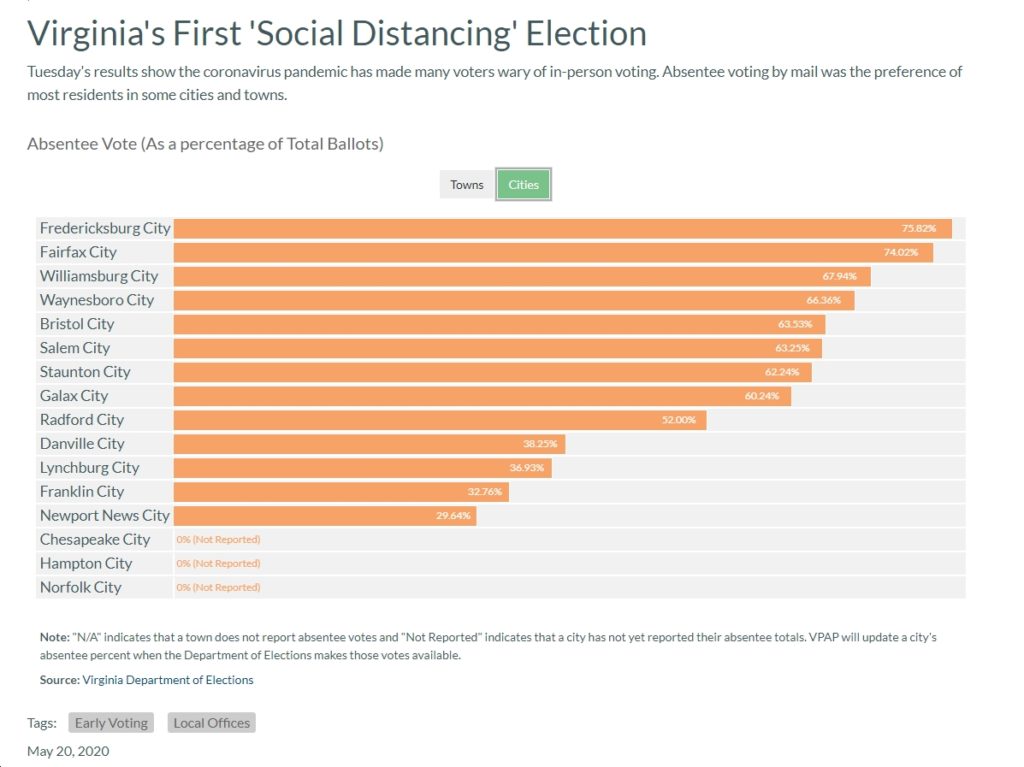 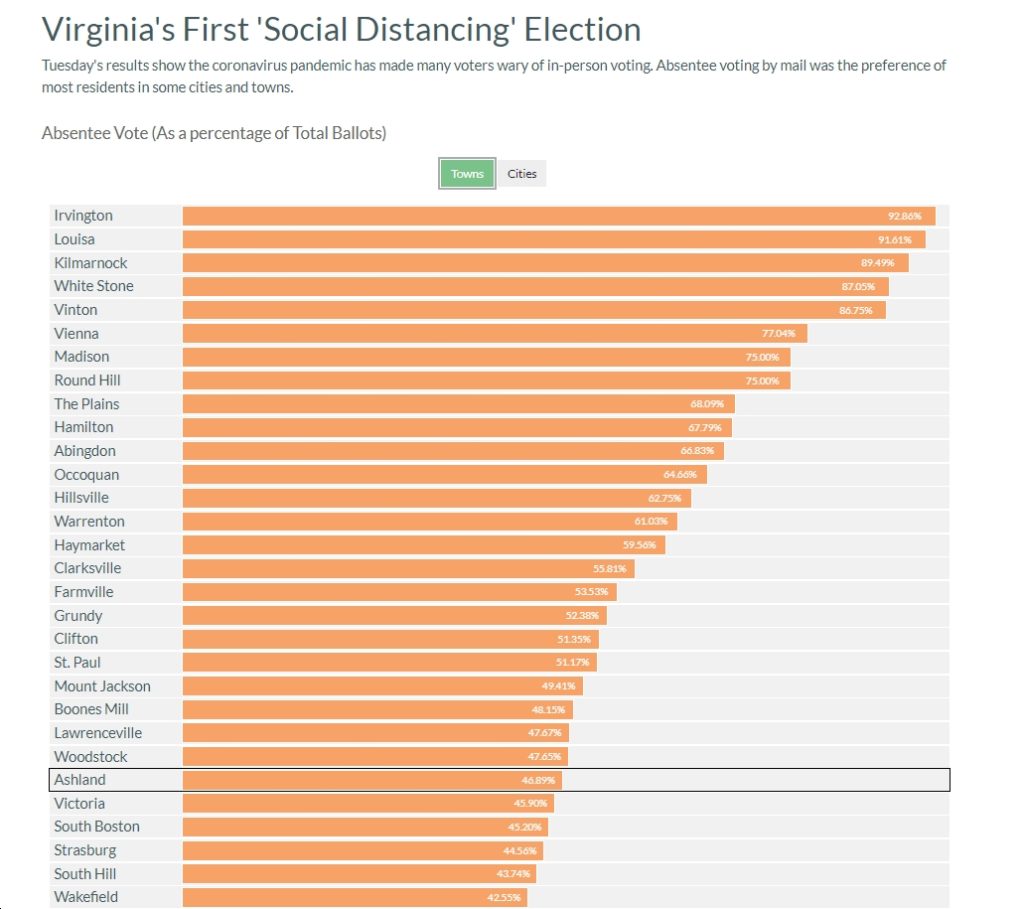 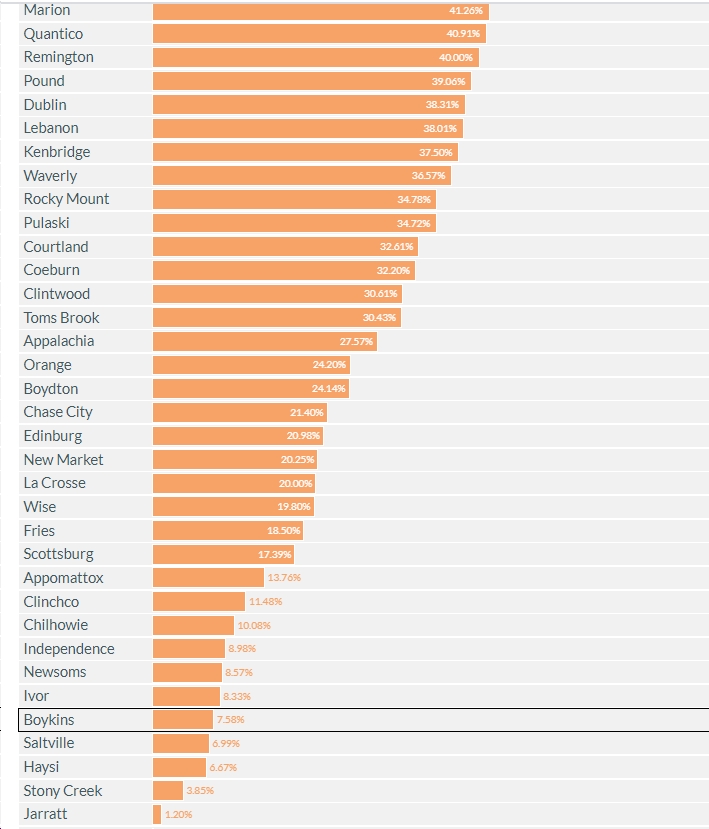