“I want to thank Virginians for my 30 years as their Senior U.S Senator. I was also privileged to serve in the Navy during the final period of World War ll. Although I was an enlisted swab, the superb training I received, the great friendships with sailors from all walks of life laid a strong cornerstone, one that has given that “can do” spirit throughout my life. Most importantly that Navy experience enables me to evaluate the remarkable naval career Commander Luria achieved over two decades serving America,” said Senator John Warner. “In my many years serving as Secretary and Under Secretary of the Navy, I saw firsthand the challenges that were met by women moving up in rank and responsibility. Commander Luria met those challenges and concluded her career in top command positions. That is why I am supporting the re-election of Congresswoman Elaine Luria. Given the challenges facing our country now, I am grateful Elaine is now “at the helm” guiding our great ship and representing the Second Congressional district of Virginia. Her military experience, respect for and adherence to our Constitution, and commitment to service members and veterans alike makes her the most qualified individual to represent Virginia’s Second Congressional district.” 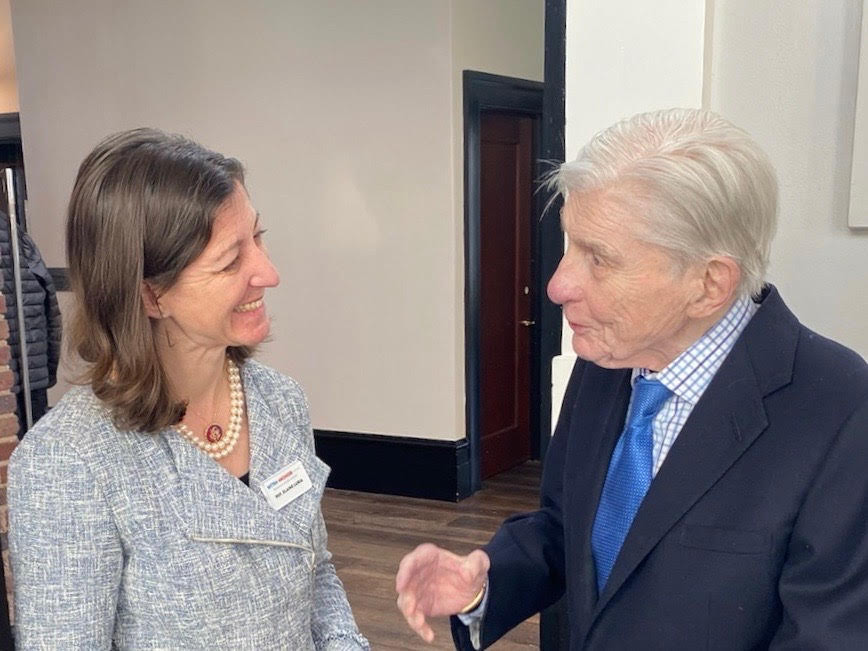 “I am honored to receive this important endorsement from a man who puts country above party and has dedicated his life to public service and our national security,” said Congresswoman Elaine Luria.

Senator John Warner served as Secretary of the Navy from 1972 to 1974 and as a five-term Republican U.S. Senator from Virginia from 1979 to 2009. A veteran of WWII and the Korean War, Warner put country above politics in refusing to endorse Donald Trump for president in 2016 due to Trump’s criticism of the military and degrading of veterans.

A 20-year Navy veteran, Congresswoman Elaine Luria serves on the House Armed Services Committee, where she holds a leadership position as Vice Chair of the Seapower and Projection Forces Subcommittee. As Chair of the Disability Assistance and Memorial Affairs Subcommittee, Congresswoman Luria is the first woman veteran to chair a House Committee on Veterans’ Affairs subcommittee. She was recently named one of the most effective members of Congress by a 2019 GovTrack Report Card, passing the third most laws of any Representative in the U.S House. Her legislative priorities and accomplishments service members, veterans and their families.

Congresswoman Elaine Luria represents Virginia’s Second Congressional District, which includes all of Accomack and Northampton Counties, the cities of Virginia Beach and Williamsburg, as well as portions of Norfolk City, Hampton, and York and James City Counties. In 2018, Elaine Luria flipped VA-02 from a Republican incumbent and is a current Frontline incumbent.