According to today’s Utility Dive, “Dominion Energy filed its 15-year, long-term integrated resource plan (IRP) for Virginia on Friday, with three separate models to increase solar, wind and energy storage capacity, including mandates from recent clean energy state legislation,” and with “Plans B, C and D all tak[ing] into account the VCEA and other legislation passed this spring.” The headline from the Utility Dive story, that “Dominion jacks up renewables and storage in Virginia IRP, following landmark clean energy rule,” is accurate to a degree, but with some important caveats, such as:

With that, here are a few graphics and highlights from Dominion’s IRP. 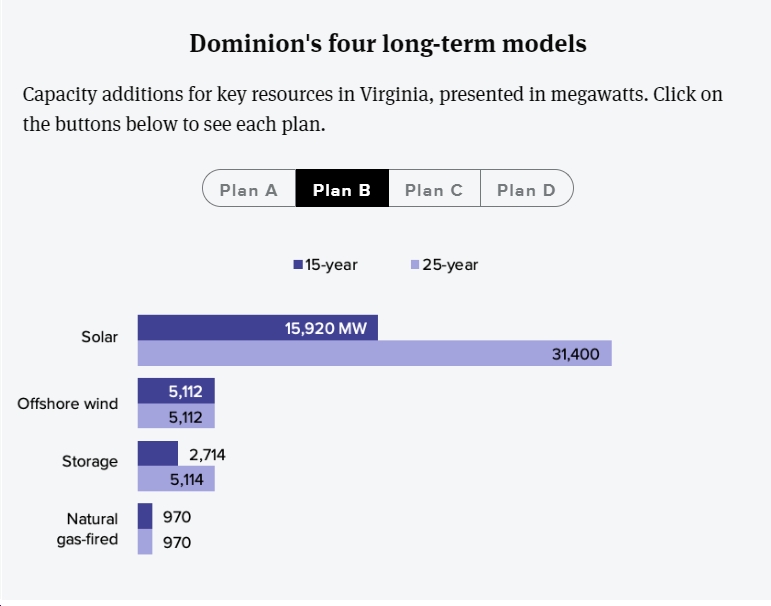 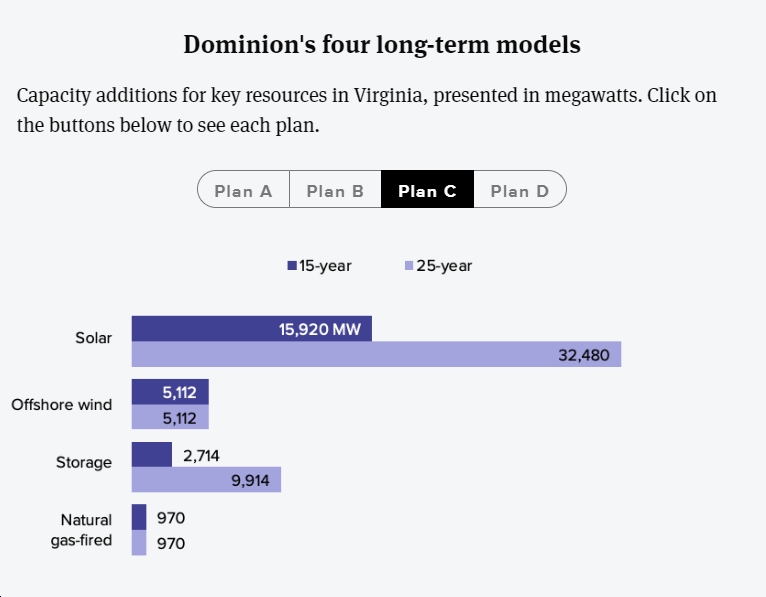 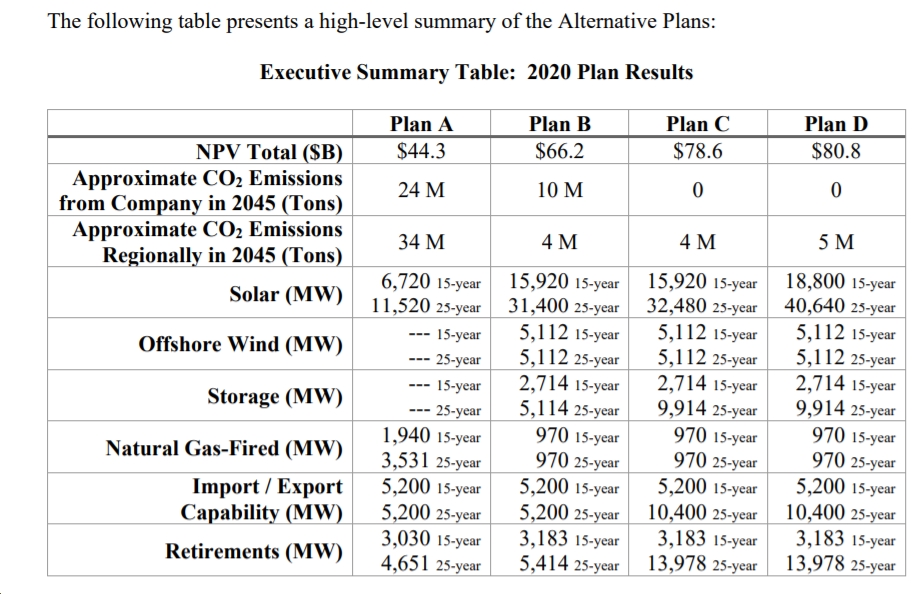 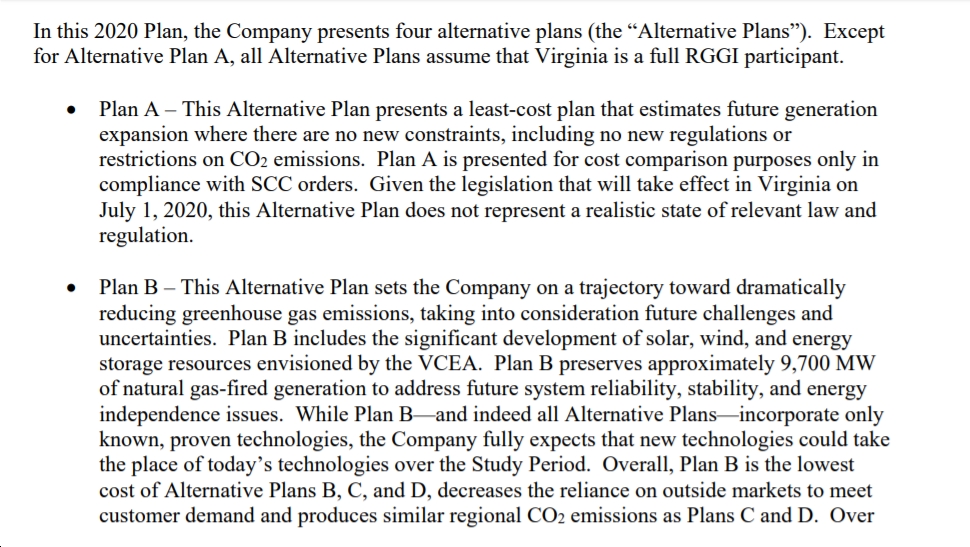 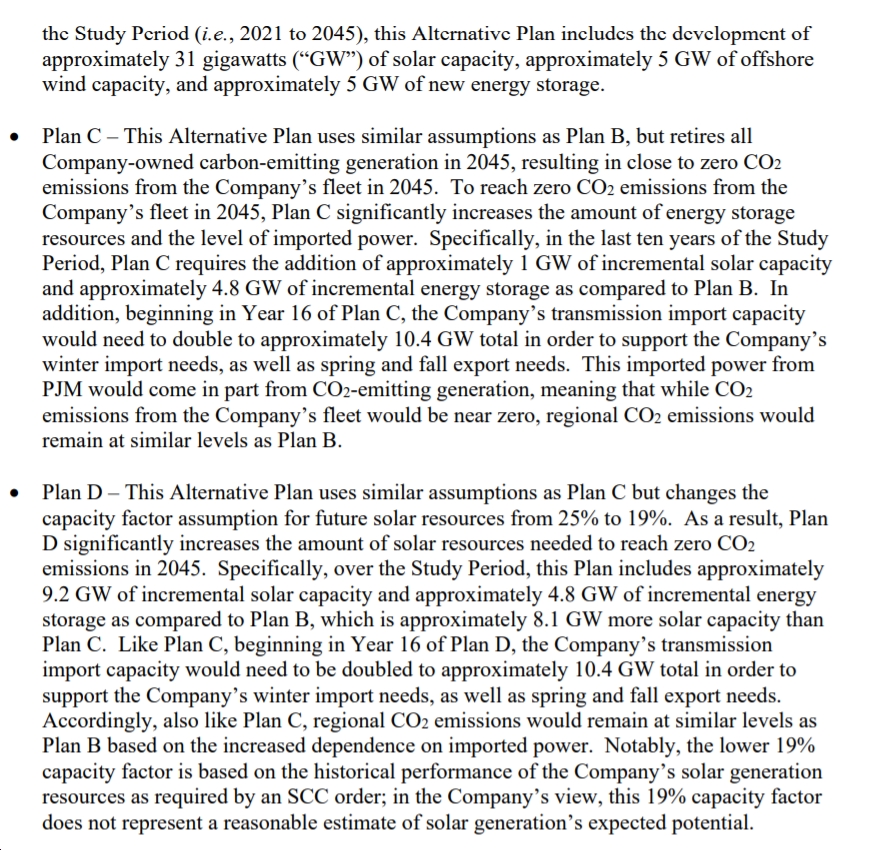 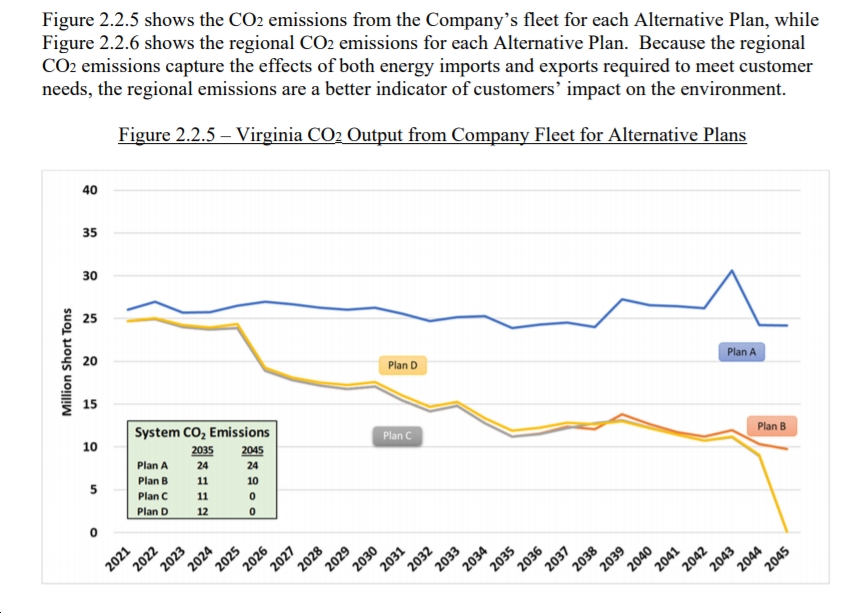 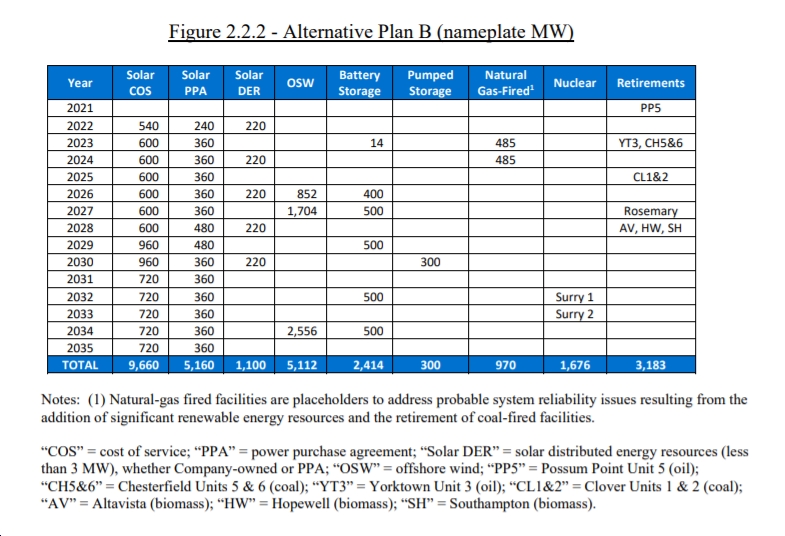 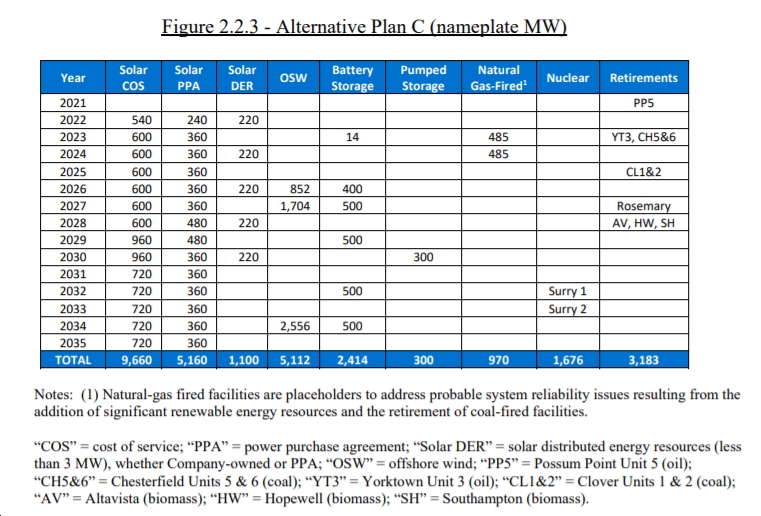 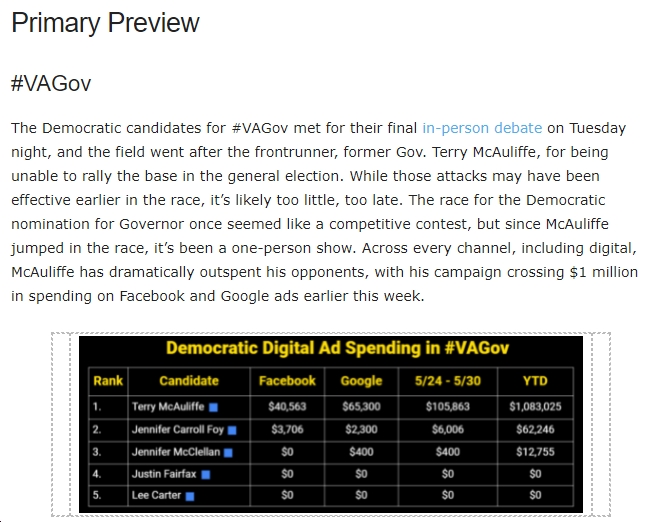 Totally unacceptable in general, let alone in someone who wants to be governor! https://bluevirginia.us/2021/06/video-glenn-youngkin-says-slavery-was-abhorrent-but#comment-5417762980 h/t @grantxfox