On June 8, we posted Henrico County Commonwealth’s Attorney Shannon Taylor’s statement that she would be “investigating whether hate crimes charges are appropriate” after the self-proclaimed KKK President” drove his truck into a group of peaceful protesters against racial injustice and police brutality on June 7. We also reported, on June 10, Taylor’s comments that “if we are able to [charge the Virginia ‘KKK President’ with hate crimes], we will be charging.” Well, now – as you can see in the following statement – Taylor says she has enough evidence and served additional warrants against the “KKK President” last night, including “4 counts of assault with hate crimes,” “2 counts of felonious attempted malicious wounding” and “1 count of felony hit and run.” Great work by Commonwealth’s Attorney Shannon Taylor! 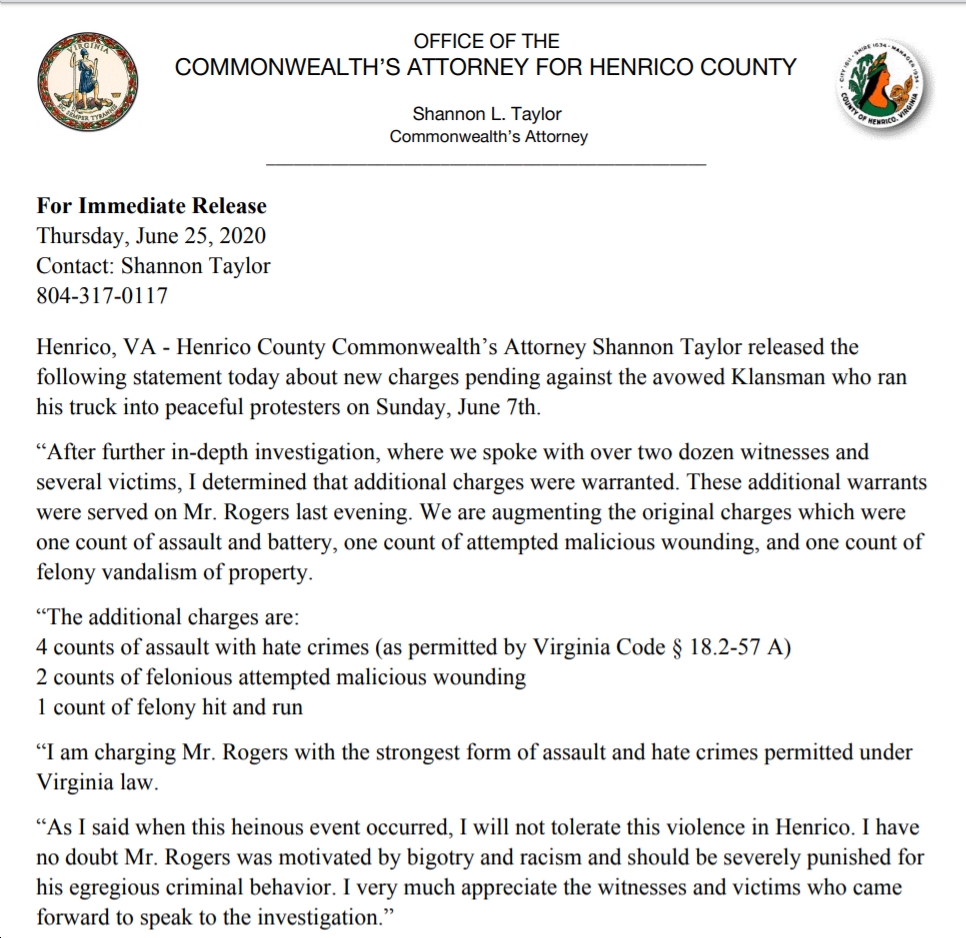