“In the video, the assisting officer reported over his radio that the man is walking around in the middle of the street, and was audibly rambling.

The man appeared to tell an EMT responder he wanted to detox before returning to pace around in the middle of the street again.

Timberlake seemed to come from behind the ambulance and then tased the man soon after coming into the body cam’s frame.

He ordered the man to roll over while he put his knee on his back and tased the man in his neck while he was on the ground.

EMTs and the assisting officer then came in to help restrain the man.”

See below for a statement from Fairfax Commonwealth’s Attorney Steve Descano’s office; apparently, there’s going to be a news conference shortly to explain more about what’s going on here. 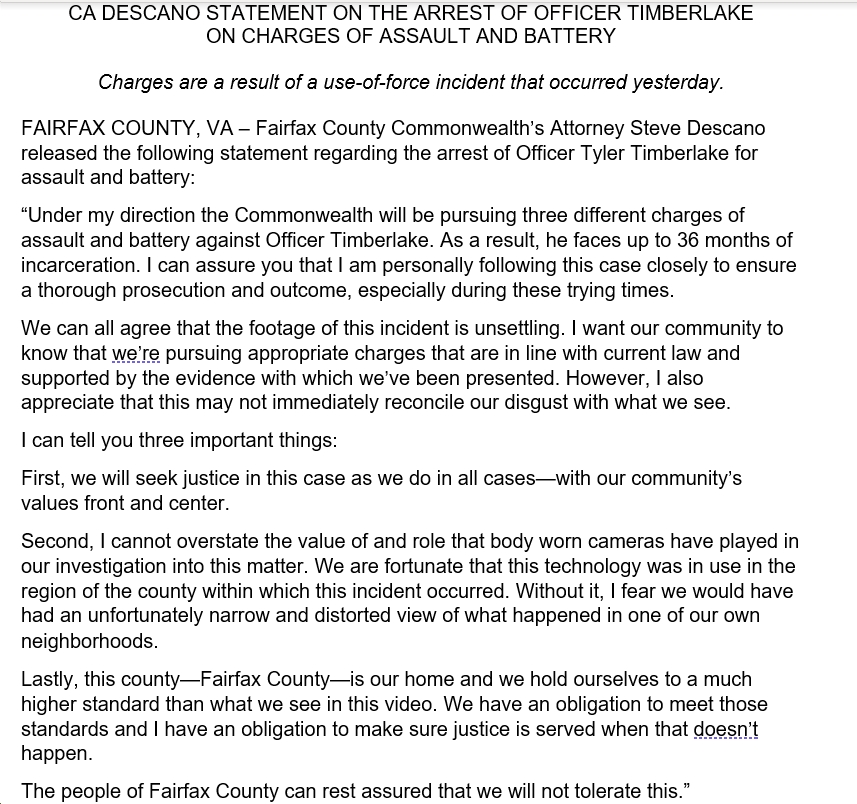