See below for some responses from Virginia Democratic candidates and elected officials, as well as VP Joe Biden, to Trump retweeting a video with a #MAGA individual shouting “White Power!” I’ll add more reactions as I see them. As for Republicans, presumably most of them won’t say a word, because that’s who they are and how they behave.

Today the President shared a video of people shouting “white power” and said they were “great.” Just like he did after Charlottesville.

We’re in a battle for the soul of the nation — and the President has picked a side. But make no mistake: it’s a battle we will win. 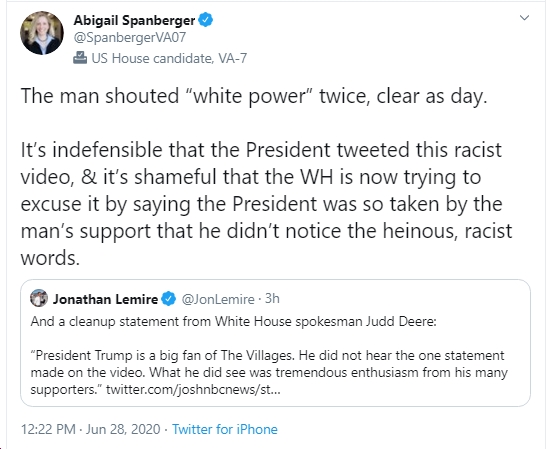 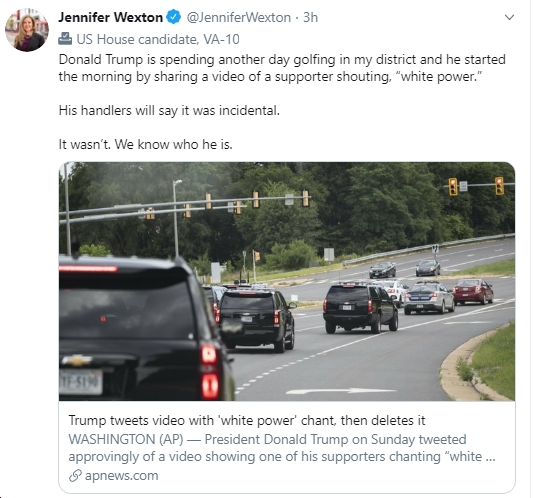 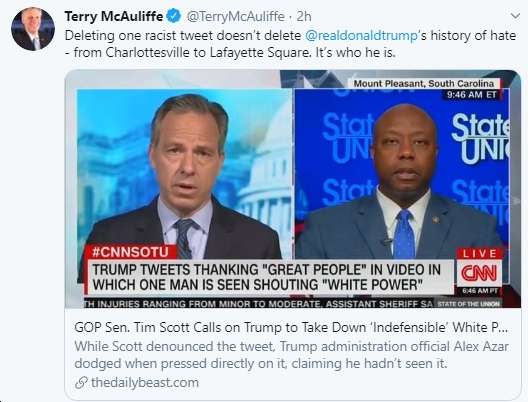 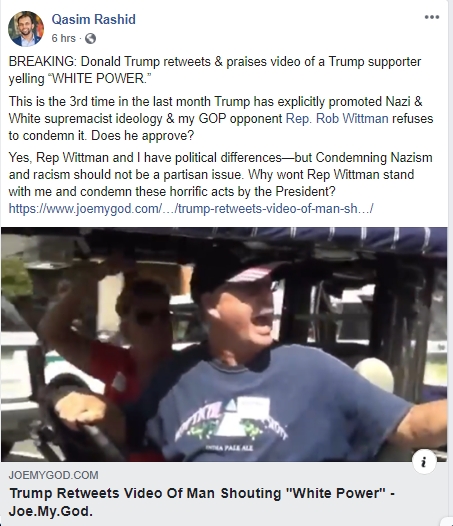 Former President @BarackObama endorses 21 Virginia House of Delegates candidates, stresses that "some of the most important changes often start in state legislatures." Now, it's up to you. Go vote - blue, of course! https://bluevirginia.us/2021/10/saturday-news-democrats-narrow-differences-on-bidens-agenda-mull-billionaire-tax-january-6-wasnt-a-riot-it-was-war-facebook-allowed-hate-illegal-activity-to-go-unchecked#comment-5581419710