See below for video and highlights from Richmond Mayor Levar Stoney’s press conference this afternoon, at which he announced the resignation of the city’s police chief – who Stoney said is a “good man” – and the naming of an interim police chief. According to Mayor Stoney, Richmond has “a good police department…but I also believe we can be better.” Stoney added, “I’m committed to reimagining public safety” and said he supports a Citizen Review Board, “restorative justice,” the “Obama Pledge for Mayors,” celebrating Juneteenth as a holiday this Friday, etc. 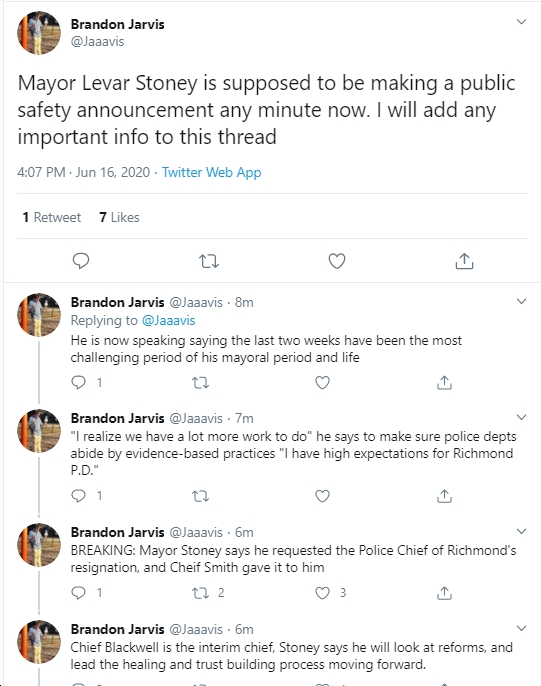 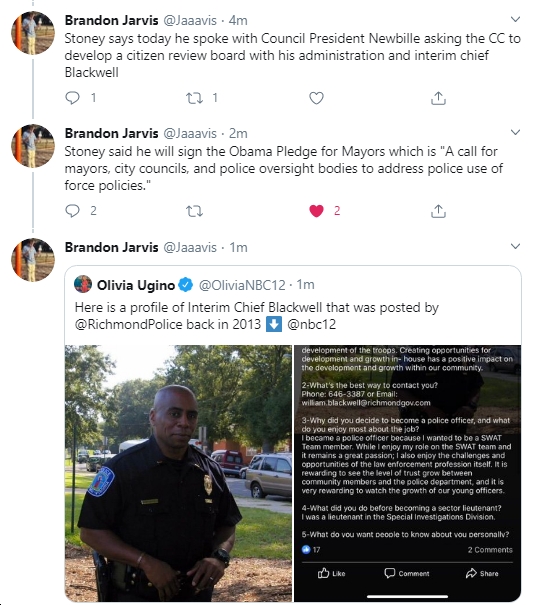 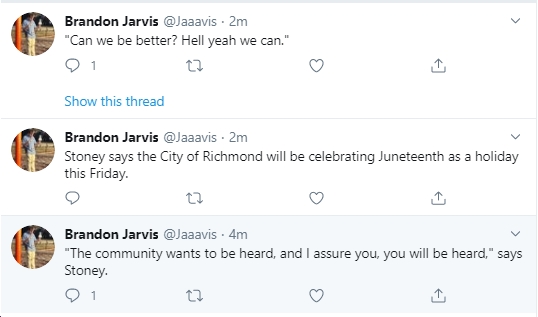 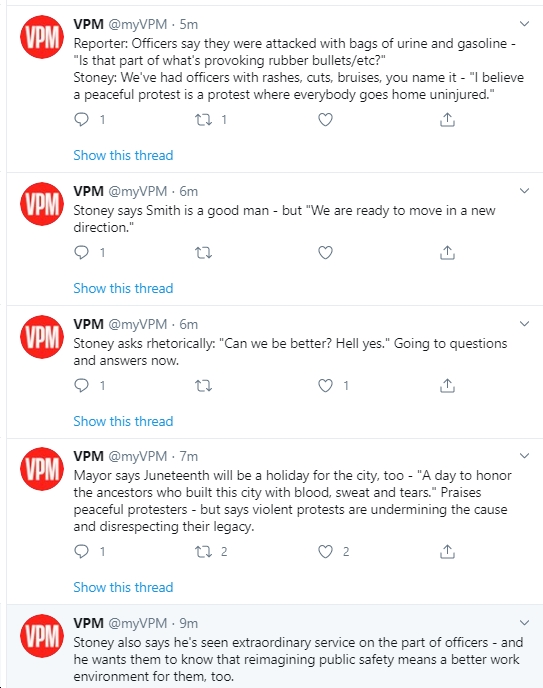 VA House GOP “Recklessly Full of It” on Jury Sentencing Bill; Gets Called Out for “Ridiculous Fearmongering” on Bill That “puts Virginia in line...