Just a few days ago, the Mountain Valley Pipeline folks were still claiming they’d finish their fracked-gas boondoggle by “early 2021.” Well…as you can see here and below, apparently not! Instead, Mountain Valley Pipeline, LLC today stated in a letter to the Federal Energy Regulatory Commission (FERC) that it “hereby submits this Request for Extension of Time for an additional two years, or until October 13, 2022, to complete construction of the Project and place the Project facilities into service.” In making this request, the company claims “unforeseen circumstances,” including “unforeseen litigation and permitting delays outside of Mountain Valley’s control.”

Despite all this, the Mountain Valley Pipeline folks claim – falsely – that it remains “vitally important for this Project to be completed and placed in service as soon as possible to meet the demand for natural gas in these regions,” and also “the Project is approximately 92 percent complete.” Except, according to this article by Jon Sokolow, “in Virginia MVP is less than 15 percent complete” and, “[i]f we are talking about the 303-mile route as a whole, barely 50 percent of construction (51.32 percent to be precise) is complete.” Regardless, it seems odd that it would require another two years to finish the remaining 8 percent of the project. Anyway…again, this is the same bunch that was claiming, just a few days ago, that the project would be done by “early 2021,” so how credible are any of their estimates? 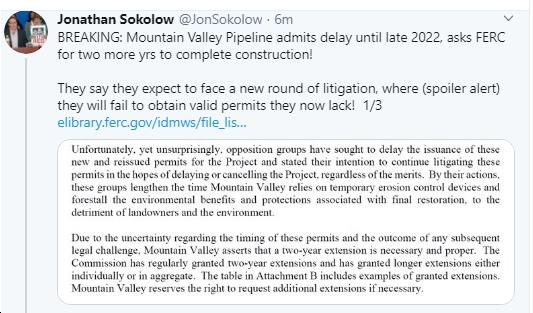 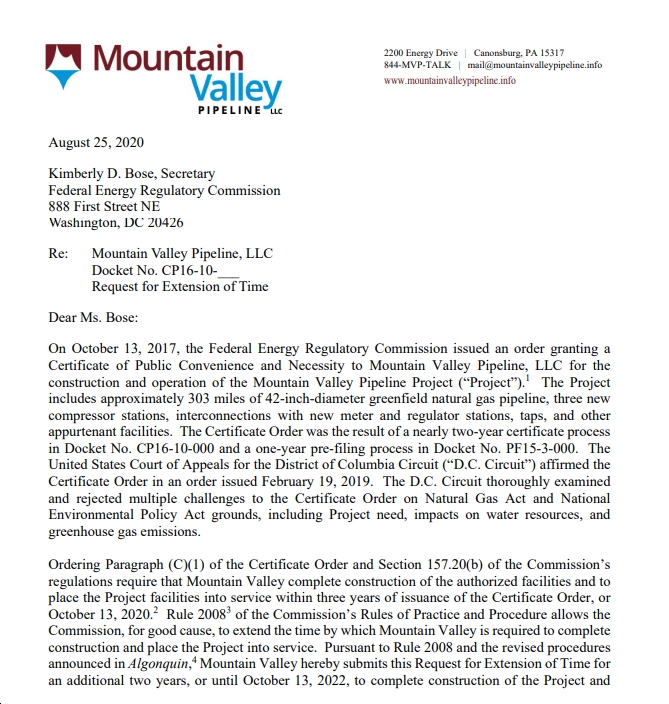 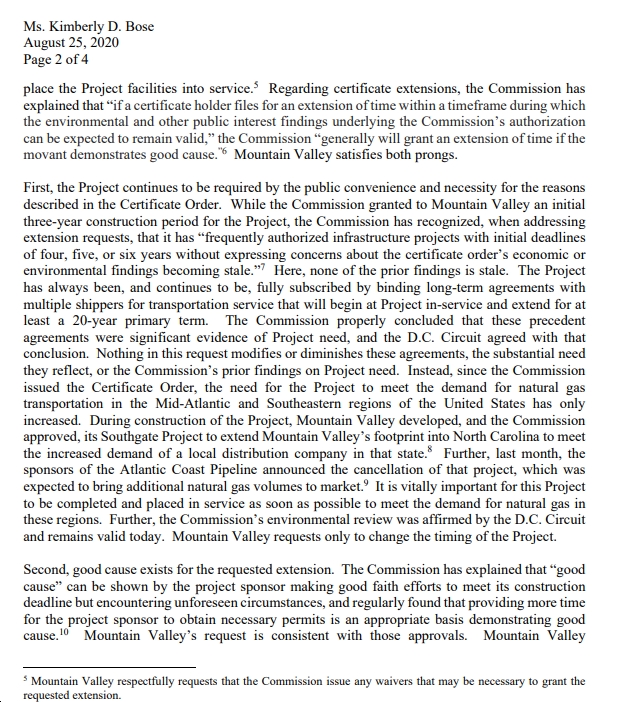 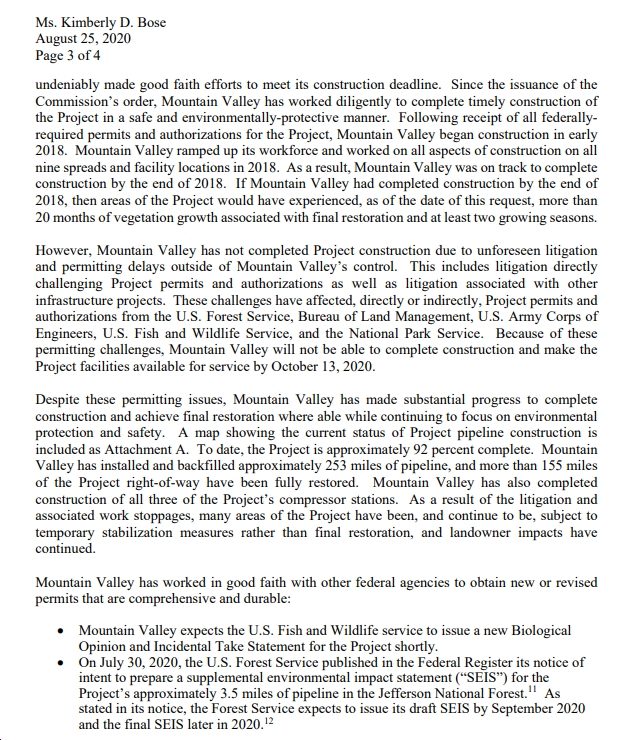 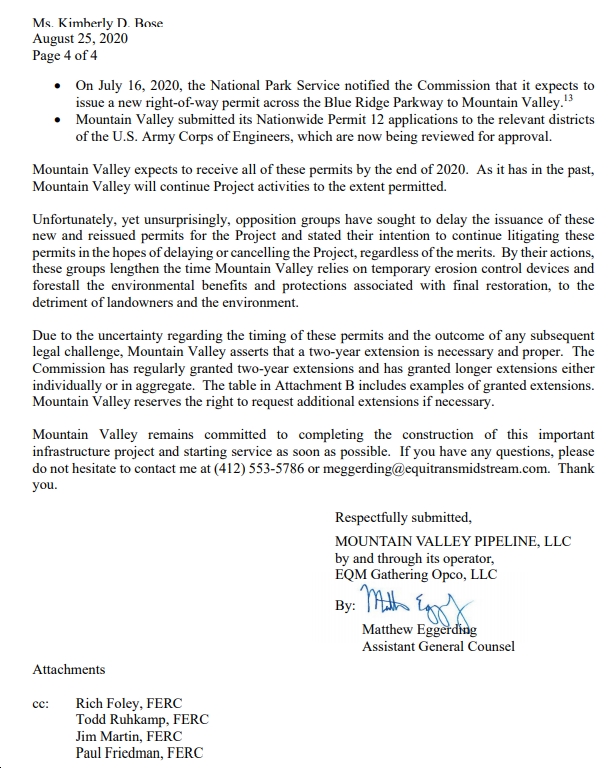 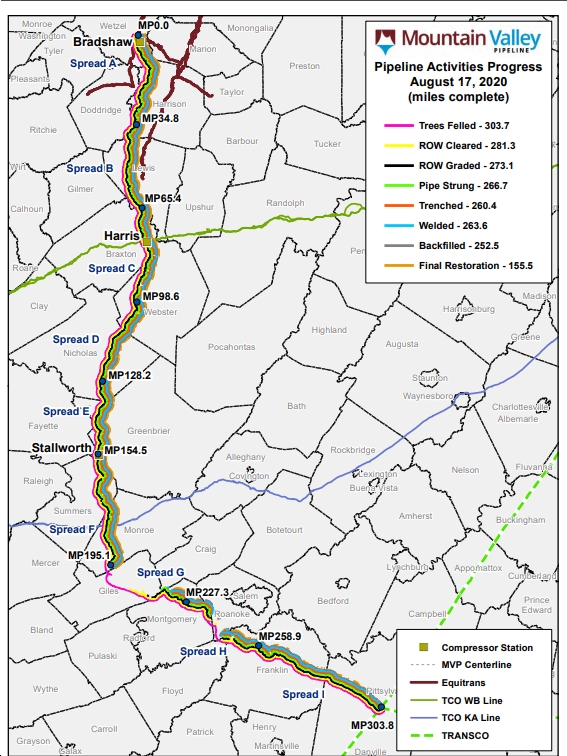 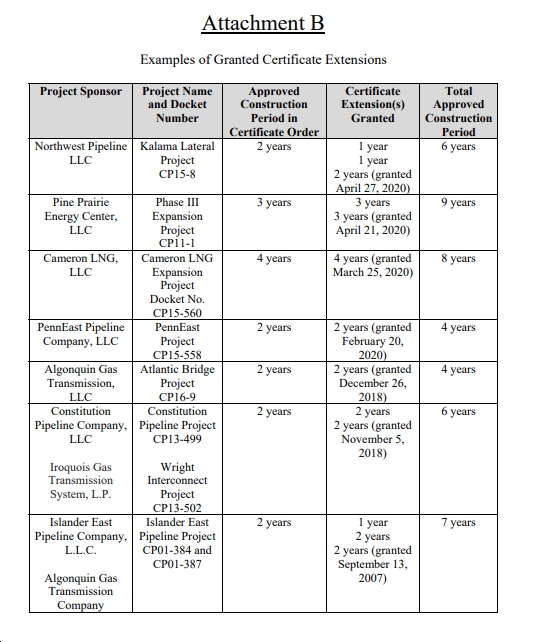