I heard from over 3,000 #VA10 constituents this week who shared their fears and frustrations on the Trump admin’s sabotage of the Postal Service.

Today we took action, passing the bipartisan Delivering for America Act to send a clear message to the President—#DontMessWithUSPS. pic.twitter.com/7HXlkNBaQs 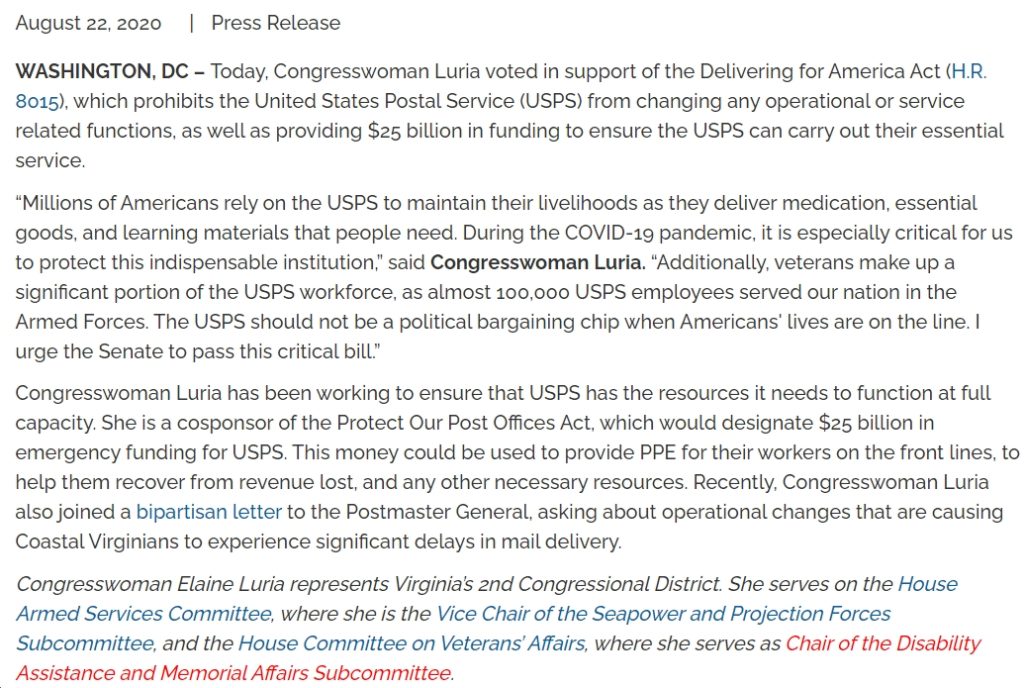 I wanted to provide a quick update — the House just passed the Delivering for America Act, legislation that will safeguard the #USPS. This is a vital step in protecting the Postal Service that so many #VA07 seniors, veterans, small business owners, and farmers depend on. pic.twitter.com/sxSeF6GXOt 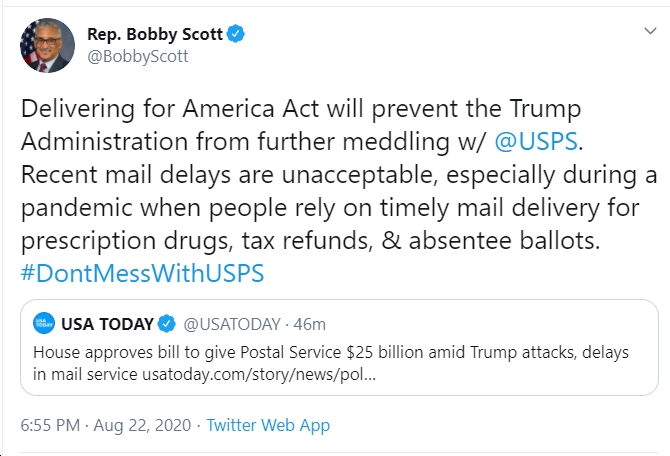 “The American people depend on the U.S. Postal Service for their businesses, their medical treatment, and this year, for their election,” said Beyer. “Donald Trump’s admission that he was sabotaging the USPS to prevent people from voting during a pandemic was a call to action for everyone who cares about this important service and the sanctity of our elections. The House answered that call today by passing this legislation, and I will continue doing all I can to help safeguard our democratic process and ensure fair elections.”

The Delivering for America Act would prohibit:

This legislation will also:

Audio: More Theories – a “Coalition of the Unhappy?” – on What Precipitated the Ouster of VA House Dems Leader Eileen Filler-Corn