Wow, this is amazing…must have taken many, many hours of work (a “frick ton” of work, as the maps’ creator puts it) by Tadeusz Mrozek. Nice job!  So basically, as Mrozek says, he “went through every single precinct in Virginia, and categorized them by 0-10% white, 10-20% white, etc. according to 2018 population.” The result? “The redder the precincts, the more Caucasians. The bluer the precincts, the fewer Caucasians. This is by percentage.” So what jumps out at you? I’m seeing a lot of diversity – although not evenly distributed by any means – in places like Northern Virginia, Hampton Roads, Southside, and the Richmond metro area. Not surprisingly, this tends to correspond with Democratic-voting areas. As for the “red” areas of Virginia politically, they also seem to be mostly “red” (higher % of Caucasians) on the maps in terms of racial diversity…or lack thereof, to be more accurate. 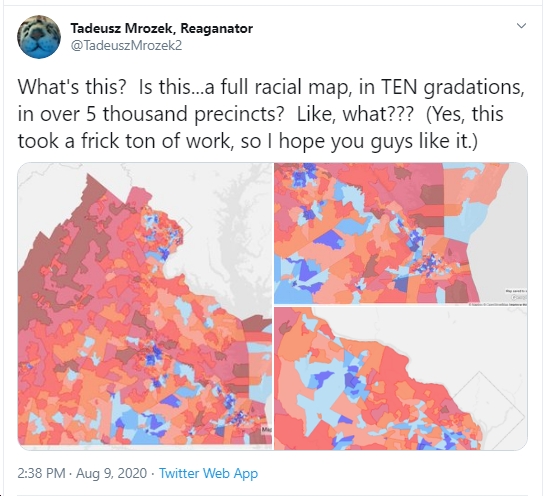 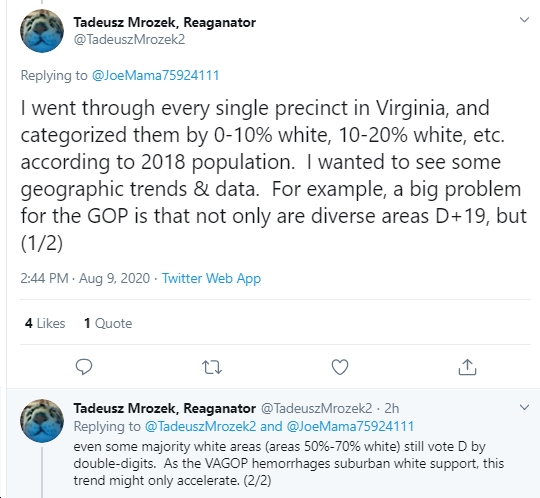 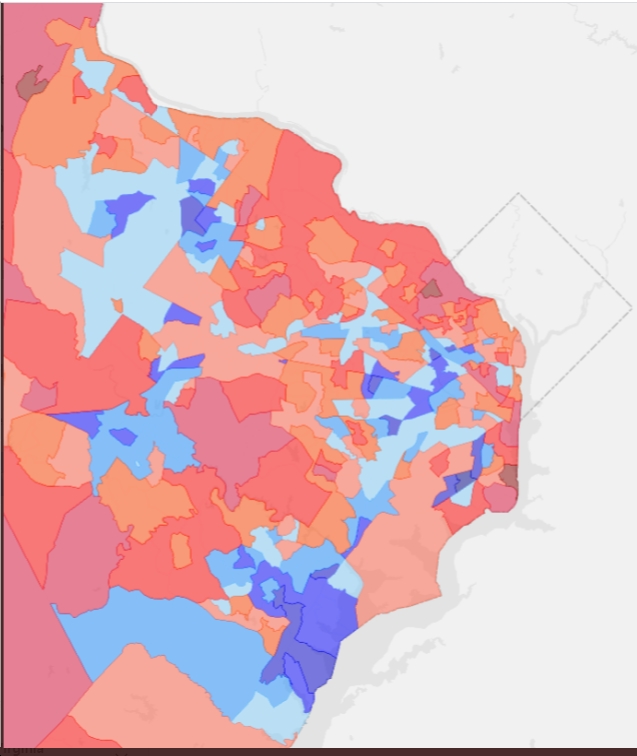 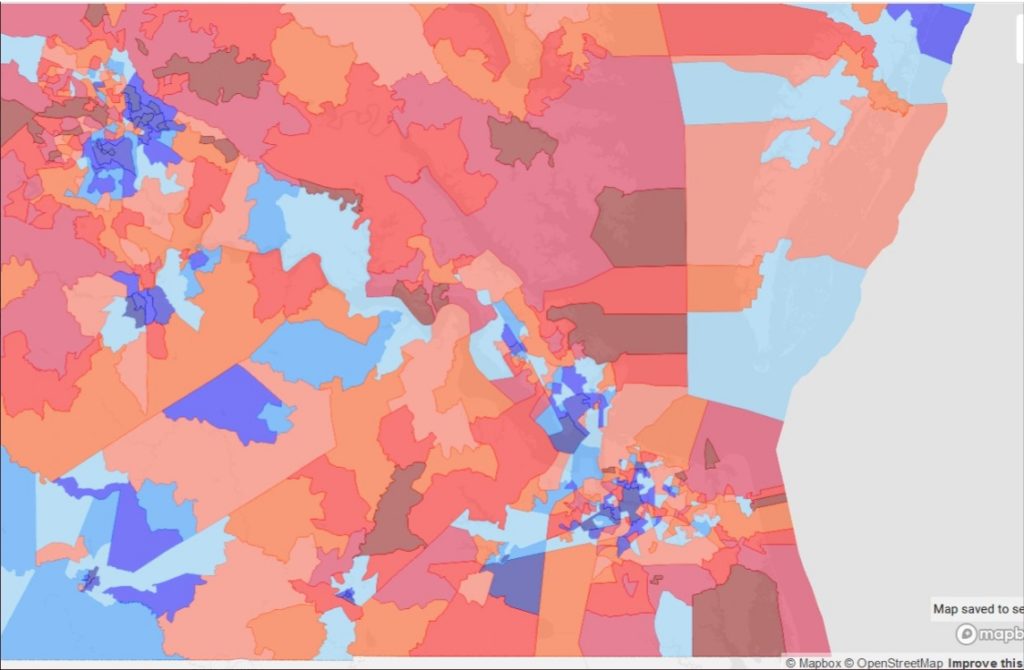 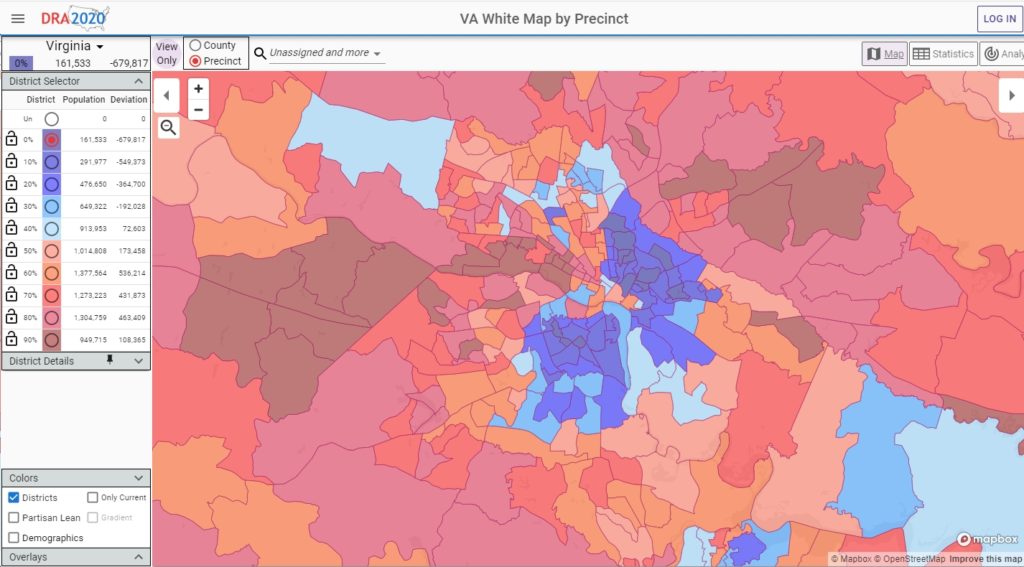