Whatever your views on the Richmond Mayoral race, this is a big endorsement for the incumbent, Levar Stoney…by Virginia Gov. Ralph Northam. Also, as you can see below, it appears that Virginia Legislative Black Caucus Chair Del. Lamont Bagby also will be endorsing Stoney. It’s fascinating how things work out, given that back in early 2019, Stoney – along with just about every other Democrat in Virginia, including Del. Bagby – was calling on Northam to resign. Might as well be ancient history at this point?

P.S. Two other candidates in the mayor’s race are Kim Gray and Alexsis Rodgers… 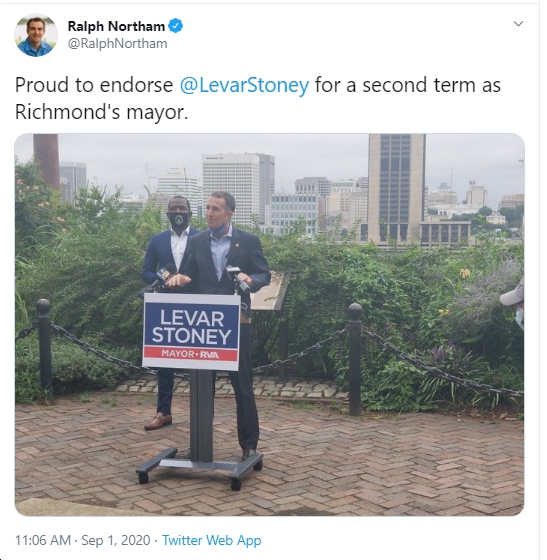 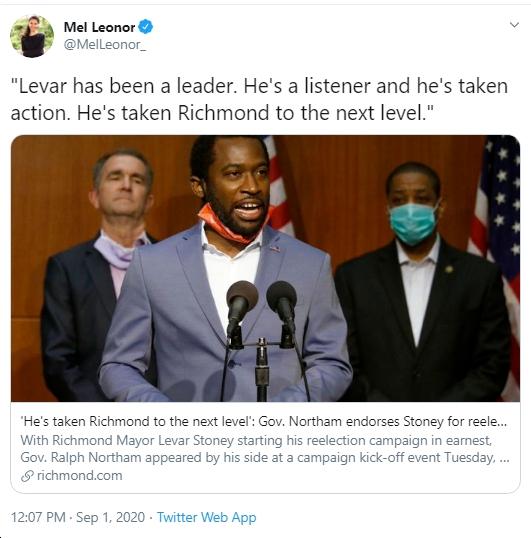 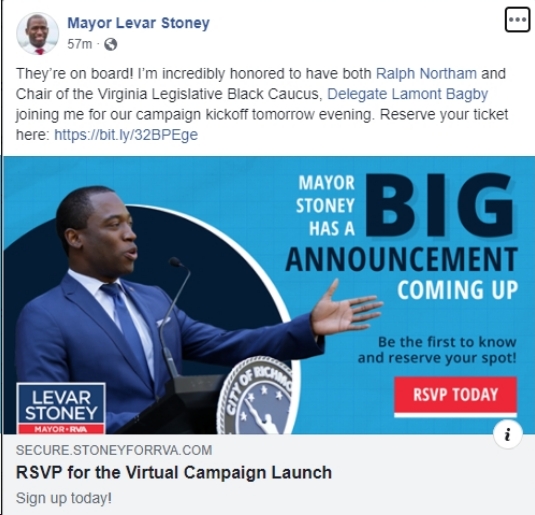