After all these years, and of course Trump’s refusal to release his tax returns – as every other president had done in the past – the NY Times finally breaks through with the scoop – and it’s not pretty!

“Donald J. Trump paid $750 in federal income taxes the year he won the presidency. In his first year in the White House, he paid another $750.

He had paid no income taxes at all in 10 of the previous 15 years — largely because he reported losing much more money than he made.

As the president wages a re-election campaign that polls say he is in danger of losing, his finances are under stress, beset by losses and hundreds of millions of dollars in debt coming due that he has personally guaranteed. Also hanging over him is a decade-long audit battle with the Internal Revenue Service over the legitimacy of a $72.9 million tax refund that he claimed, and received, after declaring huge losses. An adverse ruling could cost him more than $100 million.

The tax returns that Mr. Trump has long fought to keep private tell a story fundamentally different from the one he has sold to the American public.”

In sum, the guy’s at least as big a scumbag and incompetent buffoon as we thought he was. The question remains, why would anyone in their right mind support such a complete loser? With that, see below for some reactions from Virginia leaders…will add more as I see them. 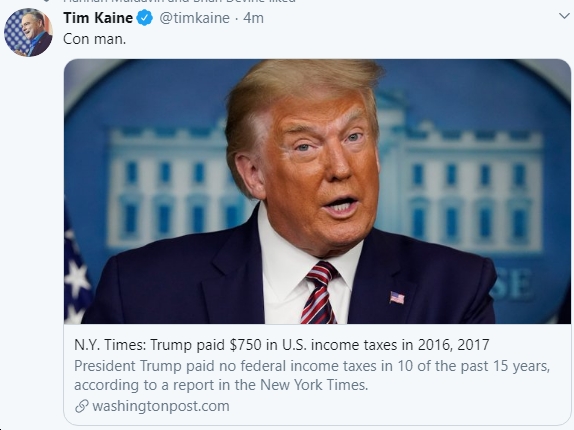 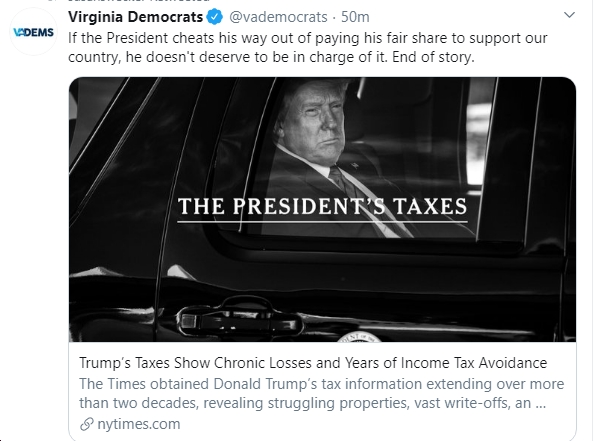 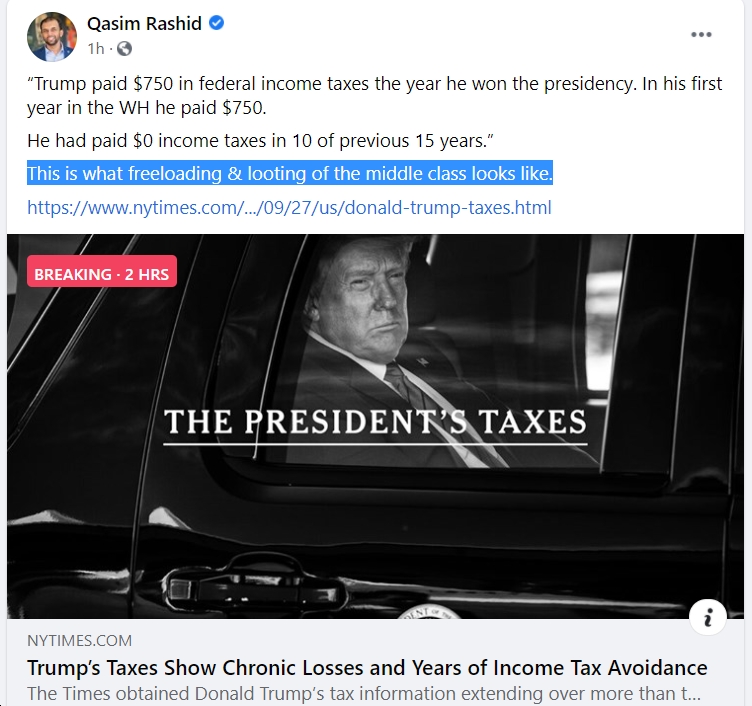 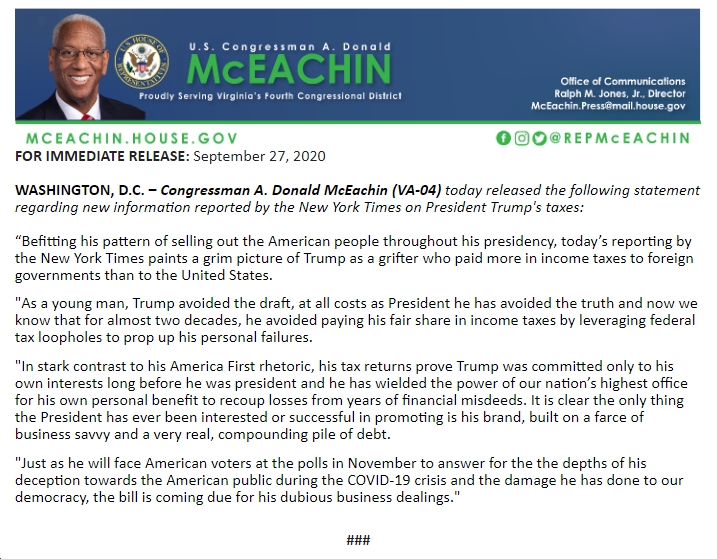 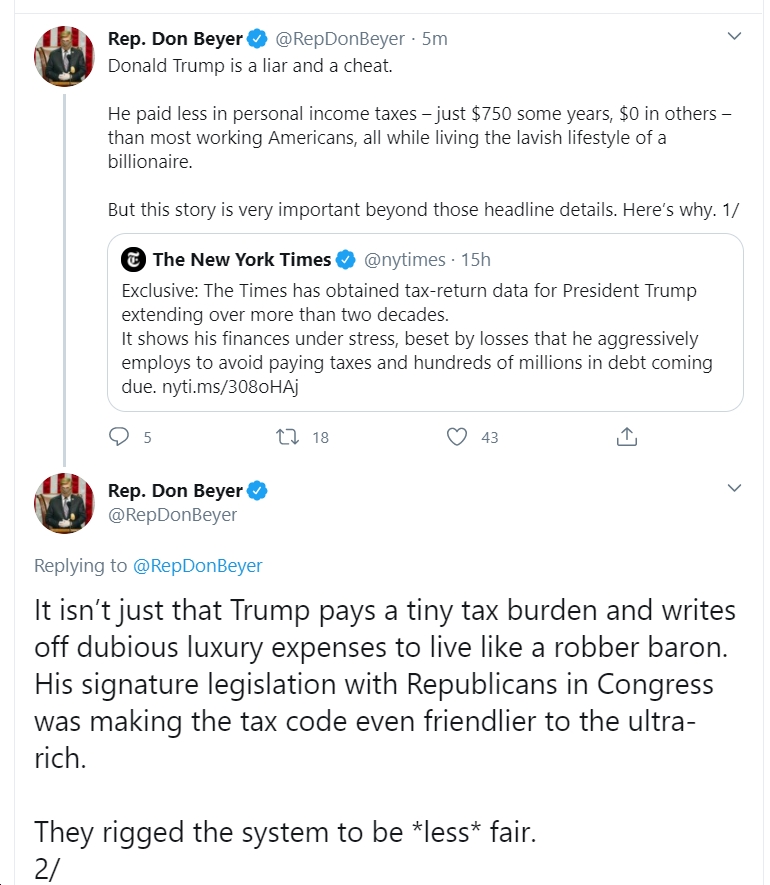 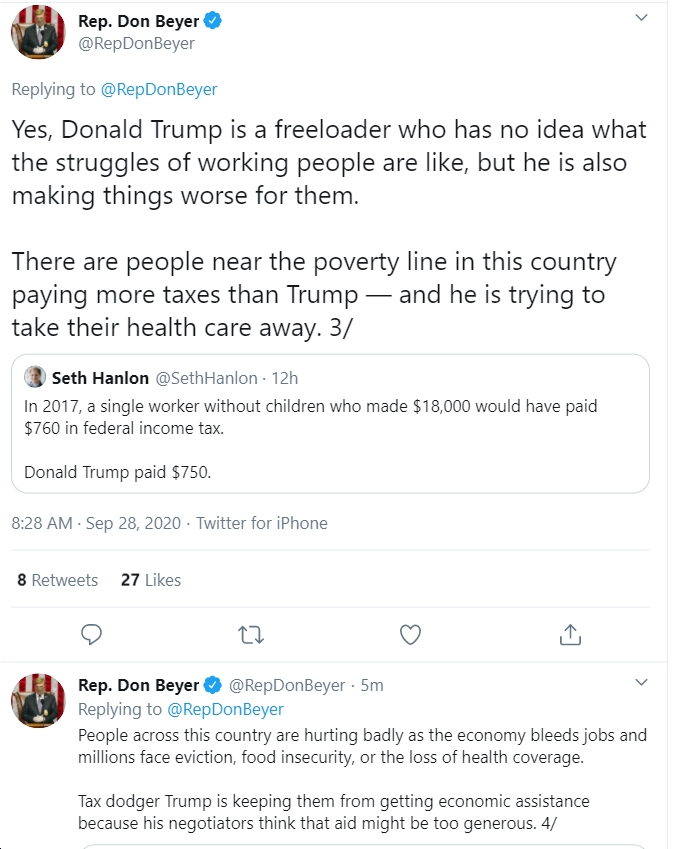