If you have never heard this bluegrass song (see below for the song, in two parts; thanks to Ben Tribbett for reminding us!) for Mark Warner in the 2001 Virginia governor’s election, fair warning – it’s very catchy and might get stuck in your ear! 🙂  Also, check out some of Ben’s “fact checks’ of the song, which basically find that it’s accurate, including the part about Warner being “ready to lead our Commonwealth” and working for “economic health.” For the record, here are the lyrics…now let’s make sure we reelect this guy tomorrow, preferably by an overwhelming margin!

“Mark Warner is a good ol’ boy from up in NOVA-ville;
He understands our people, the folks up in the hills;
He first came to the mountains many years ago;
His interest in our future then began to grow.

Mark Warner is ready to lead our Commonwealth;
He’ll work for mountain people and economic health;
Get ready to shout it from the coal mines to the stills;
Here comes Mark Warner, the hero of the hills.

Mark Warner he needs us as much as we need him
No more tricks in politics that leave our future dim
So you folks in the mountains at the end of your rope
Get on out, shout it out, Mark Warner is our hope.

Election Day is tomorrow in Virginia- and Mark Warner is on the ballot for his third term. For those of you who are new to the Commonwealth in the last 20 years- or for those who just want to enjoy it again- I present to you the Mark Warner theme song from his first VA win. pic.twitter.com/3cqCaSzHbz 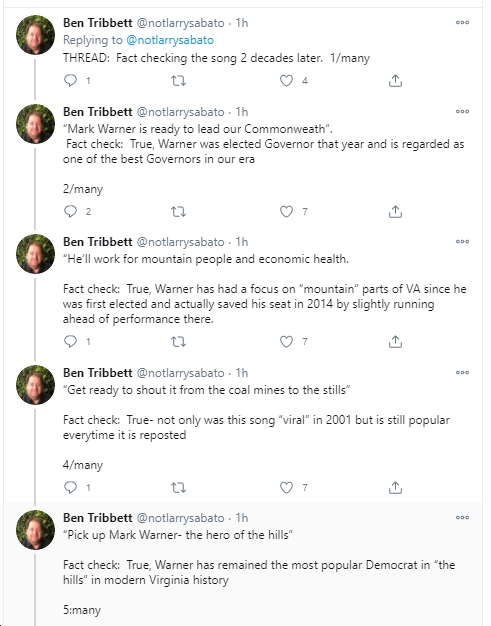 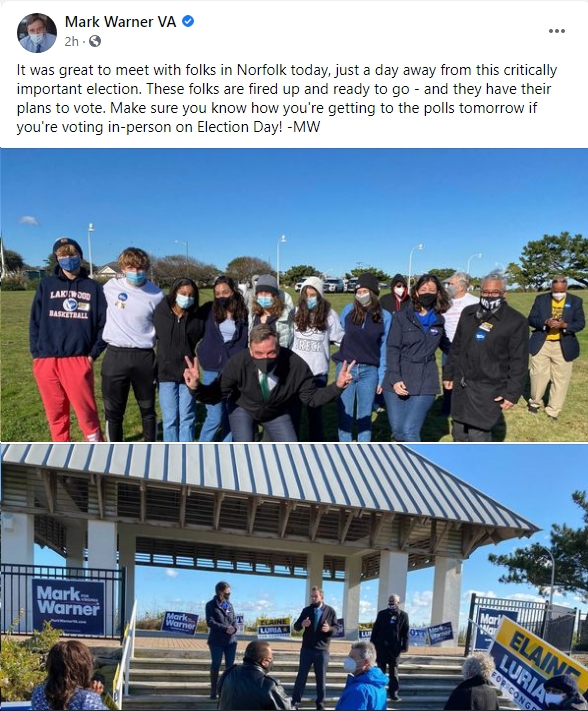 Video: Sen. Warner on What He’s Hoping to Hear in President Biden’s State of the Union Address