Yesterday morning, I posted three polls – who do you prefer for governor, Lt. Governor and AG in 2021 – in the 13.1k-member Joe Biden for Virginia Facebook group. As the name suggests, this is a very large group, created back in January 2020, to support Joe Biden for President. So keep that in mind as you look at these poll results. Still, I think these results are interesting, given how big a group of Virginia Democratic activists it is, and also given that – unlike polls on Twitter or using free polling software – it’s very difficult (if not impossible) in a Facebook group like this – where you have to be a member – for a campaign to send dozens or hundreds of its supporters to vote, thus skewing the results. Anyway, with that, here are the results. 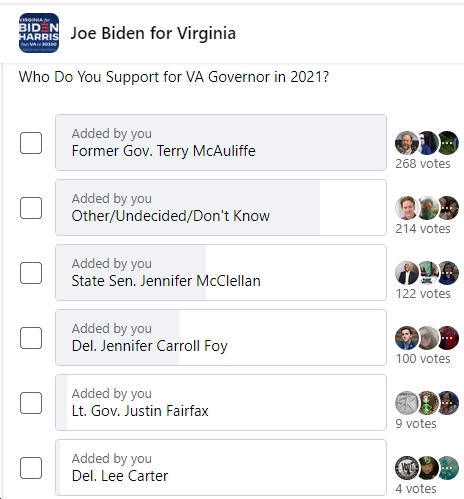 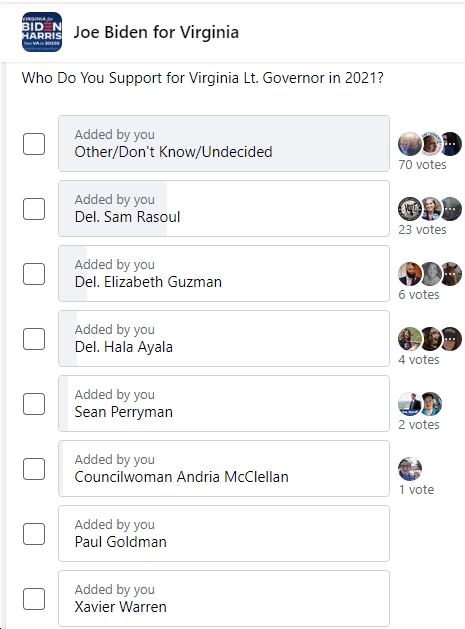 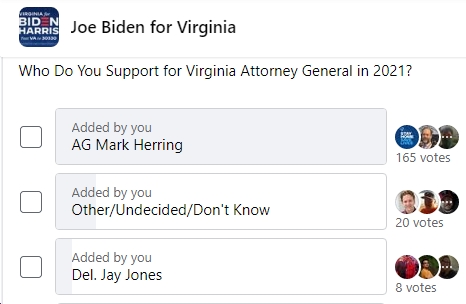