I’ll post video when it’s available, but for now, see here for a news story by WTOP (“Loudoun County’s Board of Supervisors in Virginia voted early Wednesday in favor of a resolution that calls for the resignation of Del. Dave LaRock, who represents portions of Loudoun, Clarke and Frederick counties”) and below for the Loudoun County Board of Supervisors resolution demanding the resignation of 33rd House of Delegates District Delegate Dave LaRock for “promulgat[ing] disinformation about a certified free and fair election,” failing to live up to his oath of office “to protect and defend the United States…against all enemies foreign and domestic,” for his “active participation in at least two ‘Stop the Steal’ rallies,” etc. 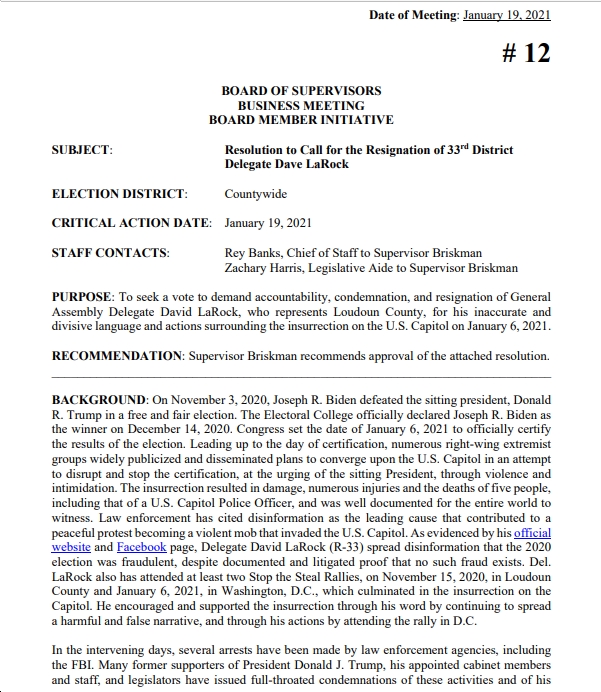 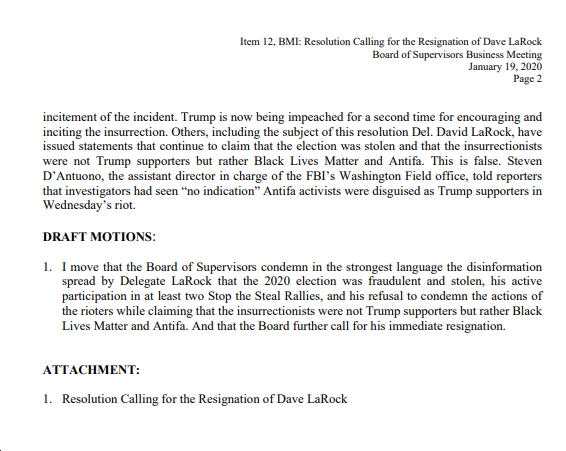 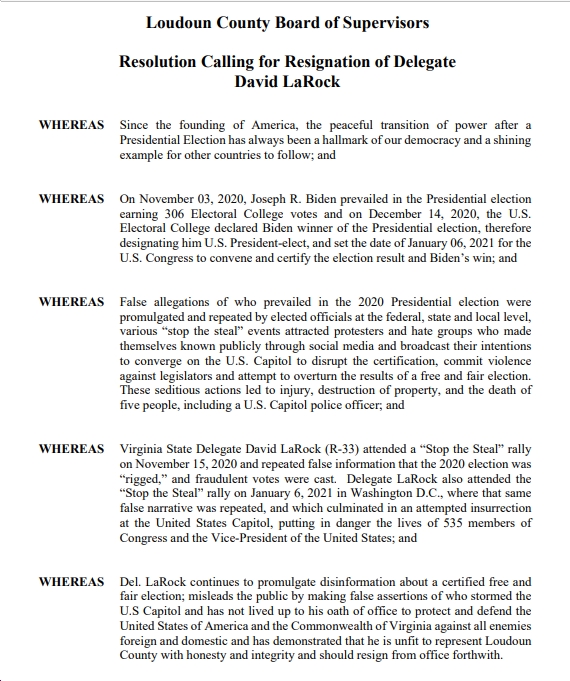