The following statement is from Wild Virginia, regarding a new “petition to the DC Circuit Court of Appeals challenging a recent approval by the Federal Energy Regulatory Commission for Mountain Valley Pipeline to construct in a portion of the MVP route near national forest lands.”

“Again, citizens are forced to seek protections from the courts that our federal agencies have denied us. FERC defied common sense and valid legal reasoning in allowing MVP to rush ahead with destruction of some of our most valuable forests and streams in areas near our national forests, despite the fact that the project has been stopped in other areas and may never gain the permits that would allow it to be completed. Unless and until MVP gets final approvals from all regulatory agencies and clears the court hurdles already in its way, the work done so far will become a pipeline to nowhere. This is a disgrace and FERC has shown a willingness to build upon its prior irresponsible decisions with yet another one. MVP lawyers have called pipeline opponents “implacable.” In this one instance they are correct – we will not be placated with empty assurances of safety and environmental protection already proven false.” 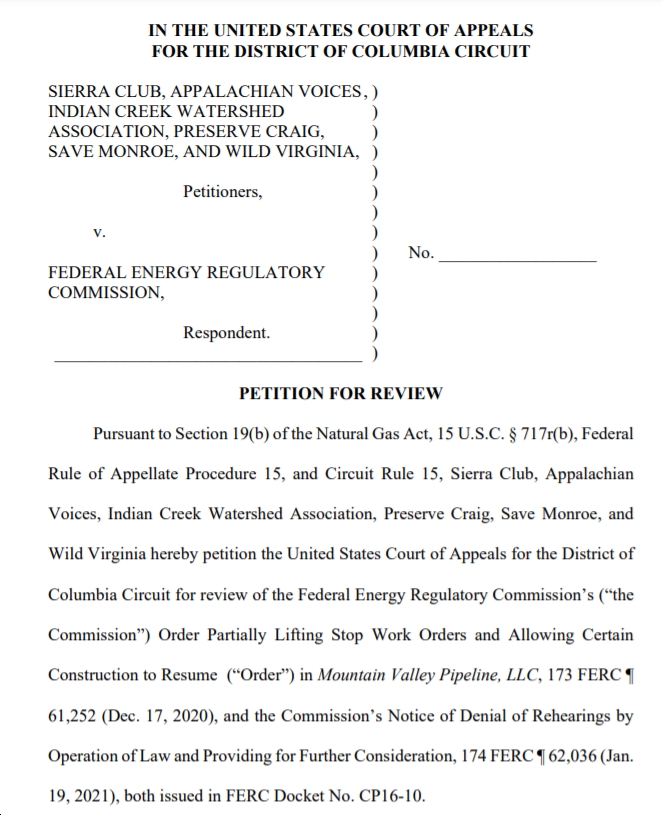 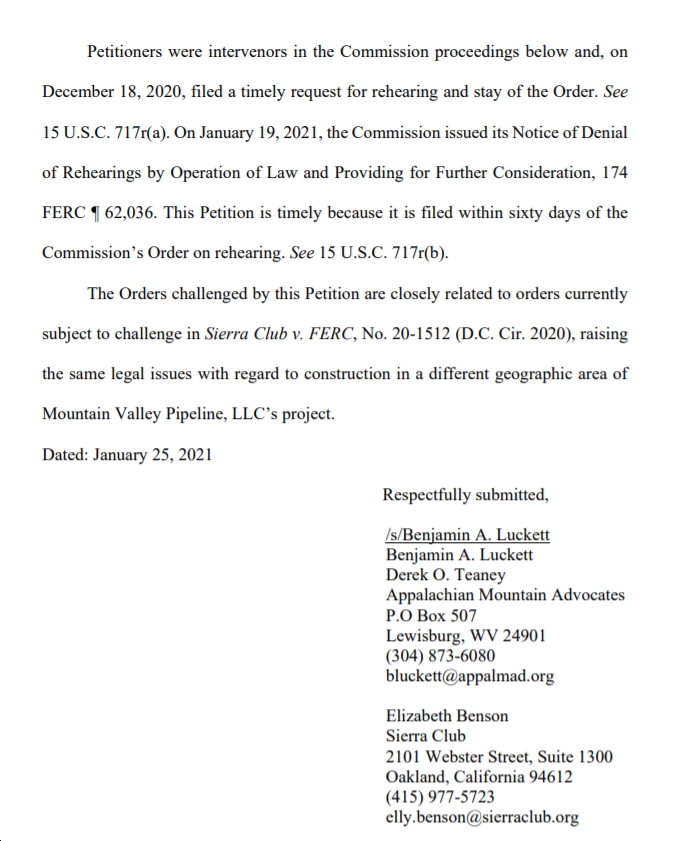