The following Twitter exchange between Craig Melvin and Jamil Smith points out that it makes zero sense for people to “quote Dr. King on social media one day out of the year” while “liv[ing] a life that runs counter to his words and teachings the other 364.” And yet, as you can see from the following screenshots, Virginia Republicans do just that – quote and praise Dr. King on Martin Luther King, Jr. Day, while opposing everything Dr. King stood for in his life, and in some cases – for instance, Reps. Rob Wittman (R-VA01), Ben Cline (R-VA06), and Morgan Griffith (R-VA09), all of whom signed on to an amicus brief that aimed to overturn the results of the Nov. 3 presidential election – attempting to erase the votes of tens of millions of Black and Brown people. Yes, these people are utterly shameless…

Note that Rep. Ben Cline (R-VA06) is a virulent right winger who is against *everything* MLK, Jr. fought for; who tried to overturn the presidential election and disenfranchise 10s of millions of votes by people of color… https://t.co/5pMQTGFFwO pic.twitter.com/tDUlqhiaYV

Note that, during his career, right-wing Republican Kirk Cox has voted against/fought against just about everything #MLK would have wanted, from criminal justice reform to voting rights to civil rights to labor rights to…you name it. https://t.co/pwiFJiBuzN pic.twitter.com/XdVJ7e86zu

Rep. Morgan Griffith (R-VA09) is very much a part of the Trump GOP – de facto a white nationalist party – and also signed on to an amicus brief which would have disenfranchised tens of millions of Black and Brown people, yet here he is… https://t.co/AiV5uYx2rE #MLKDay pic.twitter.com/DrPEoSwwGp

The @vahousegop has voted close to unanimously against criminal justice and policing reform, raising the minimum wage, etc, etc. – all policies that would help BIPOC communities – yet here they are, “honor[ing] the life and legacy” of #MLK… https://t.co/wyM5zr0cdR pic.twitter.com/2XAXxBnmuW

Rep. @RobWittman (R-VA01) worked hard to disenfranchise 10s of millions of BIPOC and to overturn the results of the presidential election, yet claims to “celebrate the life and legacy” of #MLK https://t.co/54Ne29hgrn #MLKDay2021 pic.twitter.com/8gCKtWTyBY 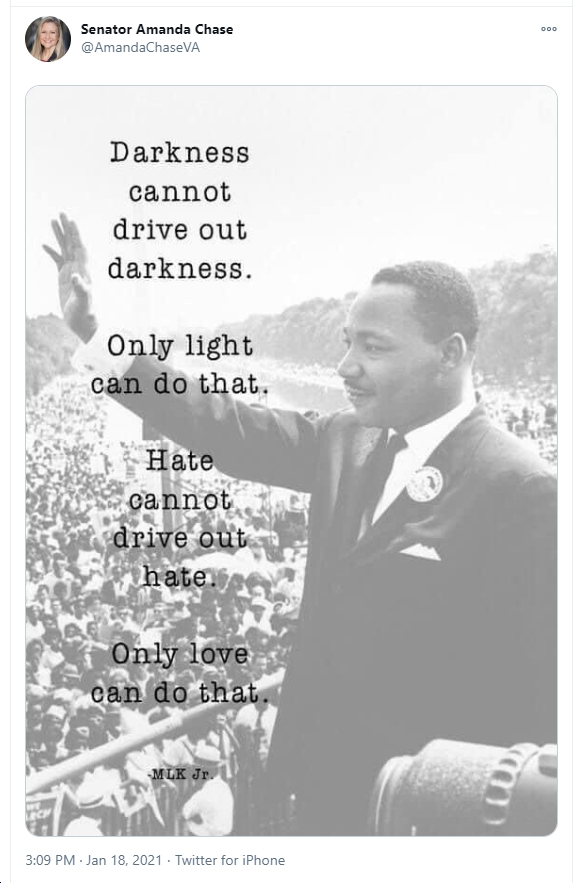 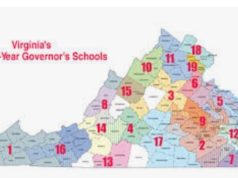