The following (see below for tweets, video, etc.) really epitomizes the current state of the Virginia GOP: after months of bitter infighting/disarray, and after having rejected a primary to select their 2021 statewide candidates, as well rejecting a party “canvass,” an in-person convention, a convention a satellite sites, etc., late last night the Trumpian Virginia Republicans finally chose a method of nomination – a “drive-up ‘convention’ on May 8 at one location only: LIBERTY UNIVERSITY.” As UVA Professor Larry Sabato puts it, “OK, get ready for this one.”  Or as this tweet by Virginia Democratic politico Leigh Nusbaum asks:

“If the RPV Convention is at Liberty, will @JerryFalwellJr plan the afterparties? I hear he’s got a knack for that.”

Maybe something like this? Or maybe Jerry will stand in the corner and *watch* the after-party? LOL 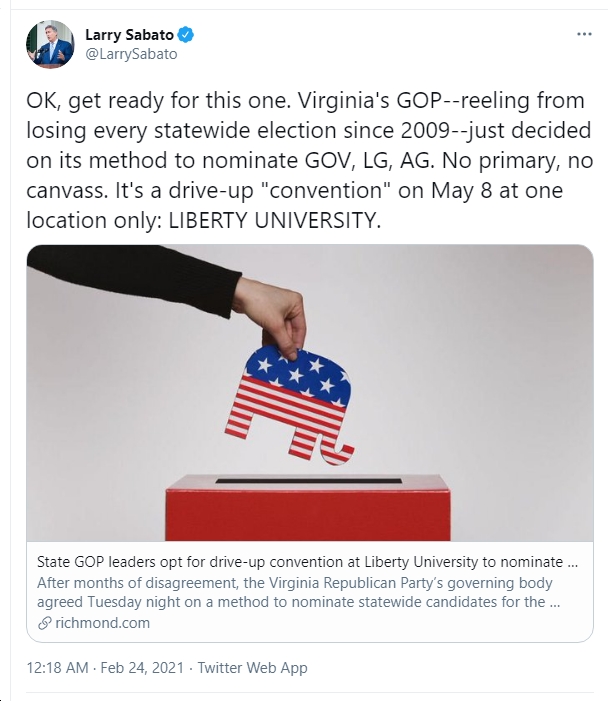 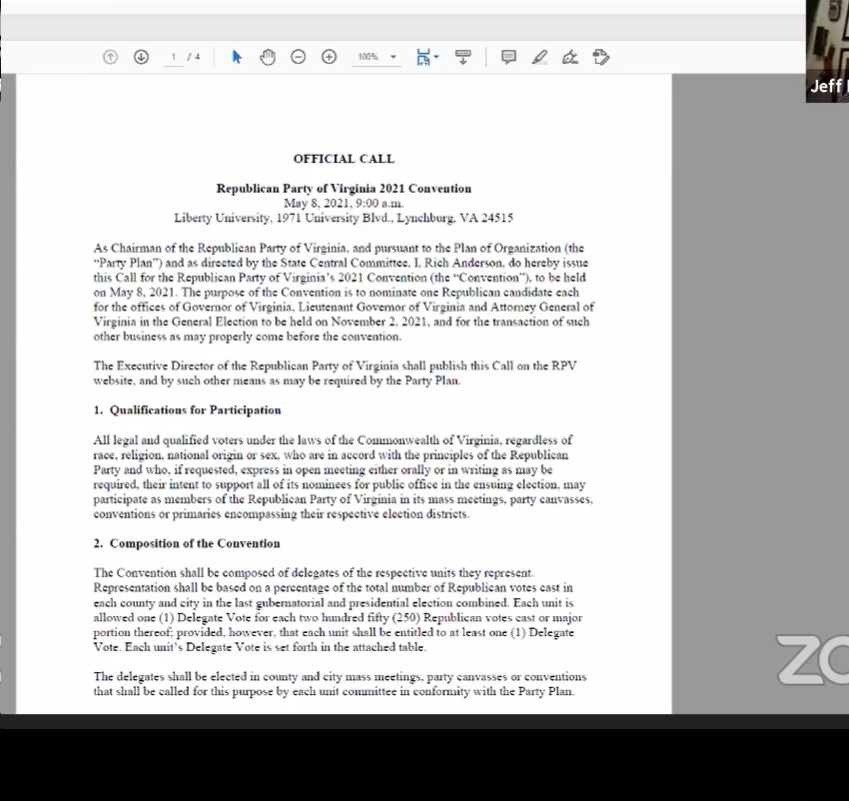 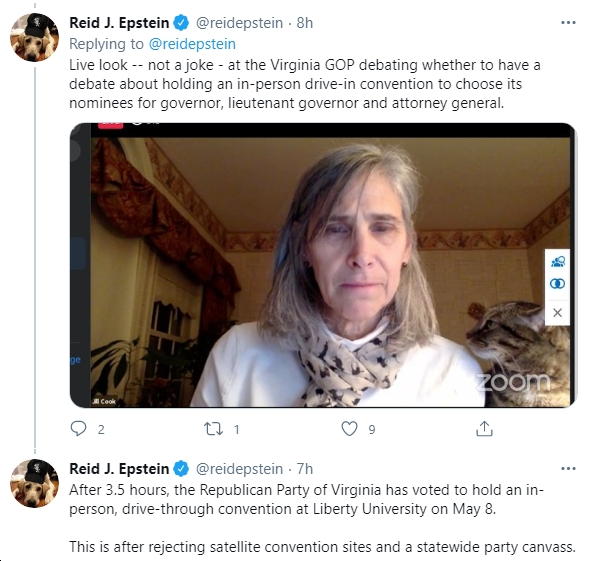 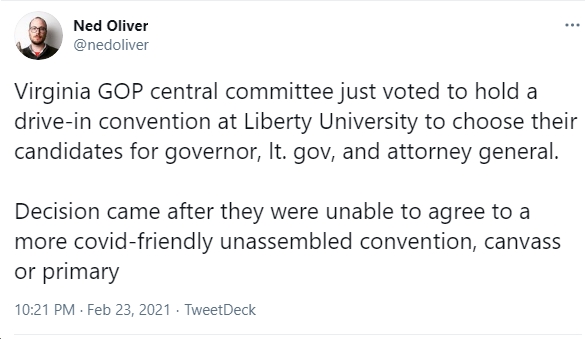 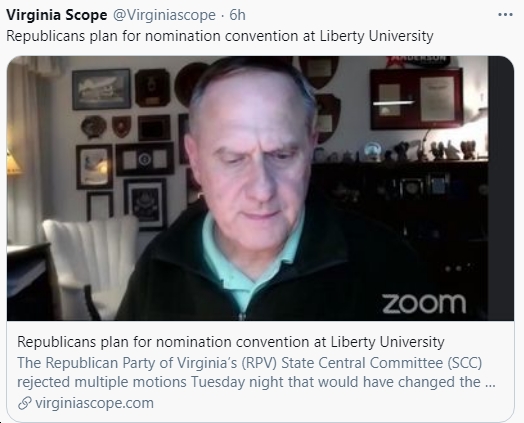 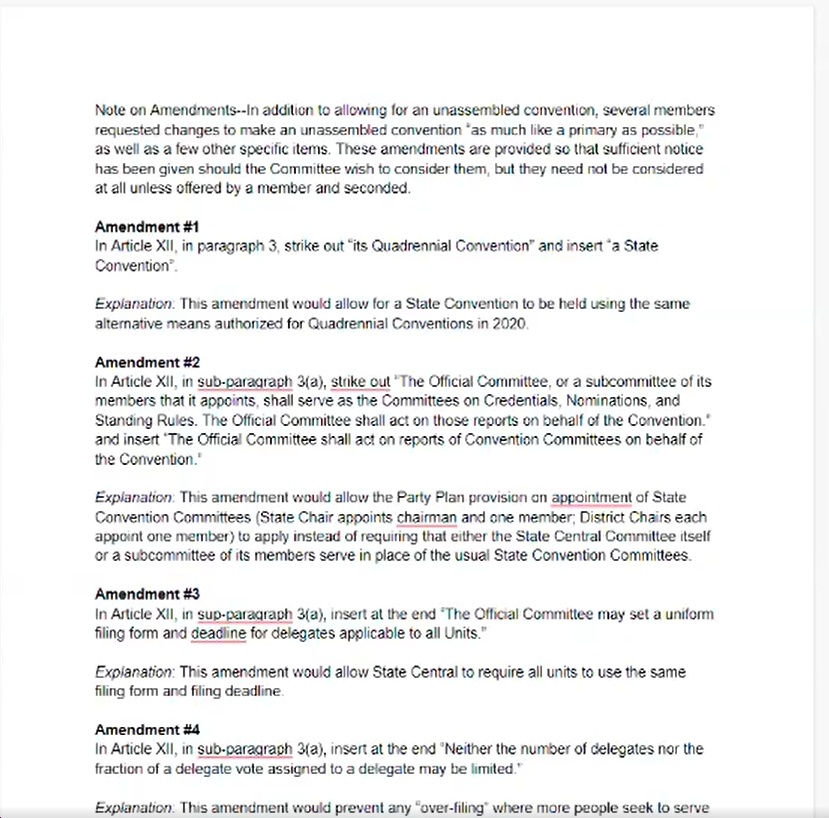 "This is the written plan for Donald Trump to overthrow the government of the United States lawfully elected by the American people. It is imperative that we reckon with what happened and prevent it from happening again." https://bluevirginia.us/2021/09/saturday-news-greta-thunberg-and-students-rally-over-climate-change-the-january-6-commission-must-remain-merciless-arizonas-election-audit-comes-up-empty-but-t#comment-5548056258 h/t @RepDonBeyer

From @RepDonBeyer (D-VA08): "Reagan advisor: The debt limit fight is a scam. The GOP counts on voters not knowing that." https://bluevirginia.us/2021/09/saturday-news-greta-thunberg-and-students-rally-over-climate-change-the-january-6-commission-must-remain-merciless-arizonas-election-audit-comes-up-empty-but-t#comment-5548056365