UPDATED 7:55 pm – The Virginia House and Senate have now passed marijuana legalization legislation, which will now go to Gov. Northam for amendments/tweaks/etc. No, it’s not perfect, but still…in the end, it should definitely move Virginia forward in a positive direction. 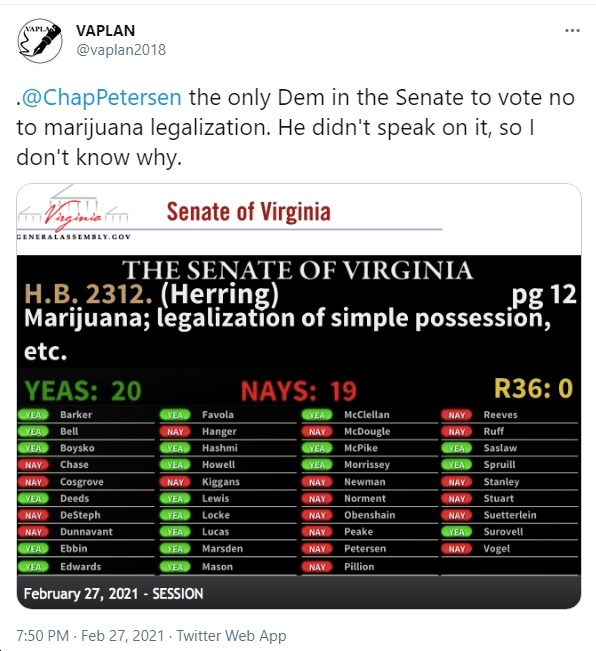 Today’s the final day of the 2021 Virginia General Assembly’s special session, and it could be a long evening before they work through everything. So far, it’s been a highly successful session, with tons of progressive legislation passed – building on the great work done in 2020 by the Democratic-controlled legislature. Now, with the clock running down on this year’s session, remaining bills cover a wide range of topics — the number of judges on Courts of Appeals, electric school buses, felon voting rights, mandatory minimums, etc.  Possibly the biggest one still remaining is marijuana legalization, a complicated issue which the General Assembly’s been struggling with. Of course, as Cindy of VAPLAN pointed out earlier this afternoon:

“Bear in mind, as we wait for the marijuana legalization deal, that @GovernorVA still has to sign it and can amend to make it better without the pressure of this 11th hour chaos. And has enough time to make sure legislators are on board. But only if they pass something today.”

“I’m not even sure I understand how we ended up with legalized possession delayed to 2024. That was never part of the concerns expressed in committee. It was always legalize and expunge ASAP, the only delays discussed were about licensing, creating market structure, and homegrow.”

And finally from Cindy/VAPLAN, responding to this from reporter Ned Oliver (“require lawmakers to revisit the issue with second vote next year to finalize admin, licensing and penalties for things like underage use”):

“’Having to revisit next year’ gets real interesting when the entire House is up for election in between. There’s a scenario in which we end up with possession legal, but no one in Virginia profiting from the sales, tax revenues.

So…we’ll see how this goes over the next few hours. In the meantime, if you want some “light reading” for your Saturday evening, check out the following, per reporter Ned Oliver:

And a (significantly more readable) summary of the deal prepared by General Assembly staff: https://t.co/tlp4EQmcfp 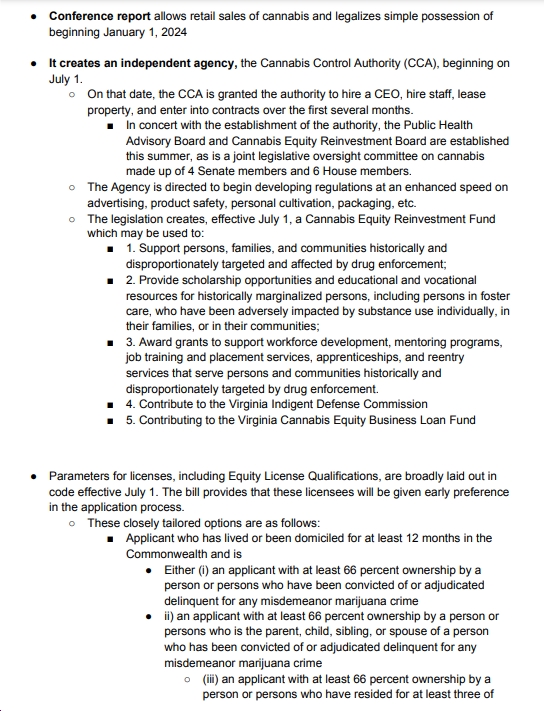 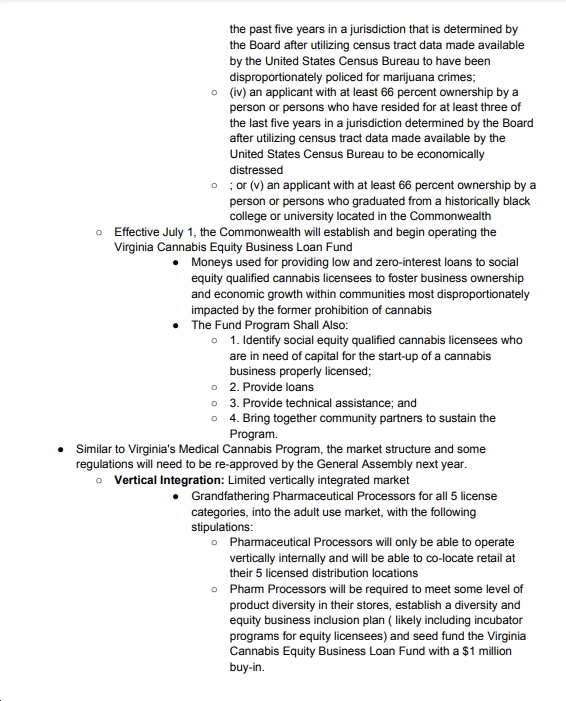 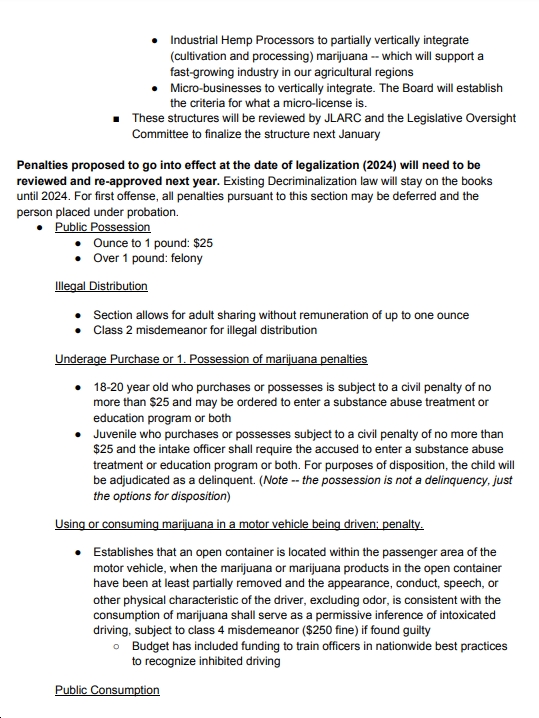 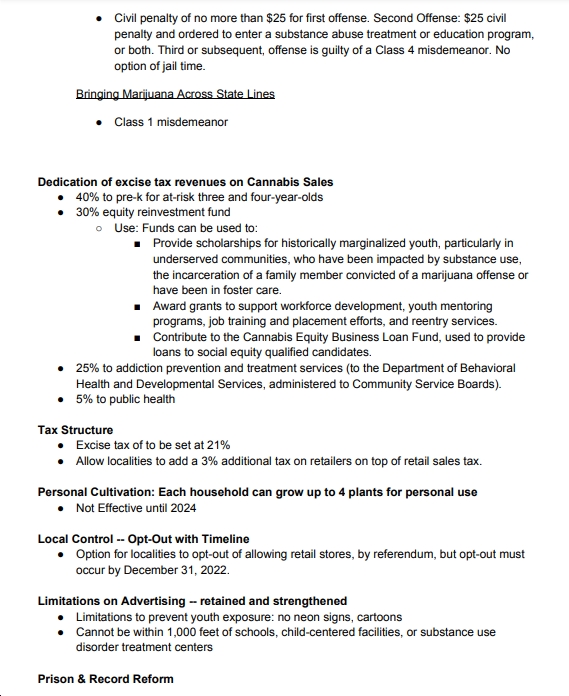 Two “Pinocchios” Aren’t Enough “Pinocchios” for Glenn Youngkin on Crime; In Fact, Virginia’s “violent crime rate was about half the rate for the entire...