I’m going to use this post as place to put all the 1Q2021 Virginia fundraising data and press releases as they come in.  I’ll be posting elsewhere as well… 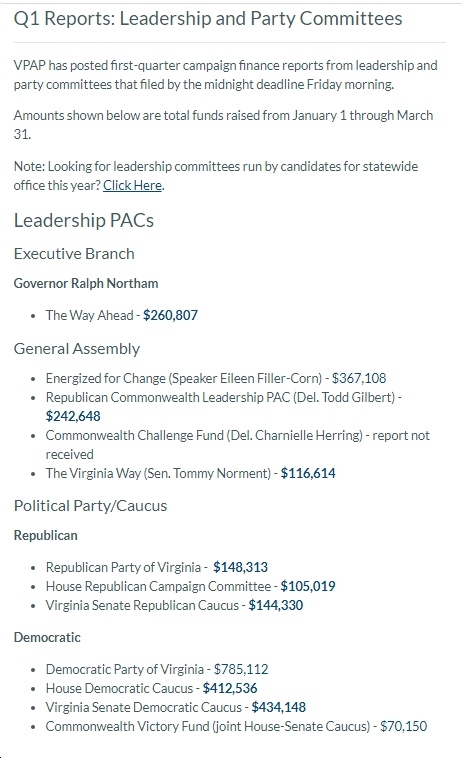 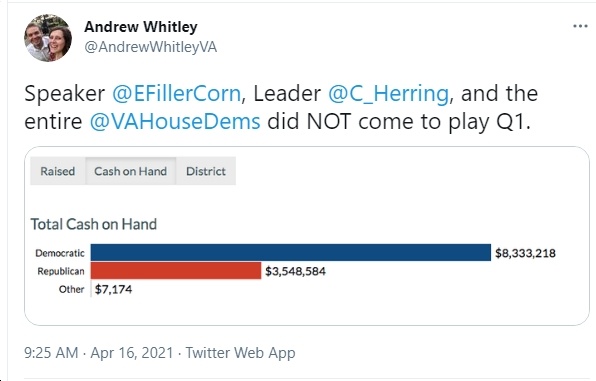 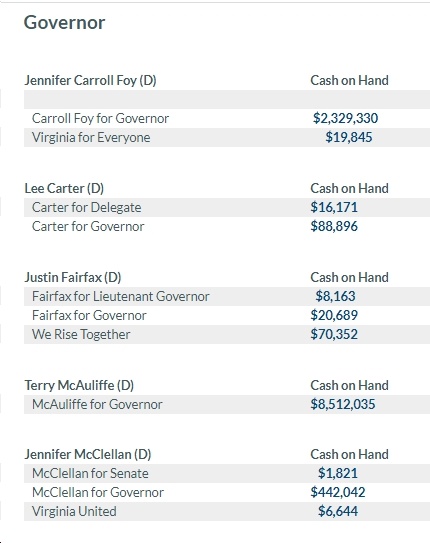 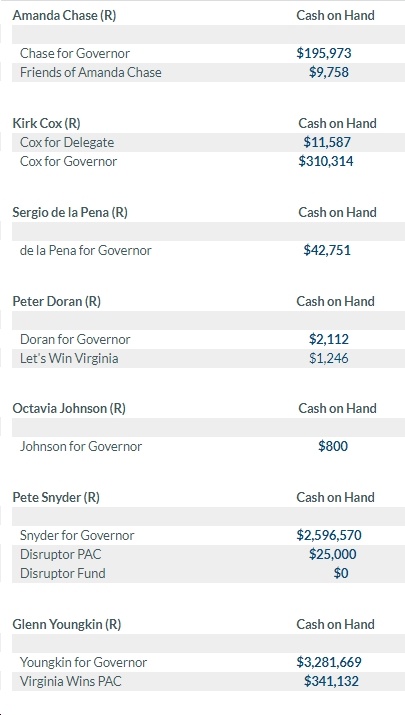 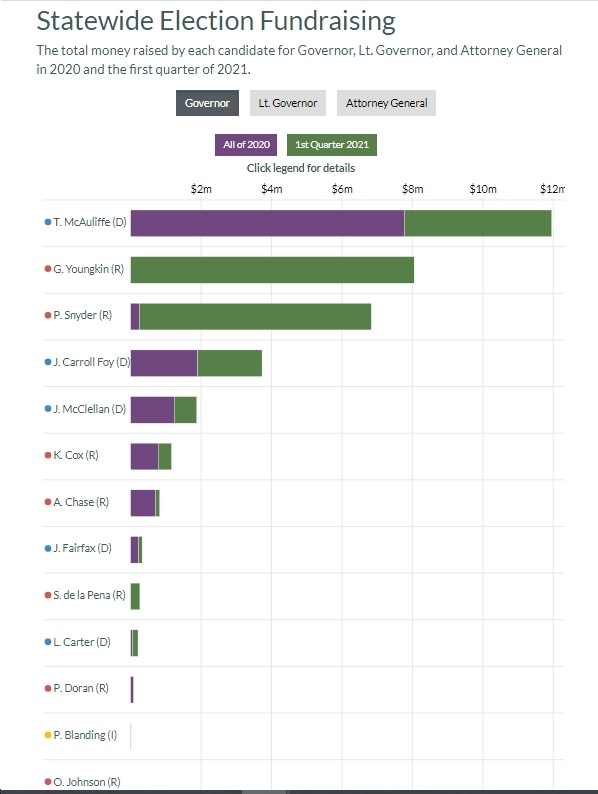 (Woodbridge, VA) – Today, Jennifer Carroll Foy’s gubernatorial campaign announced that it has raised more than $1.8 million during the first quarter of 2021, entering April with more than $2.3 million cash on hand, concrete evidence of her status as the only progressive in the race with the resources to win. The broad support is clear evidence of Carroll Foy’s growing momentum in the race.

Ninety four percent of Carroll Foy’s historic haul came from donations less than $100, and as has been true throughout her life, Carroll Foy raised $0 from Dominion Energy and its executives.

The campaign has already deployed significant resources, from investing hundreds of thousands of dollars in digital persuasion ads, to expanding its organizing infrastructure across the Commonwealth. Carroll Foy’s grassroots team has also engaged hundreds of volunteers with thousands of volunteer shifts, including virtual house parties, organizing meetings, relational and texting trainings, text banks, and other events in every region of the Commonwealth. Allied organizations are also leveraging their resources to add to the campaign’s organizing capacity, including deploying thousands of volunteers to continue sharing Carroll Foy’s message.

“I’m immensely proud of the broad, diverse coalition united behind our shared vision to lift up all families in every corner of the Commonwealth. Virginians deserve a new leader with a clear vision who is ready to lead our Commonwealth forward, not back,” said Jennifer Carroll Foy. “I’m deeply grateful to every single one of our supporters fueling the grassroots campaign. We’re building an unstoppable movement powered by the people, and together, we will deliver real results for working families in Virginia, breaking free from the status quo.”

Carroll Foy’s campaign continues to build momentum and expand its grassroots coalition. This fundraising haul comes on the heels of an endorsement by Clean Virginia which has joined dozens of Virginia leaders and more unions than any other candidate in endorsing her candidacy, including the Amalgamated Transit Union and the United Brotherhood of Carpenters.

Jennifer Carroll Foy has dedicated her life to service. As one of the first women to graduate from Virginia Military Institute, a former foster mom, a magistrate judge, and public defender, Jennifer has embodied the ideals of community, honor and commitment in every facet of her life. During her time in the legislature, Jennifer led the way on the Equal Rights Amendment, proudly supported the successful fight to expand Medicaid to over 500,000 Virginians, and passed a budget that includes a three percent salary increase for teachers. She is a proud mother to twin three year olds, and wife to her husband Jeff, who she met her first week at VMI. 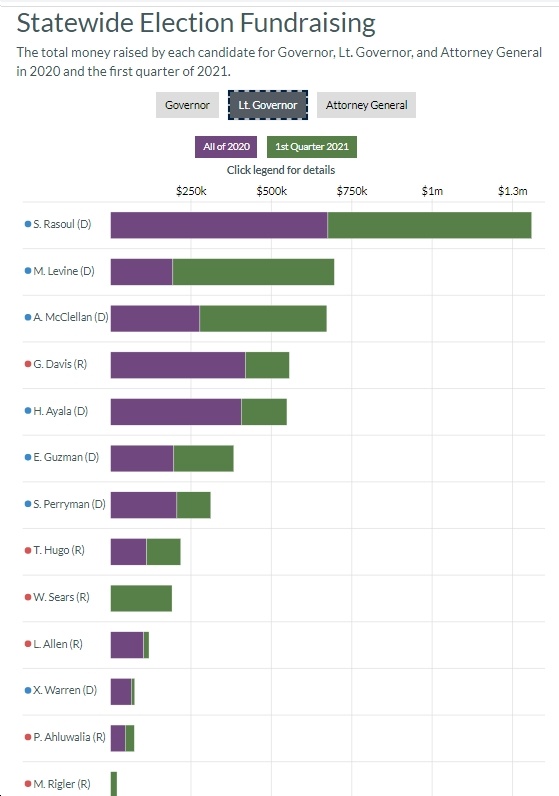 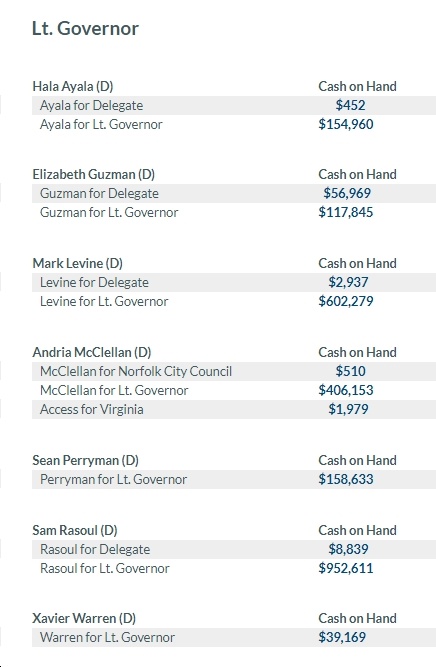 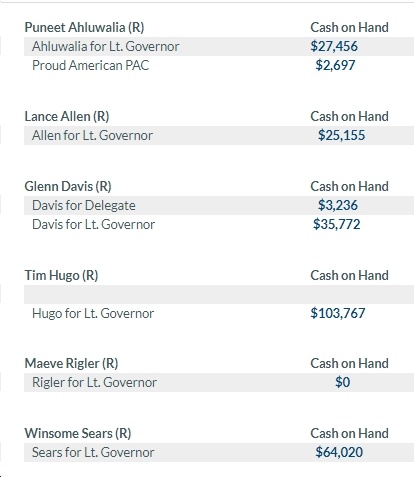 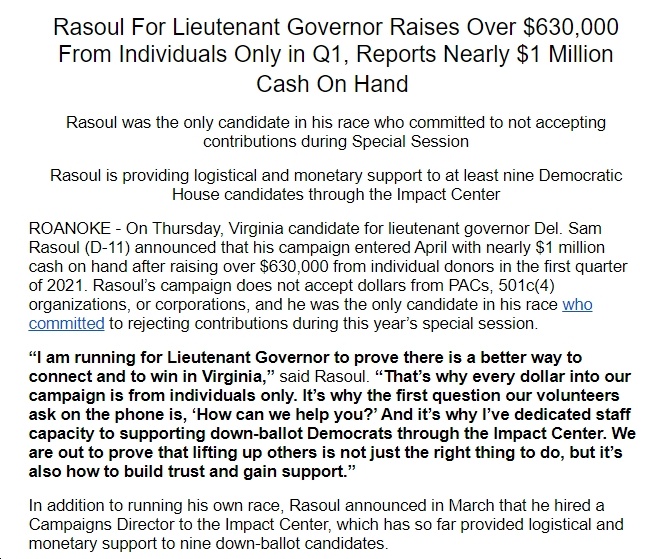 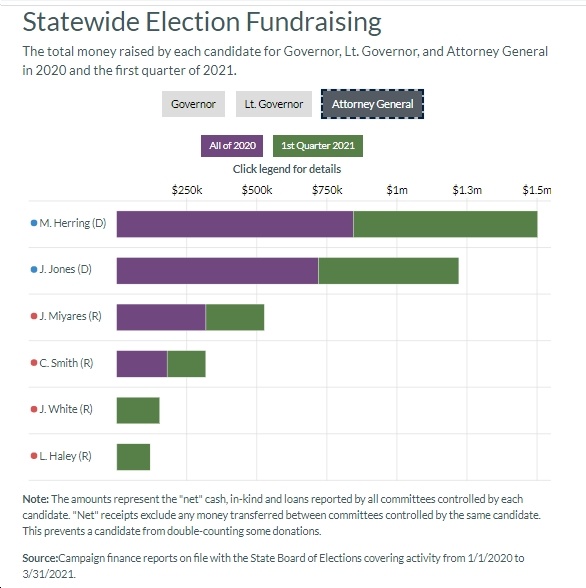 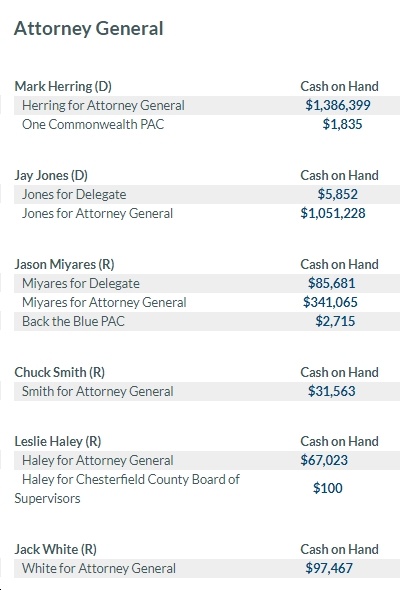 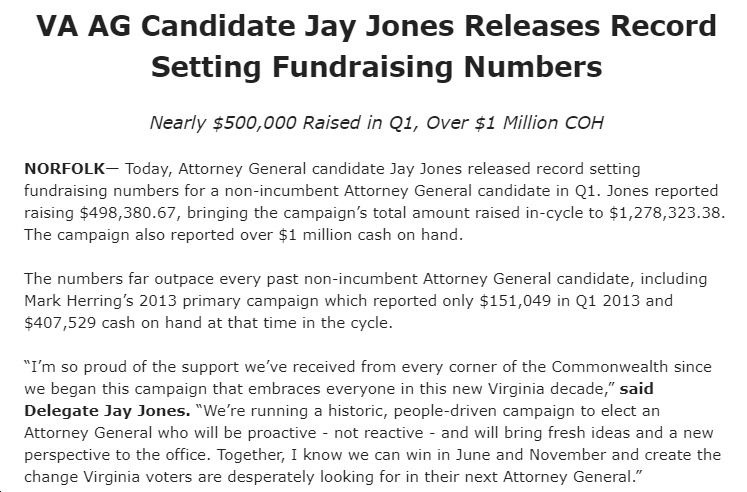 Impressive fundraising by @NadariusClarkVA, against possibly the least progressive Dem in the Virginia House of Delegates (Steve Heretick) https://t.co/zDTpveYNqx pic.twitter.com/njGDJCwe3O 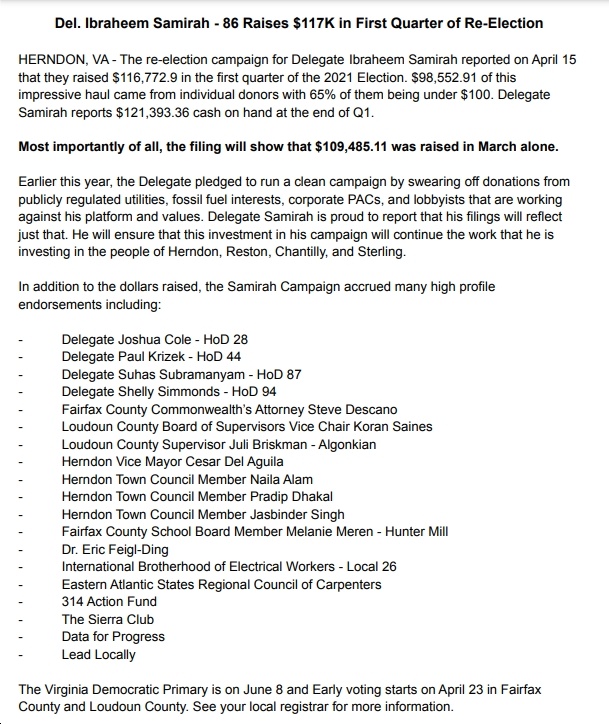 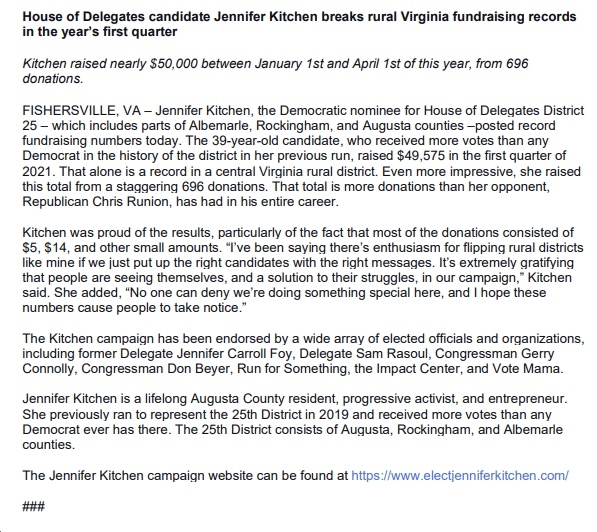 After the FBI raid on Mar-a-Lago, "If Trump was undecided about running for POTUS before, he isn’t now. He will run." - @RepRiggleman

Virginians’ Reactions, From Smart/Informed to Completely Unhinged, to the FBI Raid...