Corps of Engineers Should Extend Virginia’s Review Period for MVP

On April 2, 2021, sixteen organizations representing thousands of Virginians wrote Colonel Patrick V. Kinsman, Commander of the Norfolk District Office, U.S. Army Corps of Engineers supporting a request from the Virginia DEQ. The state has asked the Corps to allow Virginia a year to make a decision whether to issue a water quality certification for MVP’s proposal to cut and blast through more than 400 streams and waterbodies. Without the state’s certification, the Corps cannot grant its Clean Water Act permit for the crossings.

“The Virginia DEQ cannot possibly do an adequate review of all of the potential impacts that would result from MVP’s assault on this huge number of precious and sensitive waterbodies in the short amount of time the Corps of Engineers initially set. State officials have recognized as much and the Corps should respect that judgment. The people of Virginia must be allowed a fair opportunity to play their proper role in protecting our resources and our interests. MVP has not given the Corps or the state the information they need to complete their reviews and it will likely require many months to get the proper data and analyses. The Corps must not stack the deck in MVP’s favor by rushing this process, as so many of our agencies have done in the past only to have the courts call them on their shoddy work. This pipeline can’t be built if the true impacts are explained and the rules followed. That’s what we deserve and that’s what we demand.” 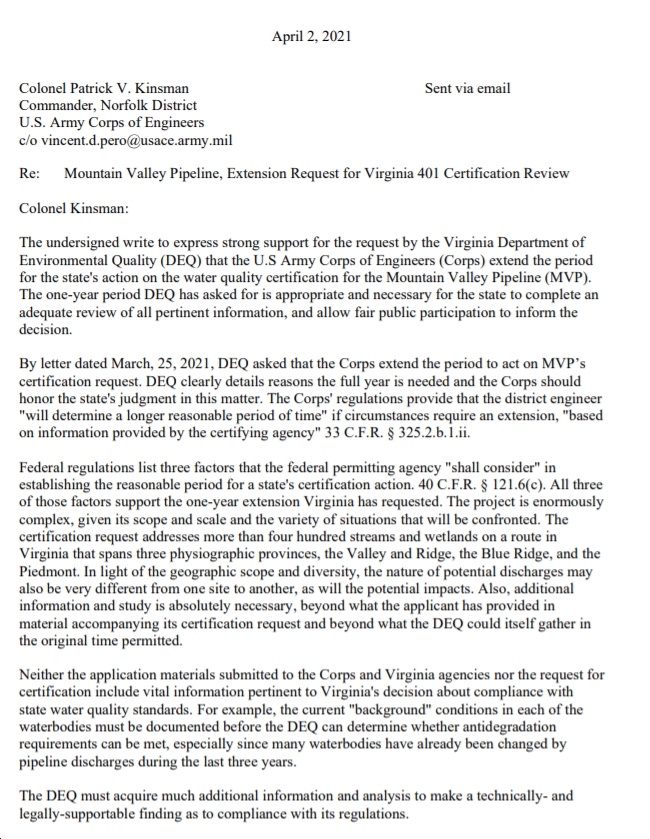 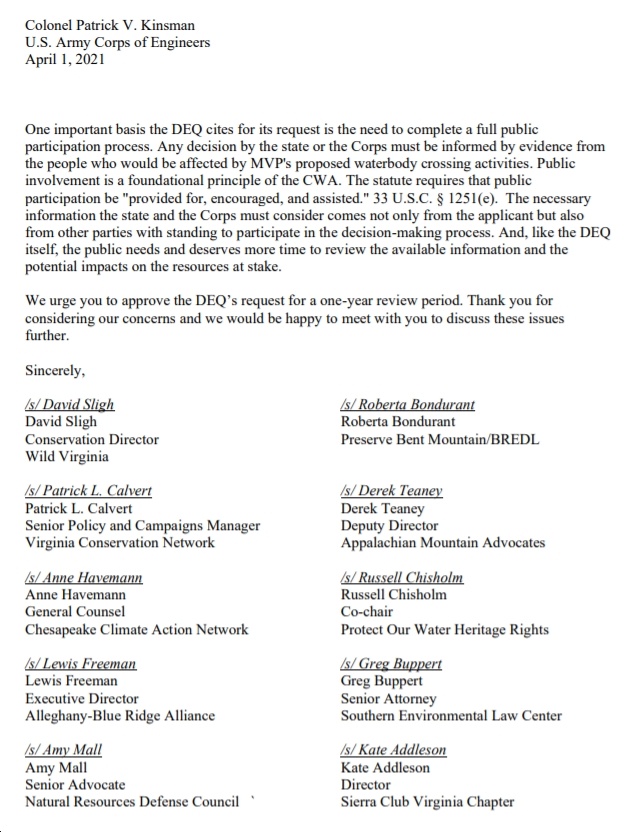 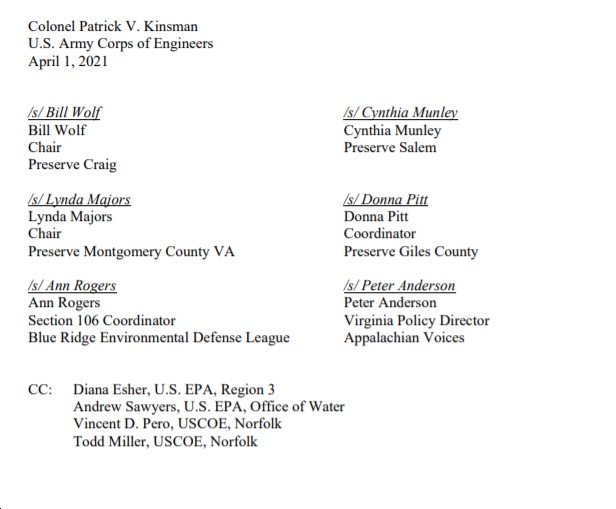