If the right wing is good at one thing – and it certainly isn’t coming up with anything positive to actually move the state or country forward! – it’s creating false memes, usually playing off of ignorance, anger, fear, etc., then bouncing those false memes around their media/social media echo chambers so that most people inside their “bubble” actually believe the false memes. Sometimes, the right wingers’ lies and nonsense even seeps out into mainstream discourse, which of course is very unfortunate, but also illustrates why it’s important to correct the lies and nonsense aggressively.

Recently, we’ve had a prime example of this here in Virginia, with a bizarre/false right-wing meme about how Virginia supposedly having a “crazy plan to hold back math geniuses” (WTF?), with leading VA GOP gubernatorial candidates spreading the nonsense around. For some actual, ya know, *facts*, see below from the Virginia Department of Education, which points out that:

In short, basically everything the right wing is saying on this subject is either flat-out false or wildly distorted/exaggerated. Sadly, that’s typical of the right wing these days, but still, it’s really bad. Anyway, as always, don’t listen to right-wing media or politicians, but instead get the actual facts and make up your own mind. 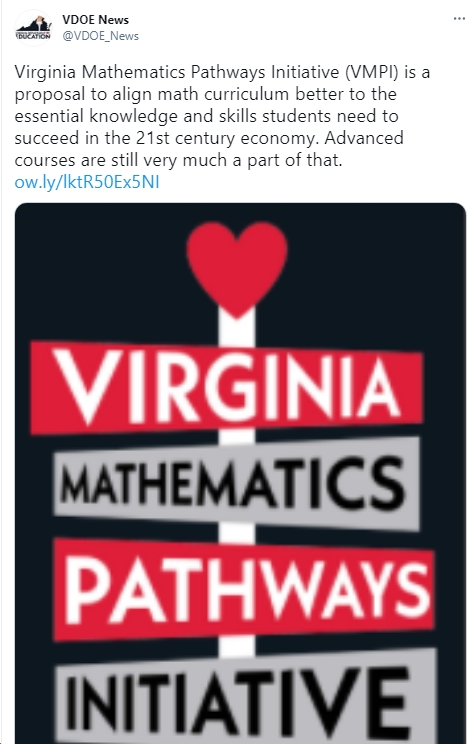 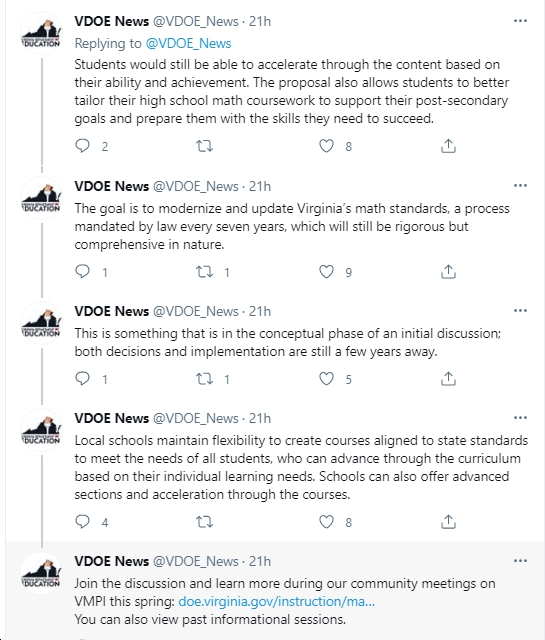 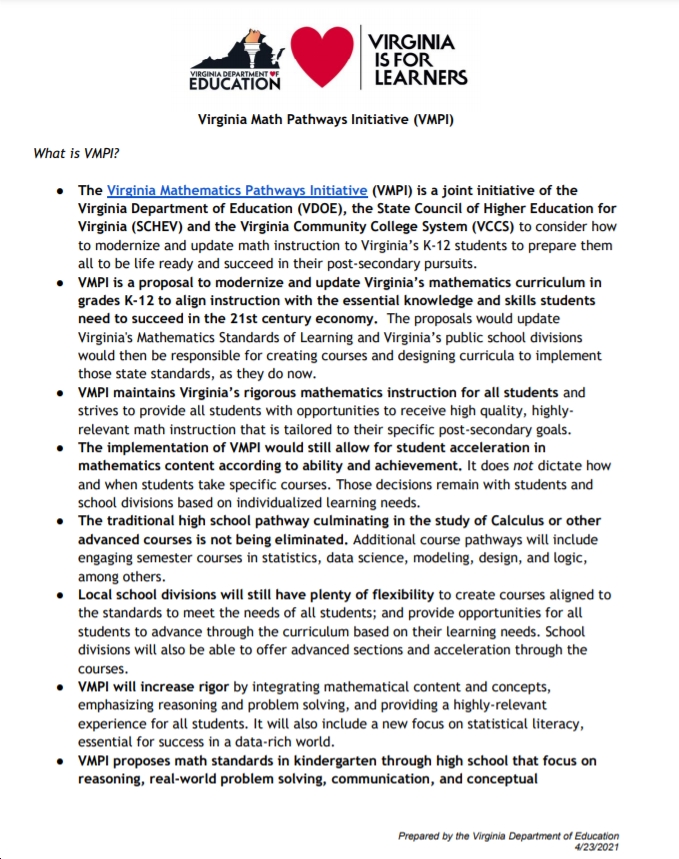 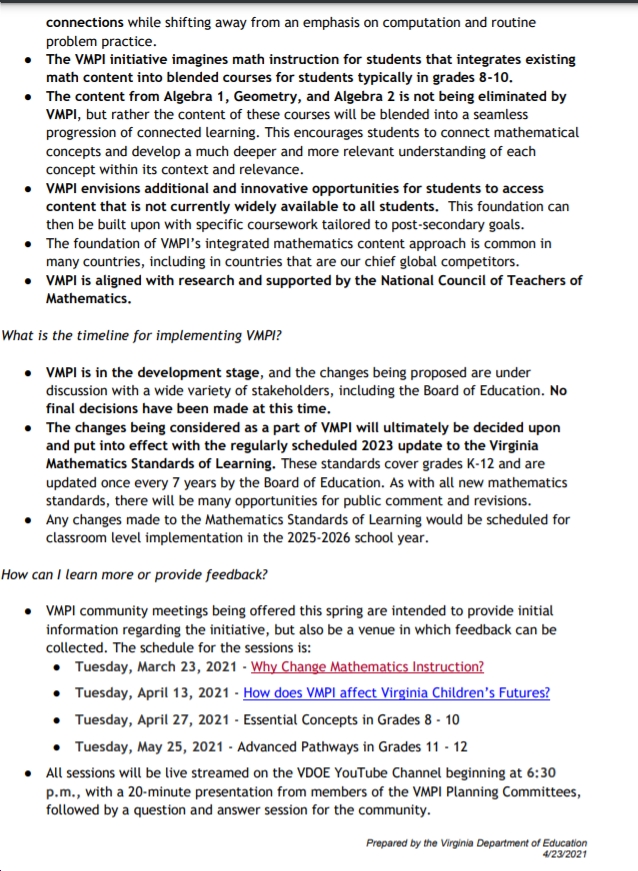 Former Reps. Scott Rigell (R-VA02), Denver Riggleman (R-VA05), Barbara Comstock (R-VA10) Sign “A Call For American Renewal” in Defense of Democracy, Rule of Law, the Constitution, etc. Also, check out who did NOT sign on to this statement... https://bluevirginia.us/2021/05/former-reps-scott-rigell-r-va02-denver-riggleman-r-va05-barbara-comstock-r-va10-sign-a-call-for-american-renewal-in-defense-of-democracy-rule-of-law-the-constitution-etc