A new article in the NY Times asks, “Do You Live in a Political Bubble?” The answer:

Earlier this year, we published a study that measured how politically isolated Democrats and Republicans have become. Starting with a dataset containing the address of nearly every registered voter in the United States, we estimated each voter’s political affiliation based on which party the voter registered with, demographics and election results. We used that data to create the maps here.

We measured political isolation by looking at each voter’s thousand closest neighbors. For about one in five Republicans, and two in five Democrats, less than a quarter of their neighbors belong to the opposite political party.

…In many places, political segregation overlaps with racial segregation. People of color, who tend to identify as Democrats, live in densely populated urban communities. Republicans, who are mostly white, are spread out across exurbs and rural areas.

The alignment of lifestyle and politics reflects the sorting of Democrats and Republicans by income and education, in addition to race. While members of both parties want to live in neighborhoods with good schools and low crime, they disagree about the importance of certain religious and cultural amenities.

So how do things look in Virginia? See below for some maps from across the Commonwealth, which shows concentrations of blue (mostly in cities and suburbs) and red (mostly exurbs and rural areas), but also blue dots in red areas and vice versa. How are things where you live? Are you surrounded by a sea of red or blue, or it it more diverse? 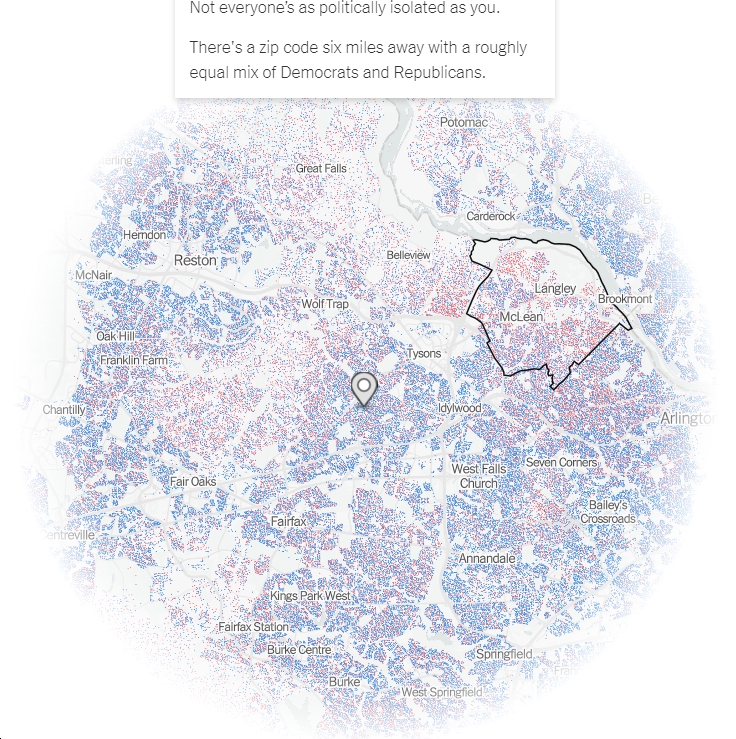 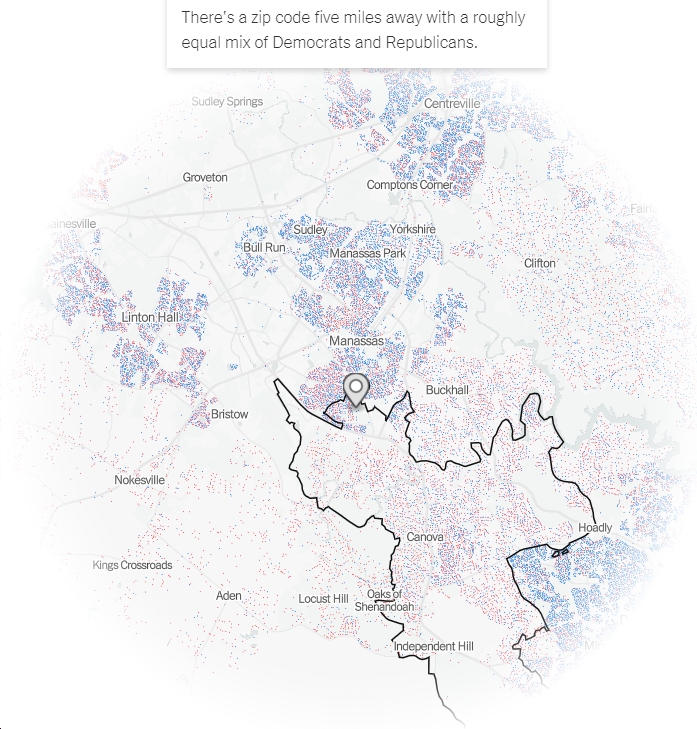 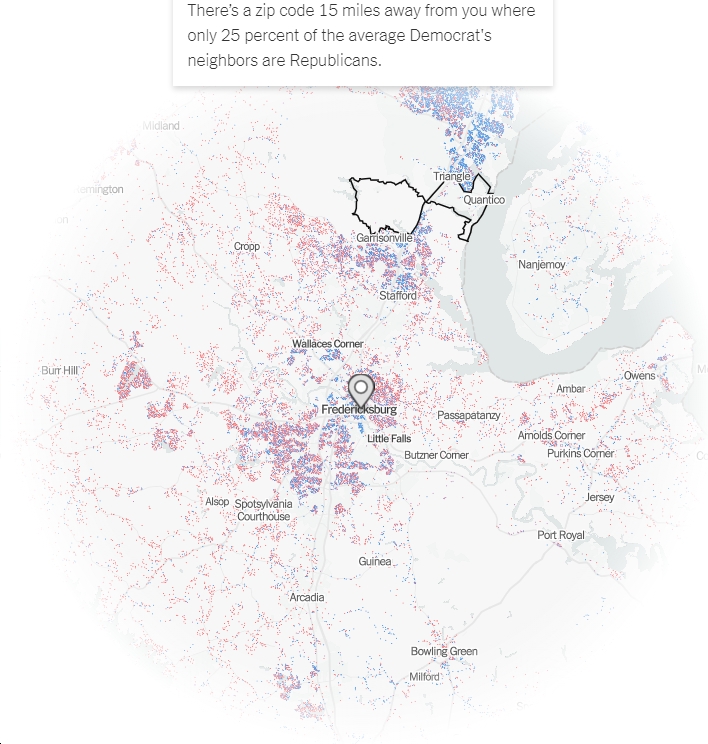 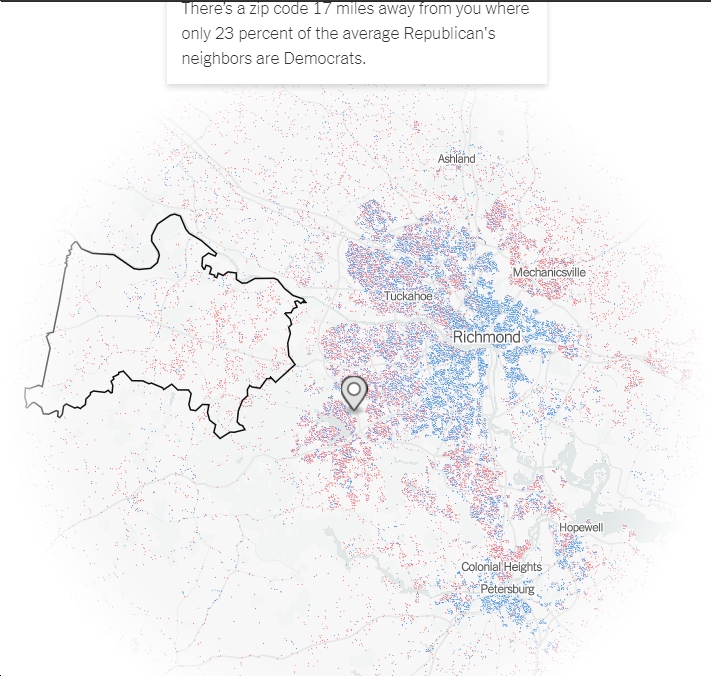 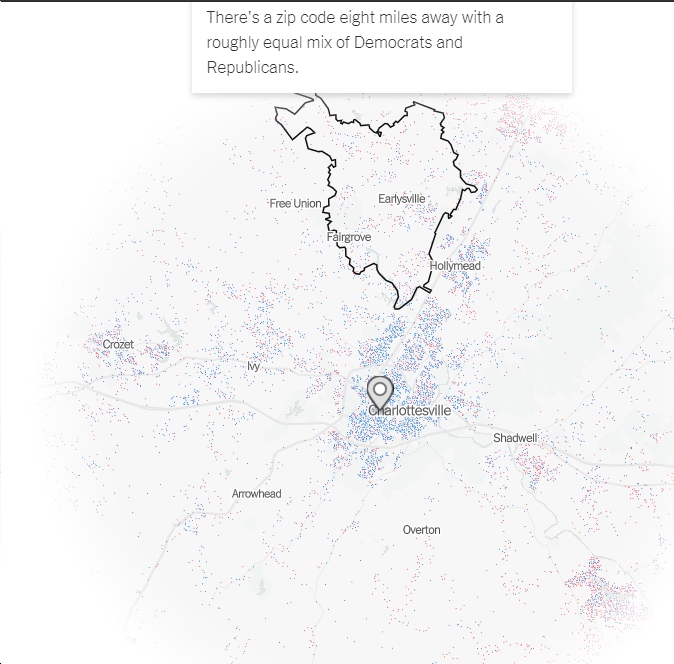 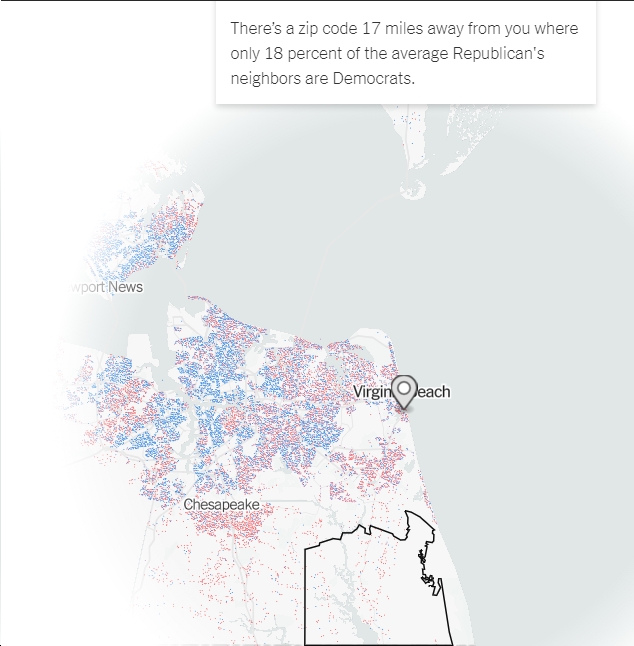 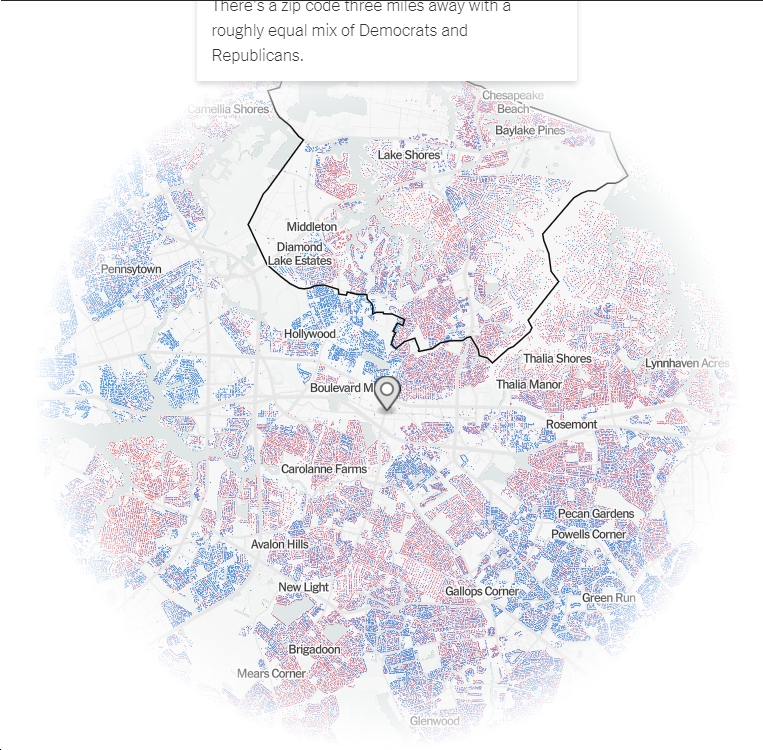 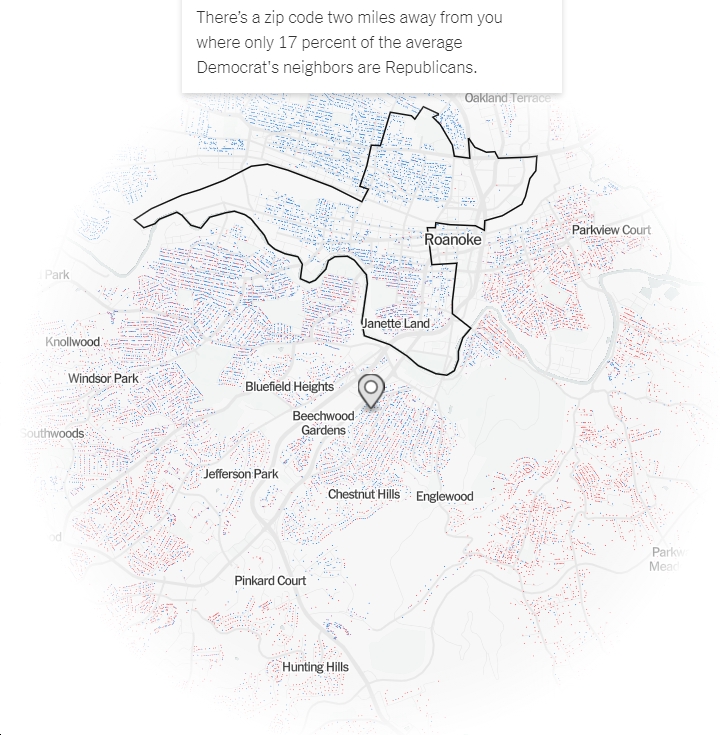 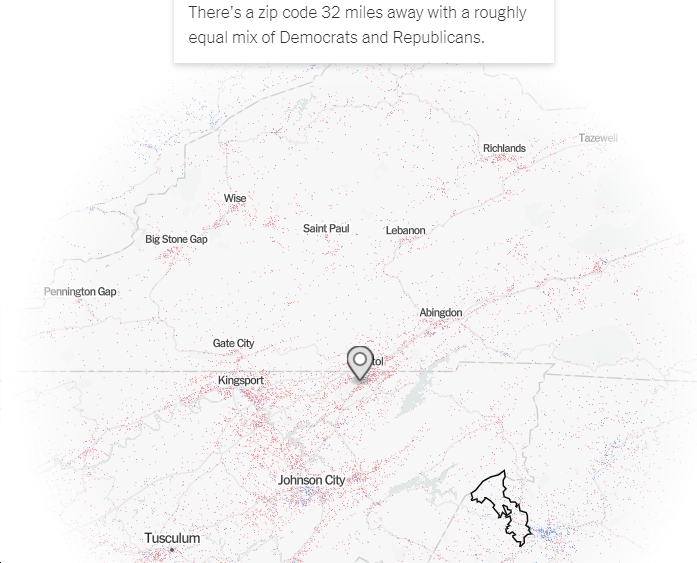 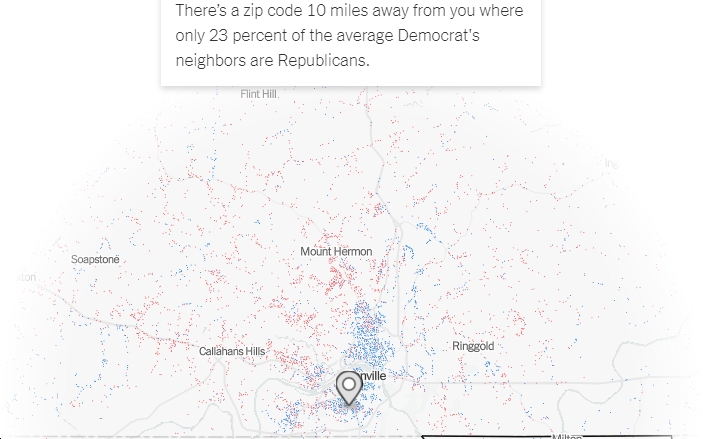 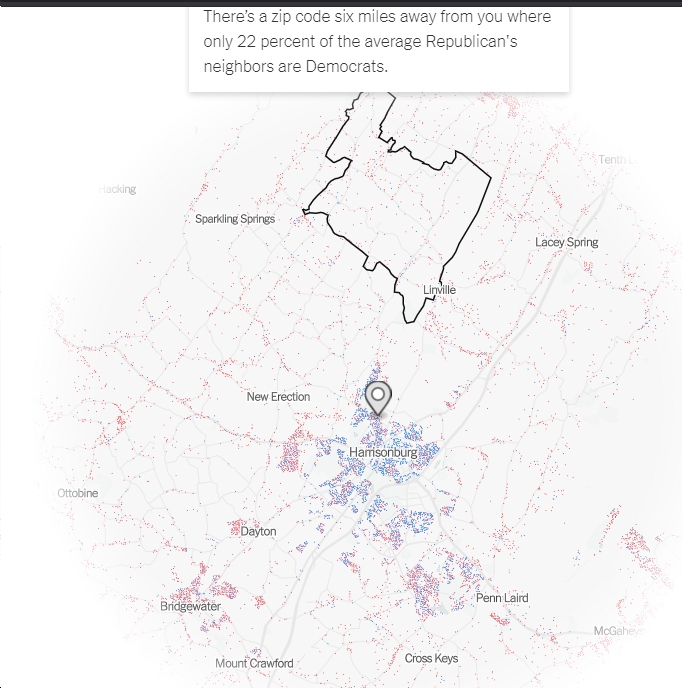 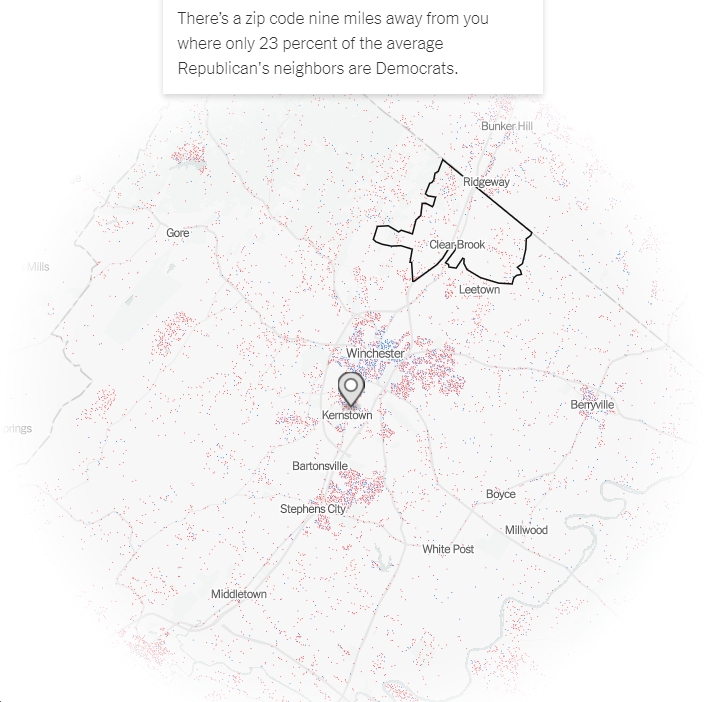