by Freeda Cathcart, Coordinator for Mothers Out Front – Roanoke Team

After the extraction, Mountain Valley ignored the U.S. Fish and Wildlife restrictions preventing construction from March 15 – June 30 to protect the habitat for the Roanoke logperch during their spawnings season. Even though there was a sign clearly designating it as an Aquatic Resource Buffer, on March 25 Mountain Valley Pipeline cut down the trees and left the logs and felled trees lying in the stream. While reports have been submitted to the federal and state authorities, no actions have been taken to stop Mountain Valley Pipeline from new construction or require them to do the necessary research to revise their erosion and sediment controls necessary to protect the streams from stormwater runoff. Reports: FERC Hotline 4.30.21 MVP pollution and violations of endangered fish habitat and 5.4.21 MVP continues to pollute endangered Roanoke logperch habitat

The Mountain Valley Pipeline has only maintained their erosion and sediment control maintenance since August 2019 along the corridor near Yellow Finch Lane, Elliston except the recent construction activity ignoring the U.S. Fish and Wildlife restrictions.  For over three years, Mountain Valley Pipeline’s failures have polluted the habitat for the endangered Roanoke logperch fish. Sediment-filled water inhibits the ability of the endangered Roanoke logperch to be able to find food, mate and survive.

On October 27, 2020, the Sierra Club, Appalachian Voices, Wild Virginia, the West Virginia Rivers Coalition, Preserve Giles County, Preserve Bent Mountain, the West Virginia Highlands Conservancy, the Indian Creek Watershed Association, Defenders of Wildlife, the Chesapeake Climate Action Network and the Center for Biological Diversity filed a lawsuit  contending that the biological opinion failed to adequately consider how the endangered Roanoke logperch and the candy darter fishes would be affected by increased sedimentation caused by the huge 42-inch Mountain Valley Pipeline crossing hundreds of streams in their habitat. Since the court denied the request for an emergency stay, the Mountain Valley Pipeline has caused more harm to the habitat for the endangered Roanoke logperch fish such as the devastation from new construction in Bent Mountain.

On May 13, 2021, the Sierra Club filed a letter on the FERC docket that was sent to Secretary of the Interior Deb Haaland serving as a “formal notice pursuant to 16 U.S.C. § 1540(g) by West Virginia Rivers Coalition, Indian Creek Watershed Association, Appalachian Voices, Preserve Giles County, Preserve Bent Mountain, Wild Virginia, Sierra Club, Center for Biological Diversity, Defenders of Wildlife, Chesapeake Climate Action Network, and Protect Our Water, Heritage, Rights (POWHR) that the U.S. Fish and Wildlife Service (“USFWS” or “the Service”) and the Federal Energy Regulatory Commission (“FERC” or “the Commission”) are in violation of the Endangered Species Act, 16 U.S.C. §§ 1531–1544 (“ESA”), regarding the failure to reinitiate ESA Section 7 consultation for the Mountain Valley Pipeline (“MVP”) project. Reinitiation is required “where discretionary Federal involvement or control over the action has been retained or is authorized by law” and, inter alia, “[i]f a new species is listed or critical habitat designated that may be affected by the identified action.” 50 C.F.R. § 402.16(a)(4). Here, in a final rule published on April 7, 2021 and that became effective on May 7, 2021, the Service designated critical habitat for the candy darter. Endangered and Threatened Wildlife and Plants; Designation of Critical Habitat for Candy Darter, 86 Fed. Reg. 17956 (April 7, 2021). This habitat would be adversely affected by MVP. The Service’s Biological Opinion for the MVP project recognizes that reinitiation of consultation is required when new “critical habitat [is] designated that may be affected by the action.” USFWS, Biological Opinion and Conference Opinion for the Mountain Valley Pipeline Project, Sept. 4, 2020 (“BiOp”) at 185.”

Other endangered species at risk from the Mountain Valley Pipeline are the Indiana and northern long-eared bats who have been harmed by the clearing of forests they inhabit. 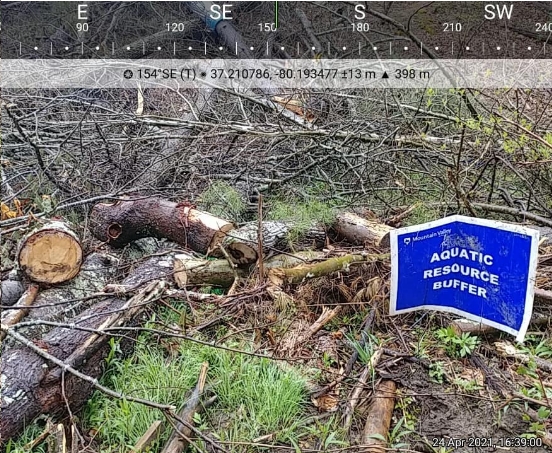 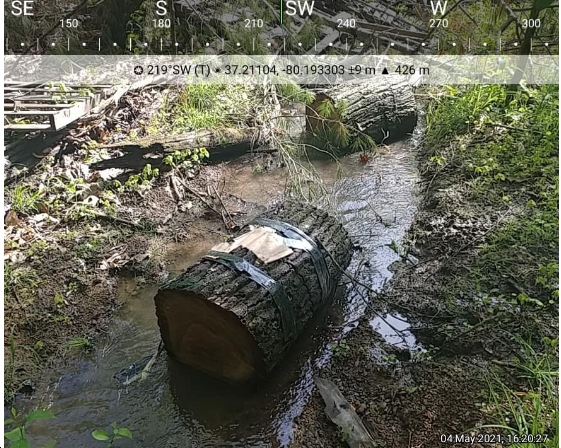 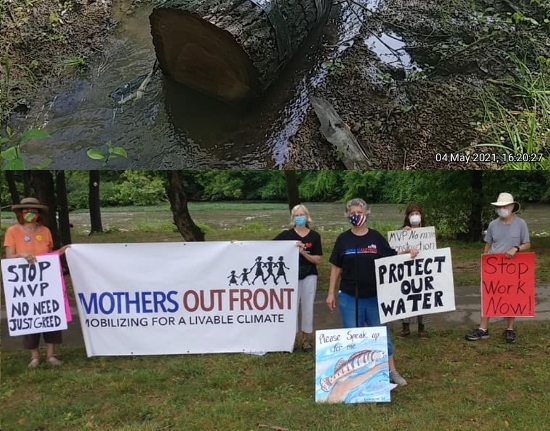