The report on the Virginia Military Institute (ordered by Gov. Northam last October, after the Washington Post article, “At VMI, Black cadets endure lynching threats, Klan memories and Confederacy veneration”) is now available, and it’s filled with interesting information. See below for some highlights, including the following (bolding added by me for emphasis): 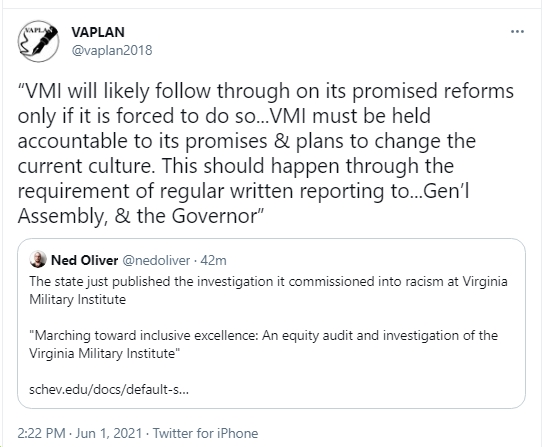 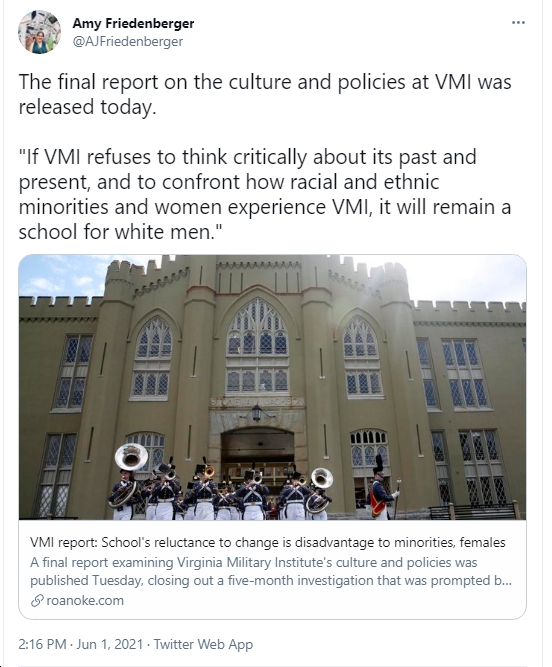 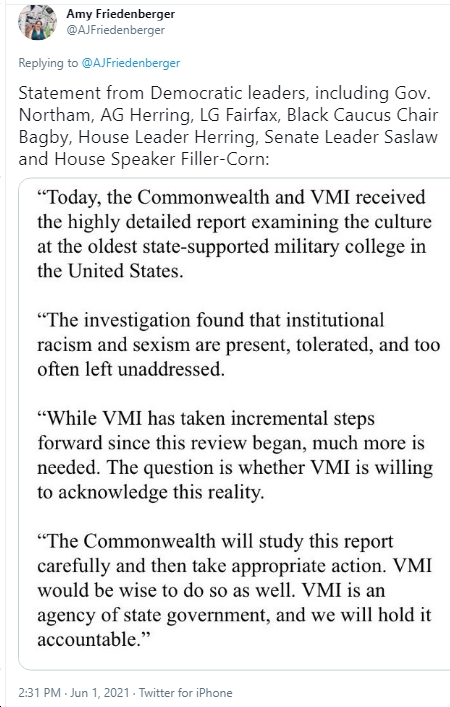 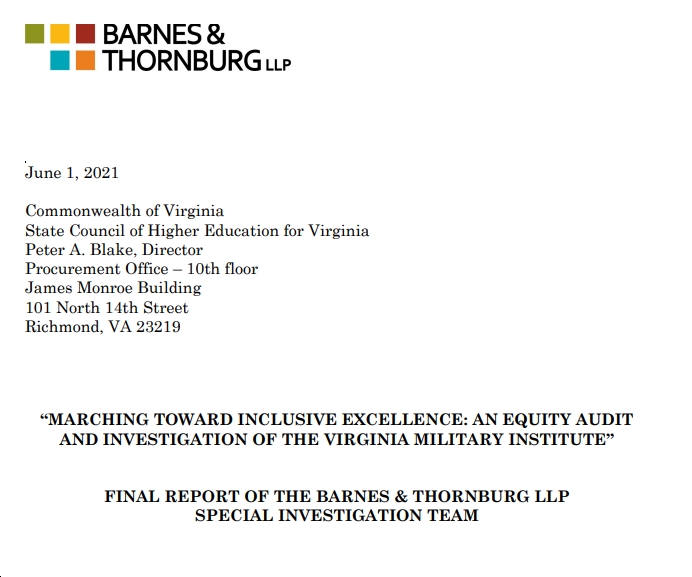 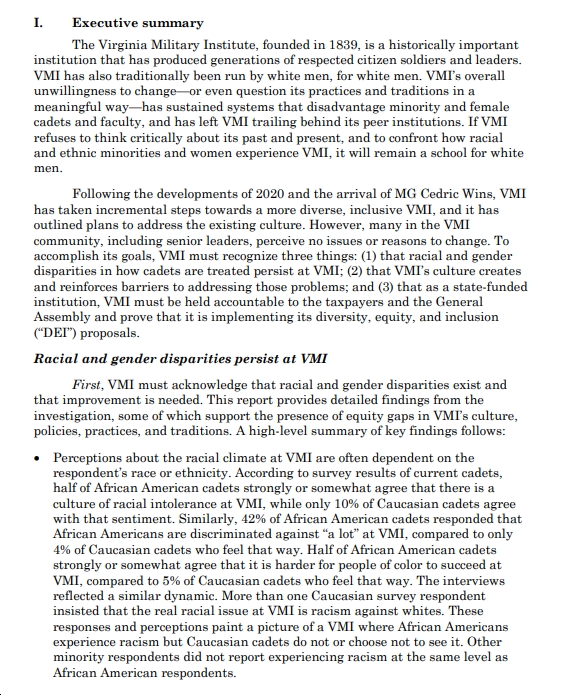 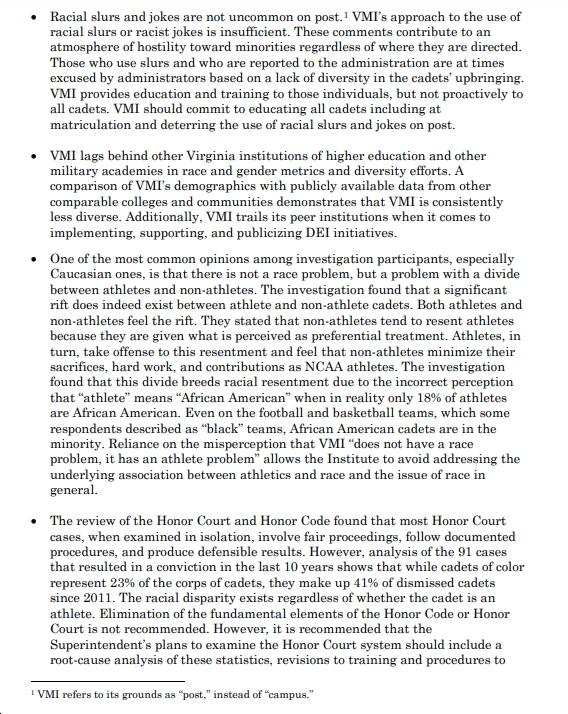 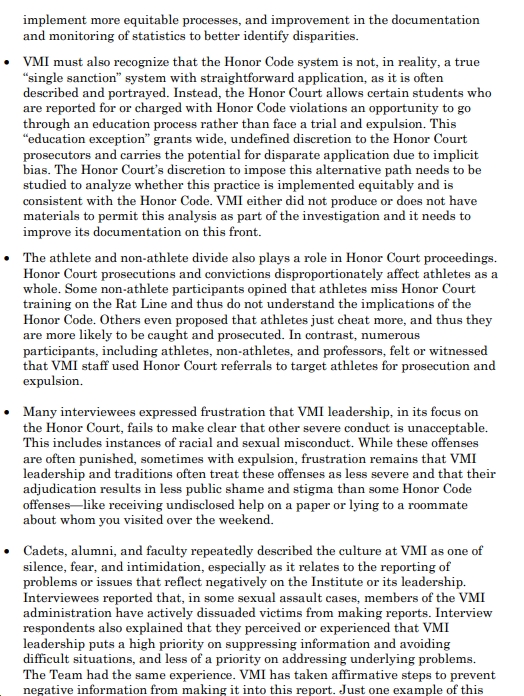 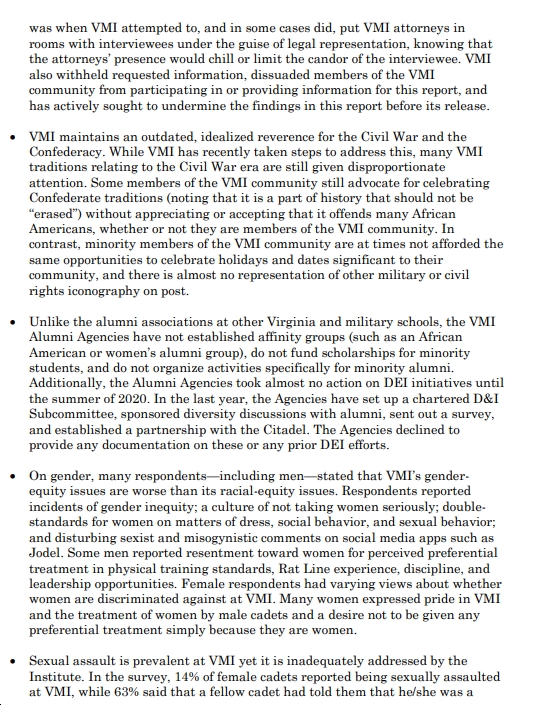 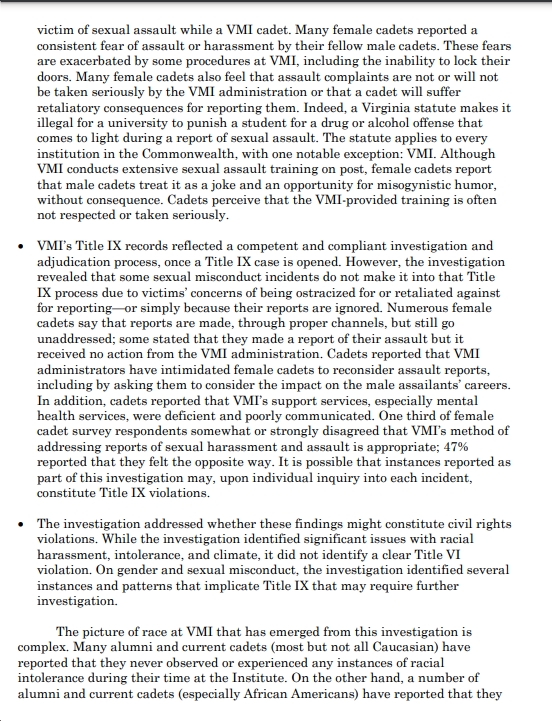 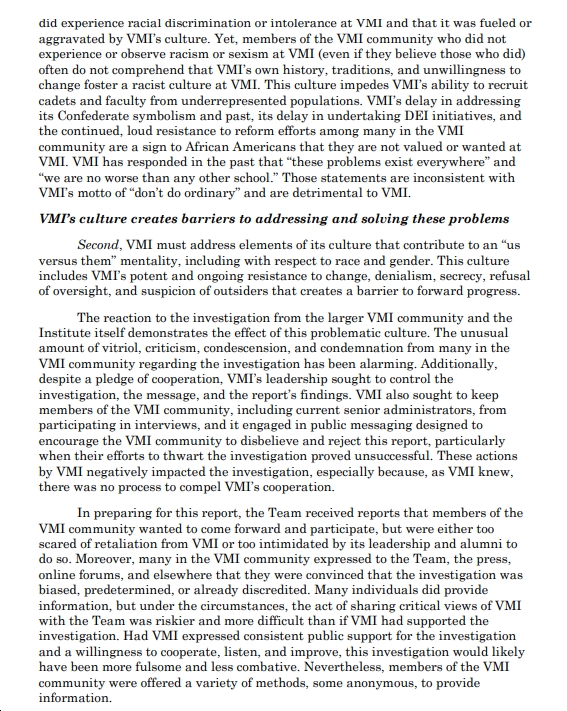 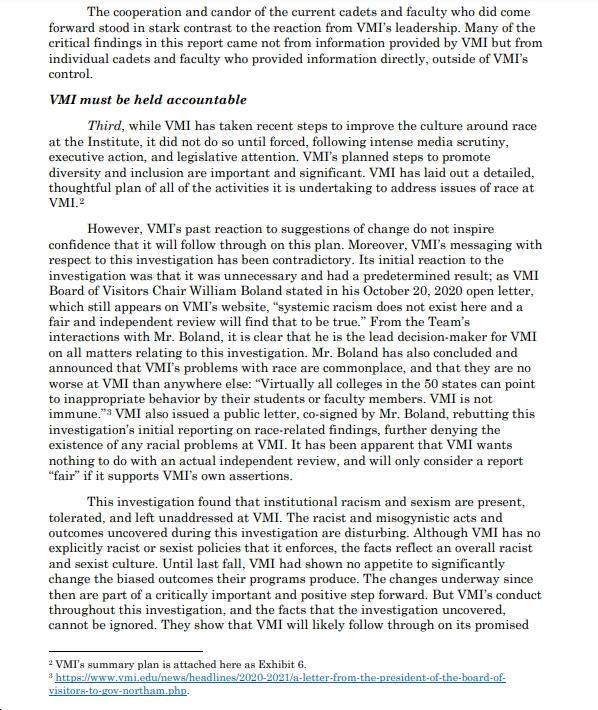 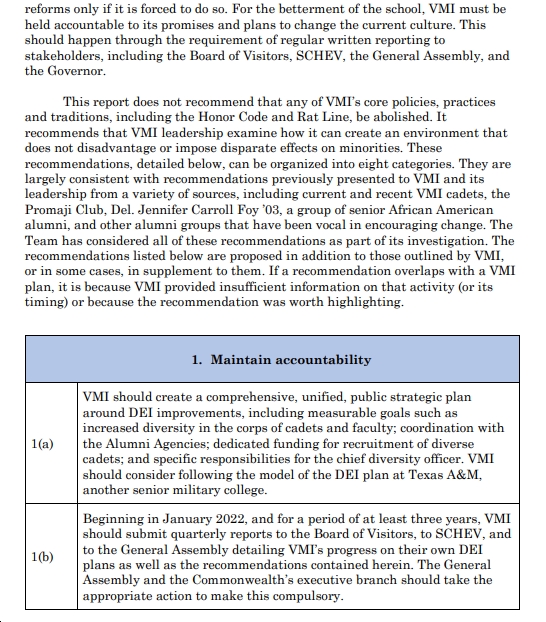 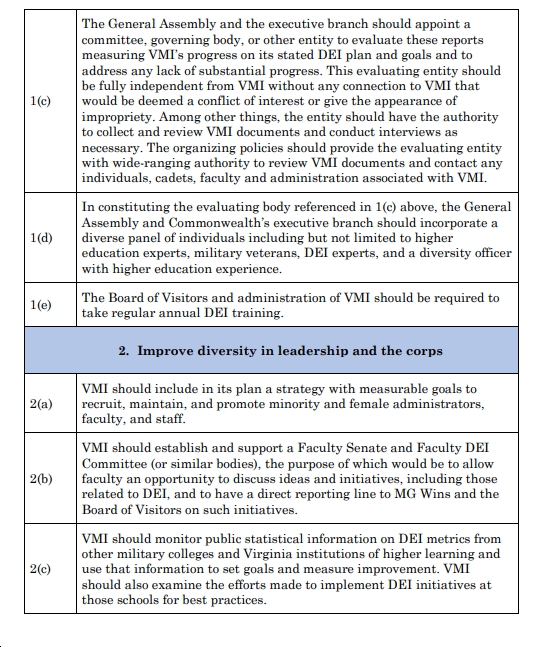 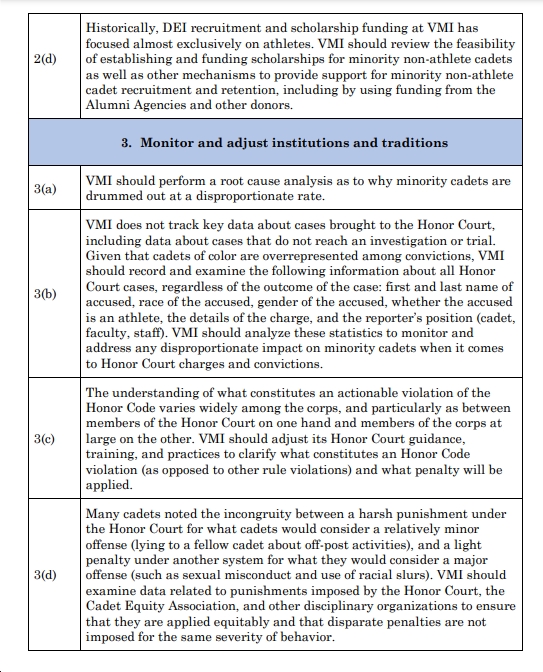 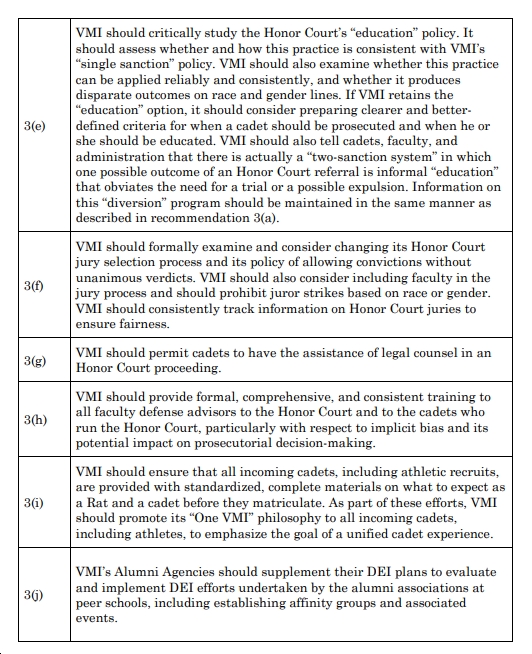 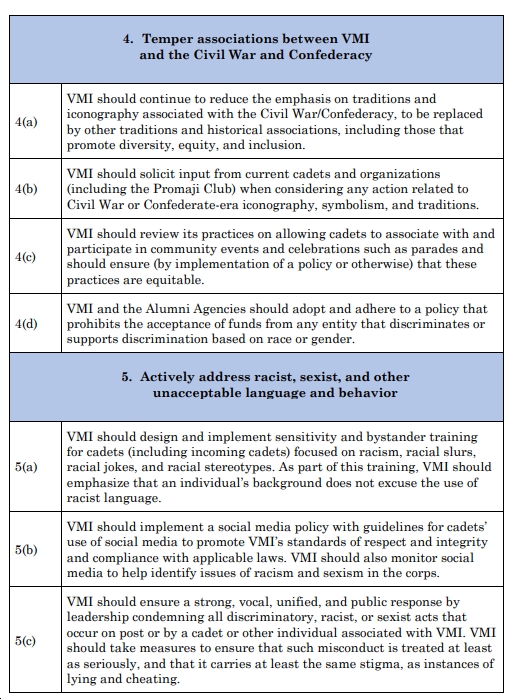 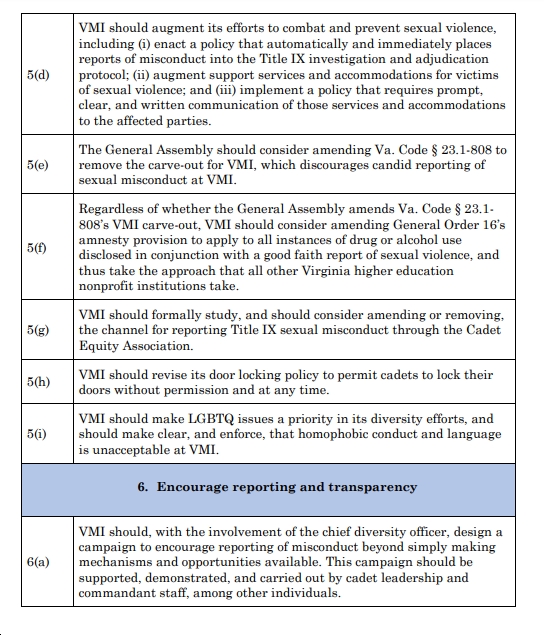 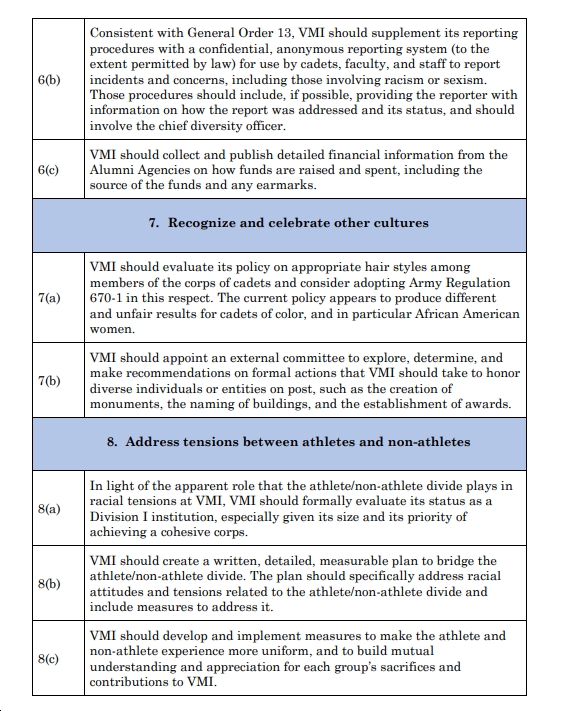 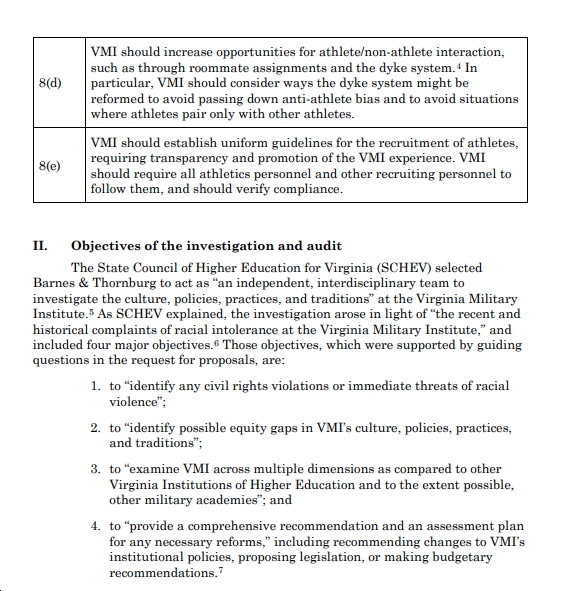 GREAT photo with which to end the weekend - go Dems! https://bluevirginia.us/2021/10/photos-with-16-days-until-election-day-2021-virginia-dems-campaign-across-the-commonwealth#comment-5574826341