As you read the Richmond Times-Dispatch story, Youngkins received 95% tax cut due to conservation status of their horse farm, keep in mind that the Youngkins are worth something like $300 million, so obviously they didn’t need the $150k+ tax break from Fairfax County to “preserve” their horse farm (note: it’s crazy that Fairfax County actually *granted* this tax break; what on earth?).

GOP gubernatorial nominee Glenn Youngkin and his wife last year successfully petitioned Fairfax County to designate their horse farm as an agricultural district, which led to a 95% reduction in the taxes they pay on the 31.5-acre property in Great Falls that surrounds their home.

The agricultural district reduced the Youngkins’ real estate tax bill on the farm by a total of $151,844.90 in 2020 and 2021 combined, according to public information that the Fairfax County Department of Tax Administration provided to the Richmond Times-Dispatch.

To put this in perspective, $150k is just 0.05% of $300 million. If you’re worth $2 million, the equivalent would be a tax break of just $1,000. Or if you’re worth $200,000, the equivalent would be a tax break of just $100.  Anyway, the point is, the Youngkins certainly didn’t need the tax break, let alone in the midst of the COVID-19 pandemic, when presumably Fairfax County had a lot more important things to be dealing with. The fact that the Youngkins thought it was very important to milk the county for this tax break (aka, “dodge property taxes,” as Terry McAuliffe puts it) really shows where their priorities are…

Anyway, check out some of the reactions, below, such as: 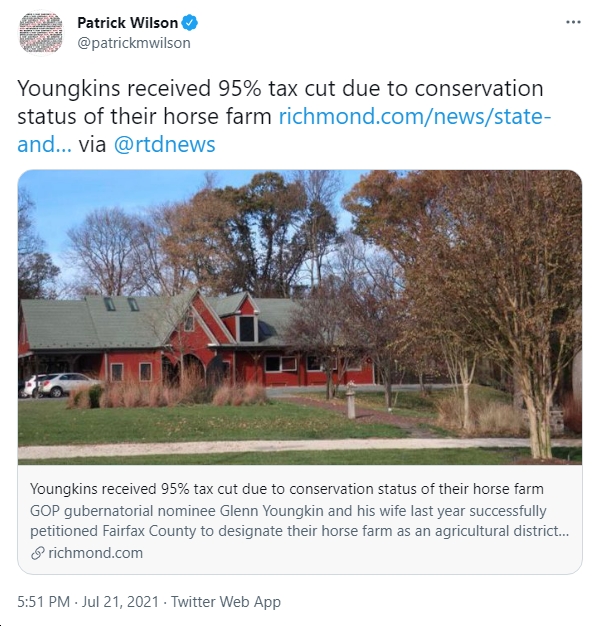 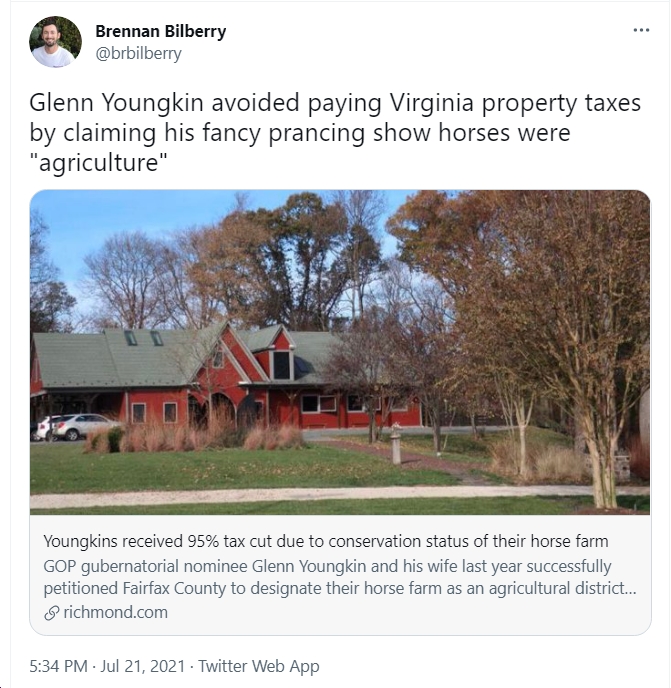 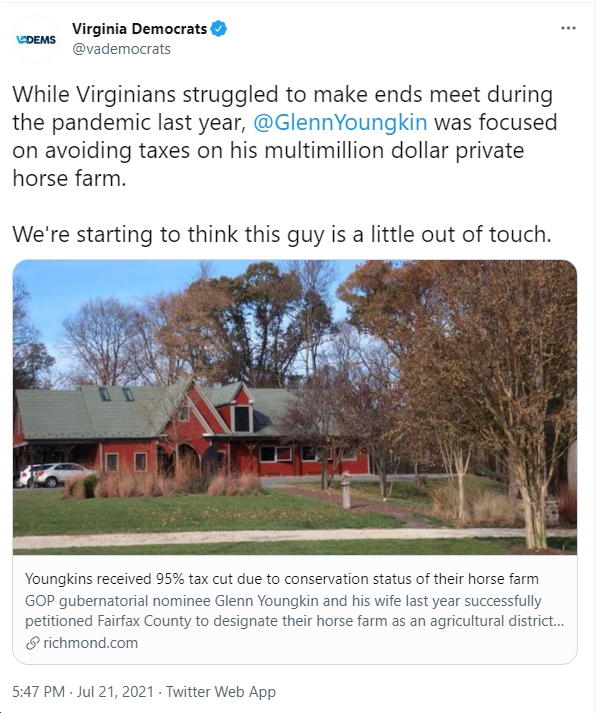 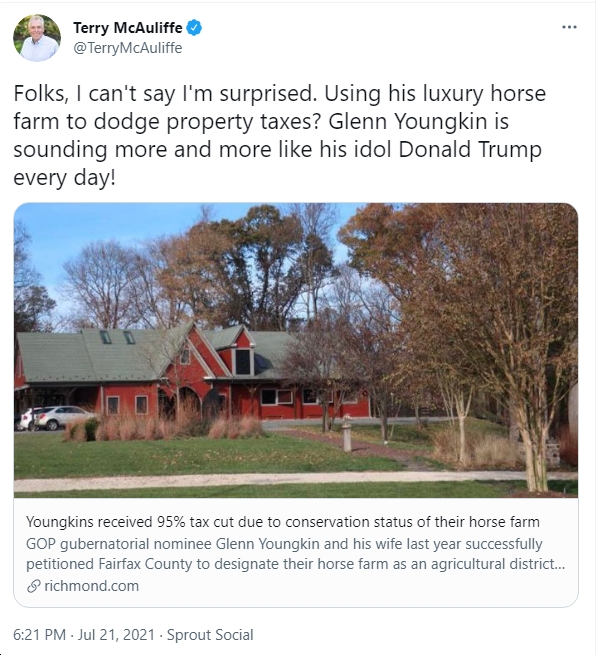 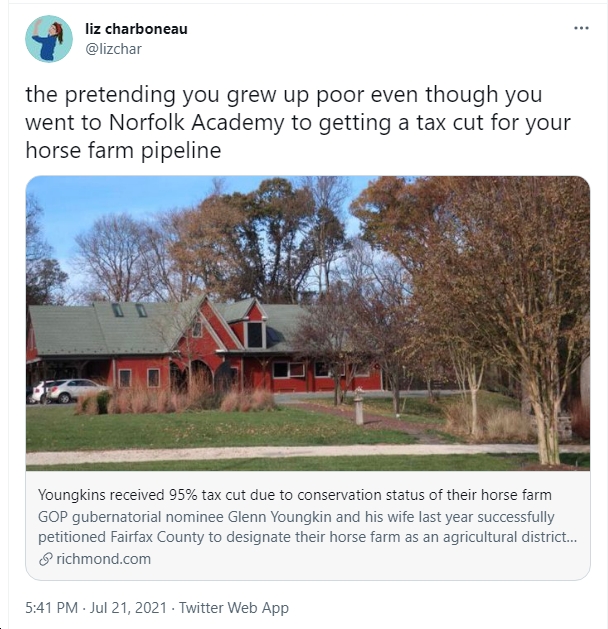 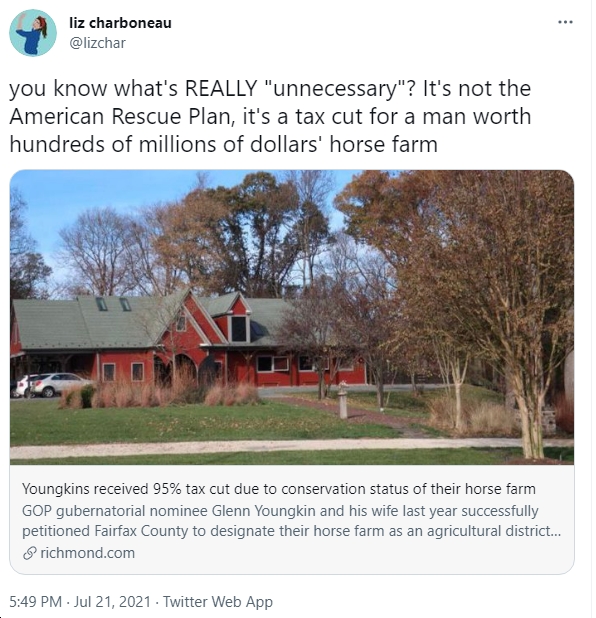 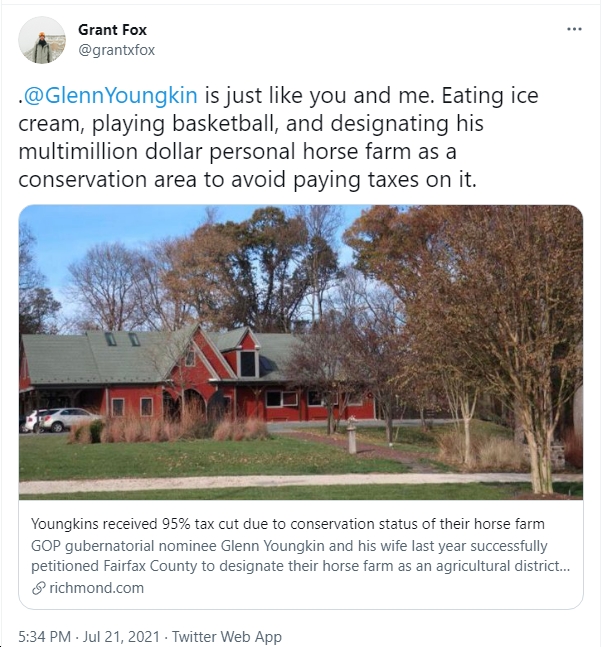 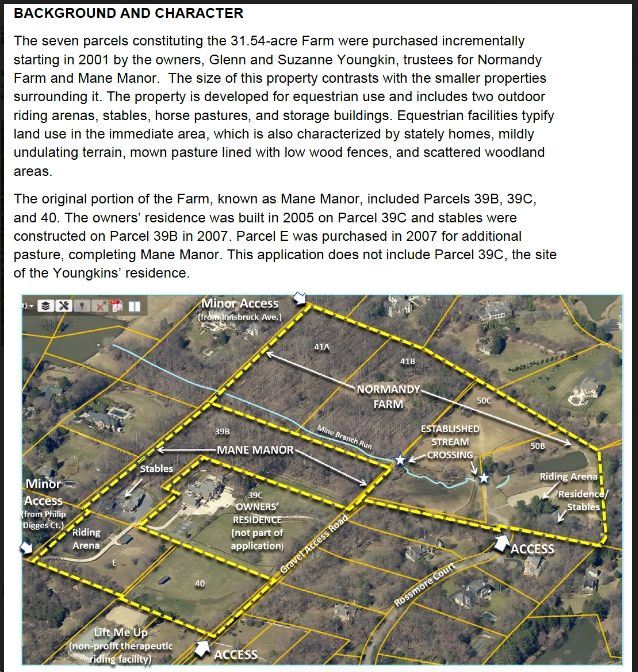 Friday News: “Russian battalion wiped out in failed river crossing”; “What the ‘Life of the Mother’ Might Mean in a Post-Roe America”; “What grooming...

Far-Right Rep. Bob Good (R-VA05) Has Been Endorsed by a Rogue’s Gallery of Extremists, Insurrectionists (One texted Mark Meadows: "Dude, we need ammo. We need fraud examples." Another "said that supporters of abortion rights are worse than Adolf Hitler") https://bluevirginia.us/2022/05/far-right-extremist-rep-bob-good-r-va05-has-been-endorsed-by-a-rogues-gallery-of-extremists-and-insurrectionists