See below for reactions from Virginia Democrats (and silence from Virginia Republicans) after Republican House of Delegates candidate Gary Pan attacked his opponent, Del. Kathleen Murphy (D-HD34) for supposedly “phoning it in,” when in fact she was “out of town to be with her daughter who was critically ill and sadly passed away Friday.” Deepest condolences to Kathleen Murphy and her family; it goes without saying that she shouldn’t have to be dealing with the absurd, disgraceful bulls*** from Gary Pan when she’s going through such an incredibly difficult time… 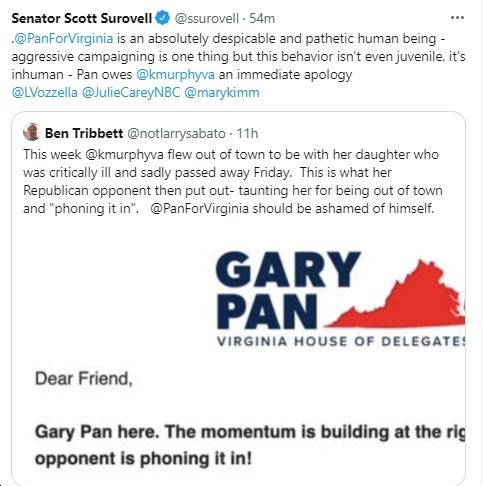 Very shameful. This takes campaigning and decency to a new low. We can't have someone who would step to this low serving in the General Assembly. 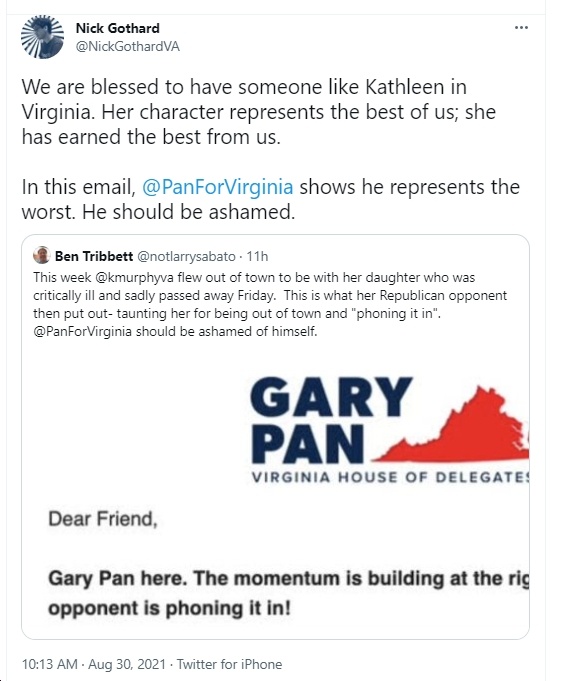 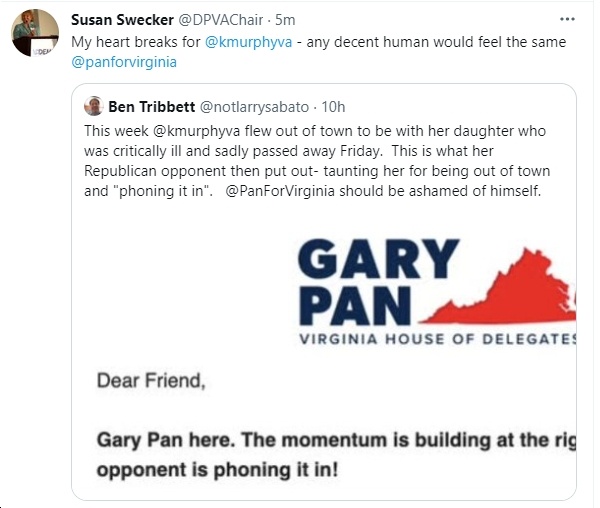 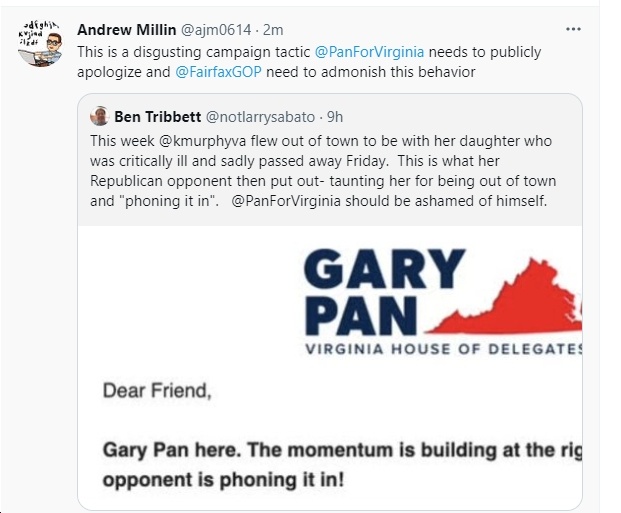 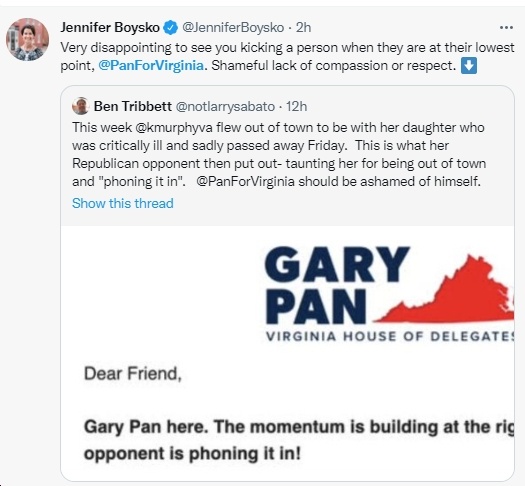 Republican AG nominee Del. Jason Miyares is a COLLEAGUE of Del. @kmurphyva's in the VA House of Delegates; is he cool with Gary Pan's disgusting behavior and attacks while Murphy was out of town with her daughter who was critically ill? https://t.co/wO2KgDtc0f cc: @vademocrats pic.twitter.com/TtG55L0ihH

It saddens me that @PanForVirginia hasn’t gotten the memo that people come before politics.

I may not have always agreed with @carterforva on policy, but he did one of the classiest things I’ve ever seen a politician do by issuing a statement of sympathy and pausing campaigning for a day after his opponent, former Del. Jackson Miller lost his wife. Gary Pan, do better. https://t.co/VlD1zWSPpn