Richmond, VA — It has long been clear that Glenn Youngkin is a Donald Trump loyalist. Youngkin has repeatedly told Virginians he is “honored” to have Trump’s “Complete and Total” endorsement. Glenn has even said that Trump “represents so much of why” he’s running for governor.

But yesterday, when he was asked a simple question about Trump’s endorsement, Glenn had a meltdown on camera. 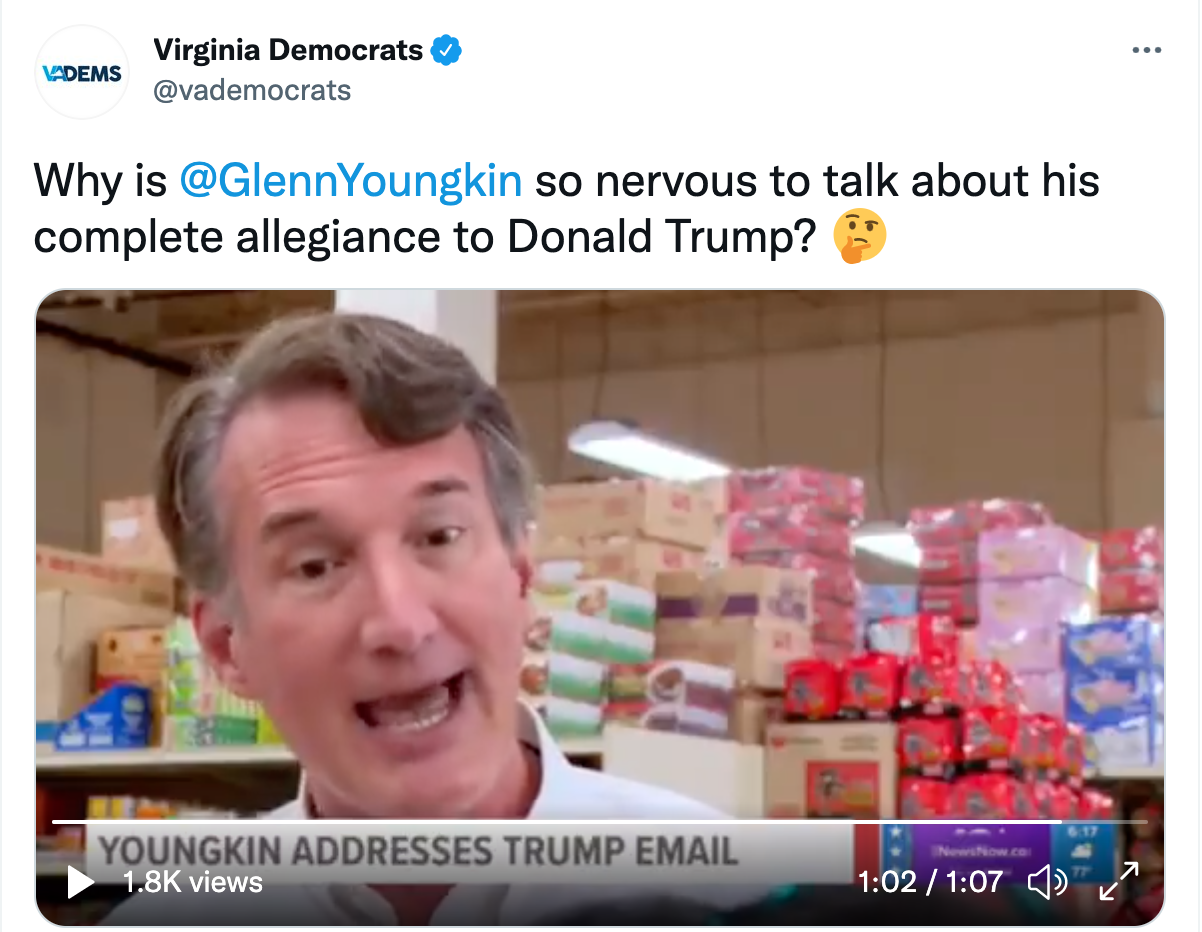 Mr. Youngkin refused to answer a simple question not once, not twice, but three different times. After nervously dancing around it, Glenn found a way to appease the former guy and relented that he was “very pleased” to have Trump’s support.

Yesterday’s meltdown is an important reminder that Glenn Youngkin is all in on Donald Trump’s dangerous election conspiracies. Youngkin launched his campaign with an “election integrity task force” designed to advance Trump’s Big Lie, which he has called the “most important issue” in this campaign. Youngkin spent months lying about the 2020 election and is committed to the hardline Republican agenda of restricting voting rights.

Most recently, Youngkin headlined an insurrectionist-sponsored “election integrity” rally. This came after Youngkin suggested that the disgraced former president could be reinstated into office.

Great point by @brianklaas - Bob Good isn't an isolated case, he represents a much broader phenomenon that poses "an existential crisis for American democracy" https://bluevirginia.us/2021/10/after-unhinged-extremist-rep-bob-good-r-va05-blasts-all-colleges-except-christian-ones-urges-high-school-students-to-rebel-against-required-mask-wearing-former-rep-denver-riggleman-r-va#comment-5573358051