The Virginia GOP’s nominee for House of Delegates in HD89 (Hahns Copeland) against Del. Jay Jones (D) lets out his inner anti-Semite against Virginia’s first Jewish Speaker of the House, Del. Eileen Filler-Corn (D), the day after Yom Kippur no less.  See below for some tweets and photos of Copeland with the Virginia GOP’s 2021 statewide ticket – Glenn Youngkin, Winsome Sears and Jason Miyares. We’ll see if they condemn this or what…

Does @GlennYoungkin have an ounce of courage in his body to denounce this vicious anti-semitism? https://t.co/RALUIw2YkZ pic.twitter.com/ztPAsdtNOP

Absolutely grotesque antisemitism on display from yet another @GlennYoungkin aligned Virginia Republican — just one day after Yom Kippur.

This is despicable. Youngkin and the @VA_GOP must forcefully condemn this — immediately. pic.twitter.com/DMGIQMb884 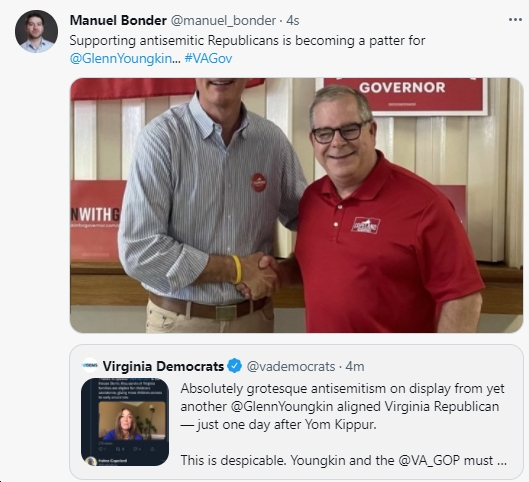 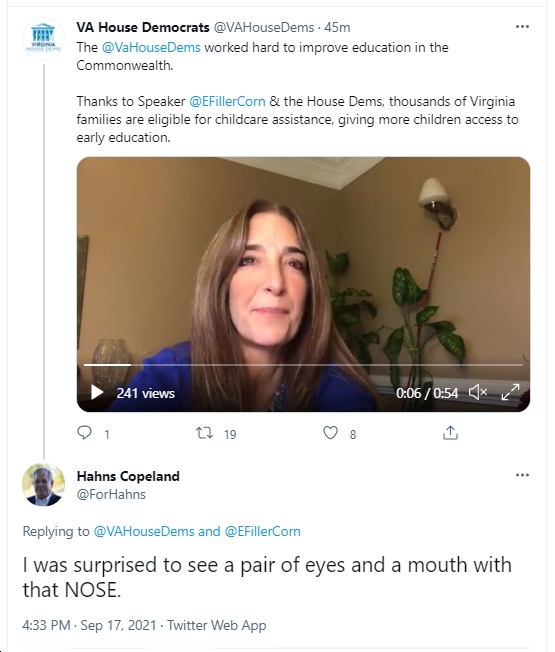 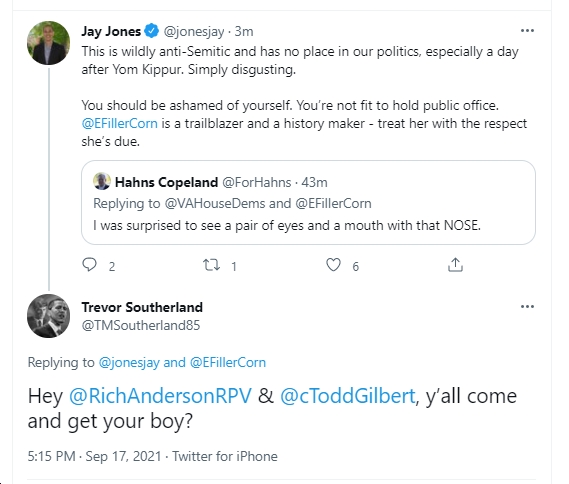 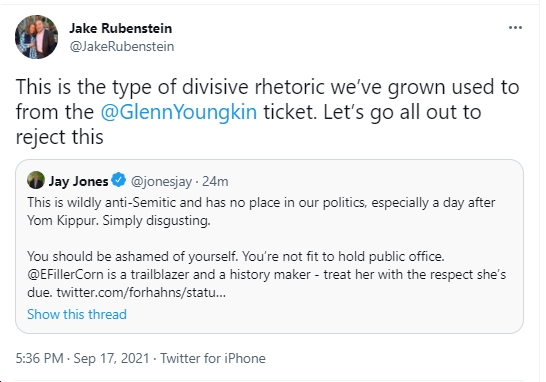 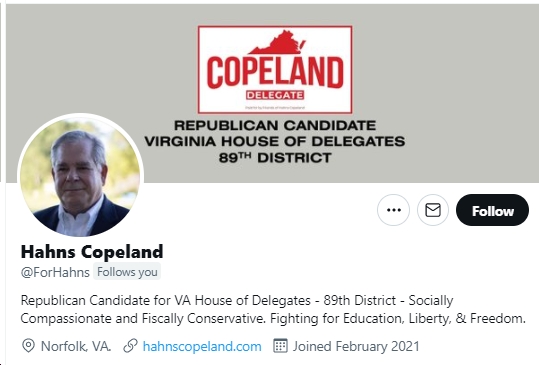 Here he is with Virginia GOP gubernatorial nominee Glenn Youngkin 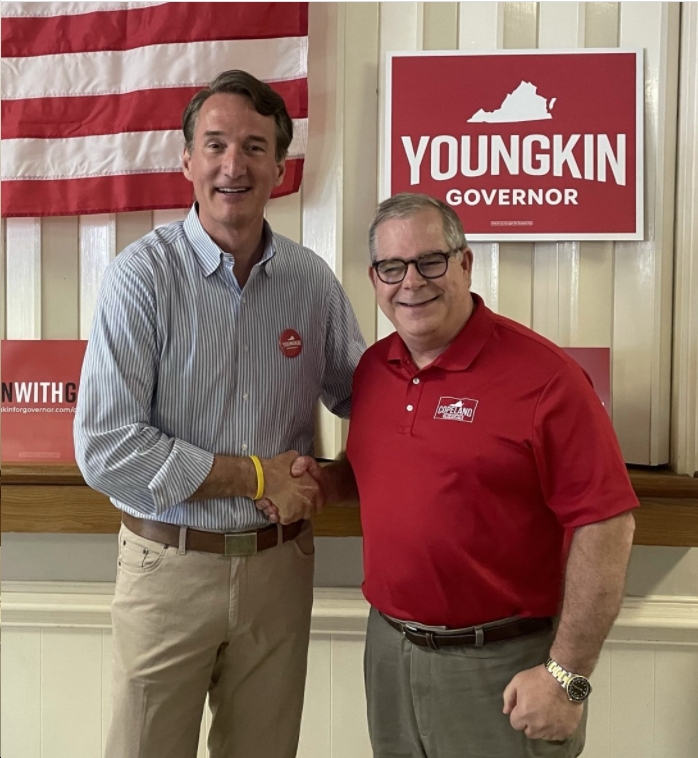 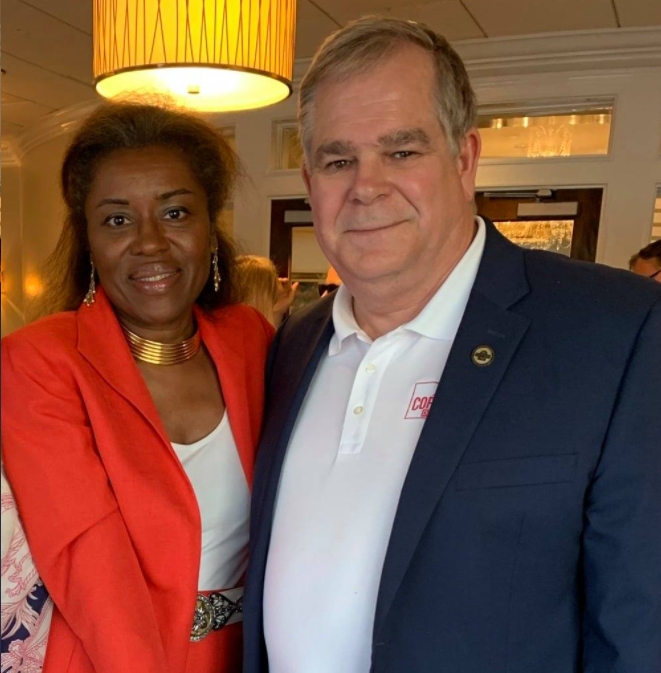 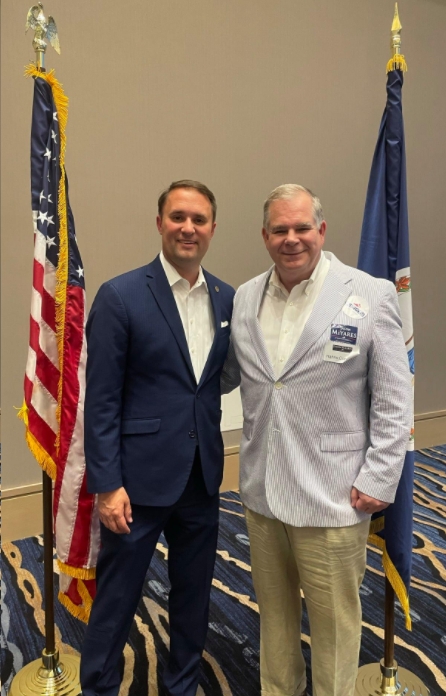