WASHINGTON — A new memo from the Democratic Legislative Campaign Committee highlights the anti-science positions that key Republican candidates in Virginia have taken in the fight against COVID-19. The GOP has made it clear that if they gain a majority in Virginia, they will roll back vital public health measures that are keeping Virginians safe. 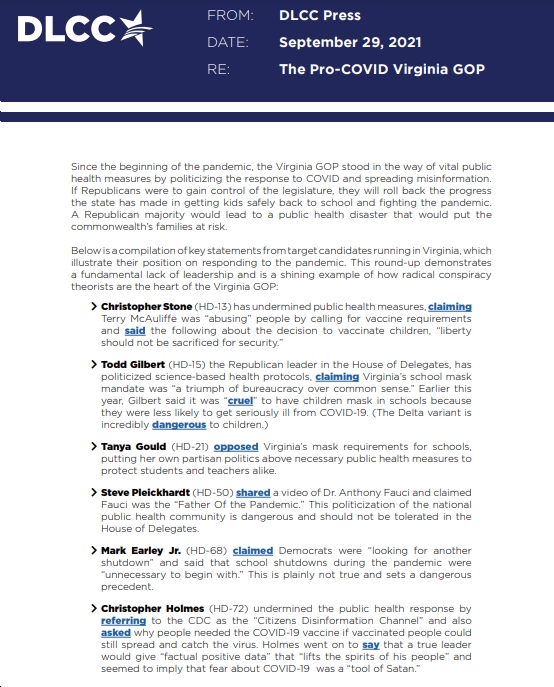 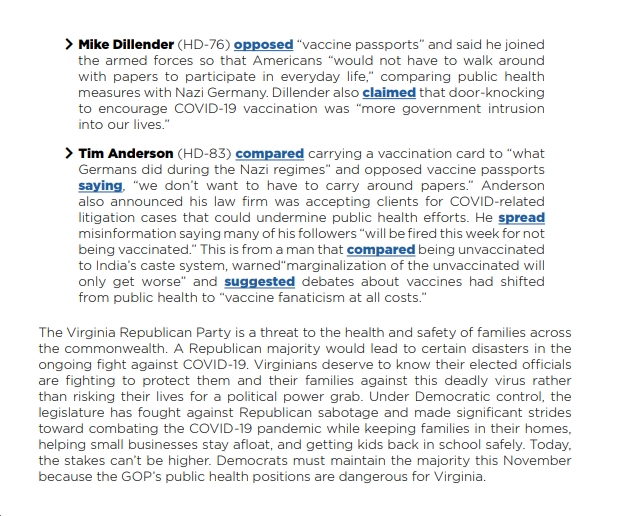 “From being anti-mask to spreading vaccine skepticism to comparing public health measures to Nazi Germany, the Virginia GOP has made it clear that they are firmly in favor of this pandemic continuing to threaten the health and safety of Virginians,” said DLCC President Jessica Post. “While Democrats have worked hard to pass science-based safety measures that put COVID cases on the decline, the GOP has continued to spread misinformation and reverse progress. Virginians deserve leaders that are looking out for their safety. The Virginia Republican Party is simply too dangerous to hold the majority this November.”

The memo includes a list of key statements from target Republican candidates running in Virginia and illustrates their positions on responding to the pandemic. The round-up shows a deep lack of leadership and an embrace of conspiracy theories and misinformation that runs rampant in the Republican Party.