See below for highlights – courtesy of @VAPLAN and @gmoomaw (Virginia Mercury reporter Graham Moomaw) – and video from today’s Virginia Redistricting Commission meeting, which got a bit heated at times (particularly over the issue of to what extent, if at all, incumbent addresses should be taken into account in drawing districts). Note that there’s not a great deal of time to complete the Commission’s work, as they’re shooting to complete their work on State Senate and House of Delegates maps sometime in the September 26-October 10 timeframe. So far, we’ve only seen drafts – by Democratic and Republican “map drawers” – of House of Delegates and State Senate districts in Northern Virginia. So there’s still a loooong way to go – need to see drafts for the entire state, then the Commission needs to hash out a single map from the two sets of partisan maps, then it all has to be approved, etc. Good luck! 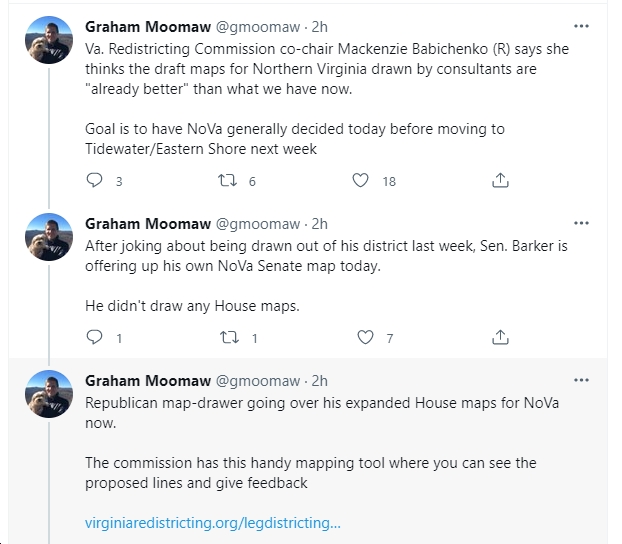 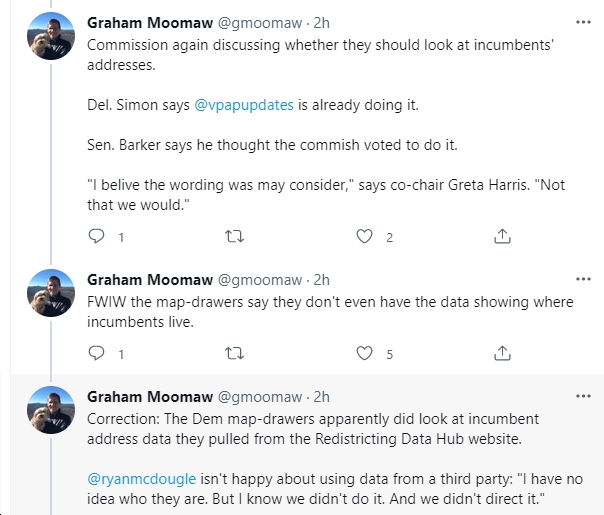 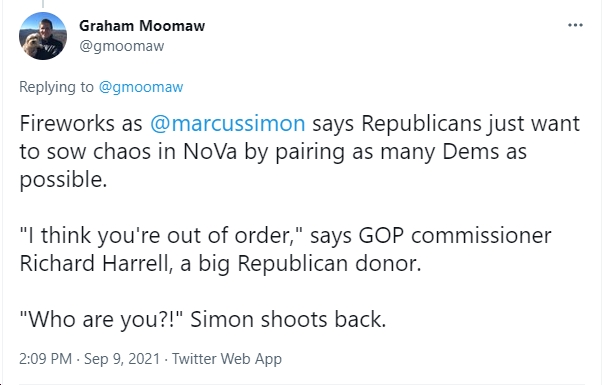 Clarification: the map drawers themselves are not taking into account public input received by the @CommissionVa on the maps or communities of interest—they await that information *from* the Commission.

More updates from @vaplan2018 of the VA Redistricting Commission meeting, which is going on right now. Things got pretty heated over whether map drawers should or should not consider incumbent addresses… https://t.co/DhOXHO6HPg pic.twitter.com/tVFcC74lZ0 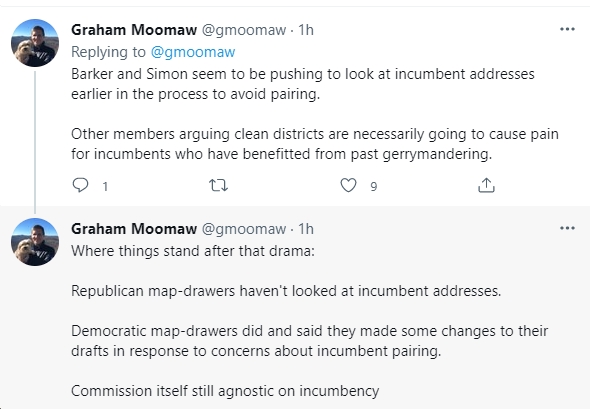 There are ZERO MEMBERS of the public at this @CommissionVa meeting waiting to give feedback on these maps! {exasperated sigh}

Good question by Sean Kumar, who asks why the @CommissionVa should be spending time to hear the special pleading of one elected official as to why his/her district should be gerrymandered for his/her protection https://t.co/koUNejWU5c h/t @vaplan2018 pic.twitter.com/EwVnFdt0nE