After months of campaigning across the Commonwealth with Glenn Youngkin, who has bragged about his “PSAs,” LG Candidate Winsome Sears Refuses to Share Vaccination Status

If Youngkin Can’t Even Get His Own Ticket to Follow The Science, How Can He Be Expected to Lead?

Richmond, VA — Five-time Trump-endorsed Glenn Youngkin has a serious problem with his anti-vaccine rhetoric. The latest? His own running mate refused to confirm whether she has received the COVID-19 vaccine when asked by CNN. If Youngkin can’t get his own ticket to follow the science, how can he be expected to lead Virginia out of this pandemic?

While Youngkin has bragged about his “PSAs,” he has also been caught speaking directly to his right wing supporters encouraging them to “fill out exception forms” and avoid vaccine requirements. Did he encourage his own running mate not to get the vaccine? 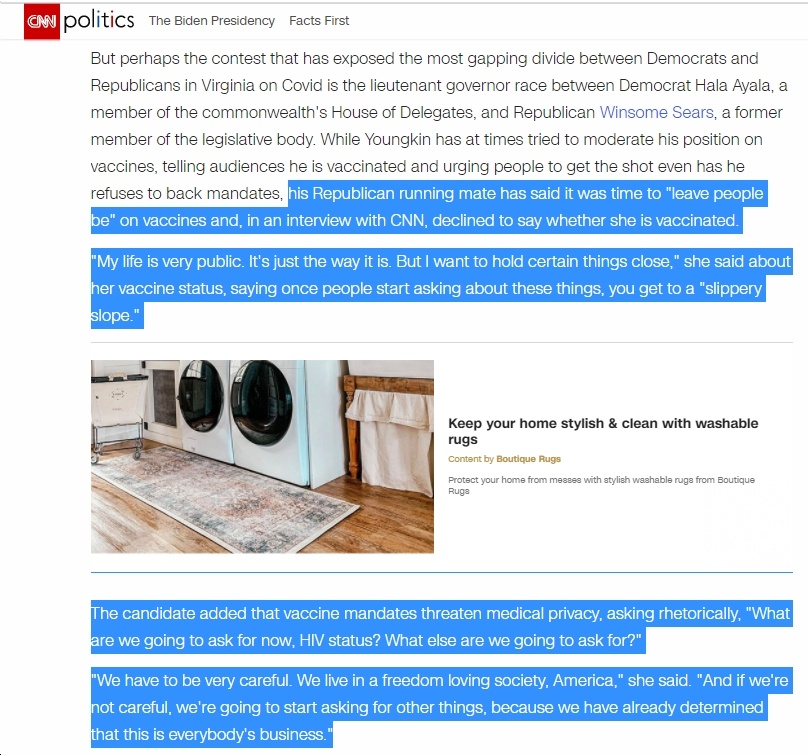