With just over a week until Election Day – and the polls indicating a very close contest, meaning we need EVERYONE to vote! – the Latino Victory Fund is working closely with Virginia candidates, including Delegate Hala Ayala (the Democratic nominee for Lt. Governor) and Del. Elizabeth Guzman. To help win these elections, the Latino Victory Fund is making a five-figure GOTV investment in support of their races. See below for an ad, called “Until Now,” that will air in the DC media market starting this week. The ad highlights the historical nature of Hala Ayala’s candidacy, including the fact that she is the first Afro-Latina elected to the General Assembly. The ad also highlights paid family leave and affordable health care. 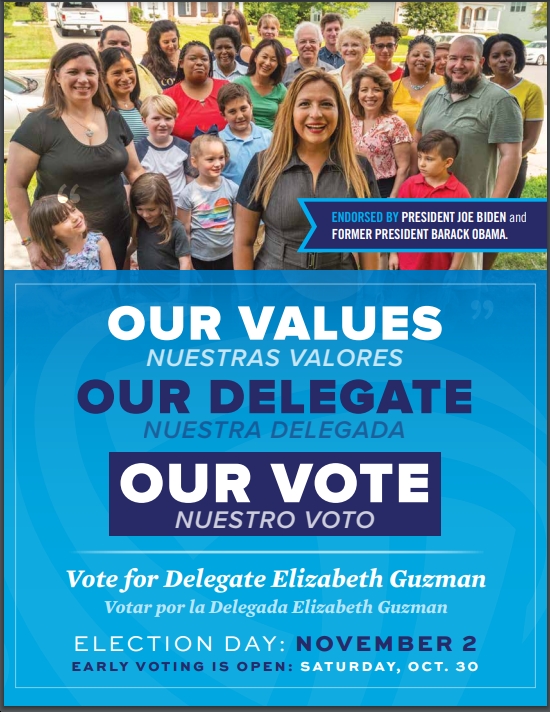 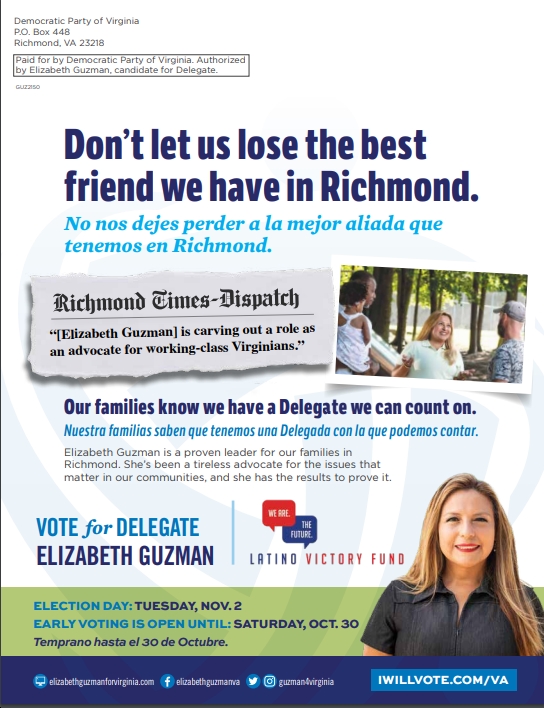 Salvadoran Community Speaks Out: “Yesli Vega will not Represent Our Interests”