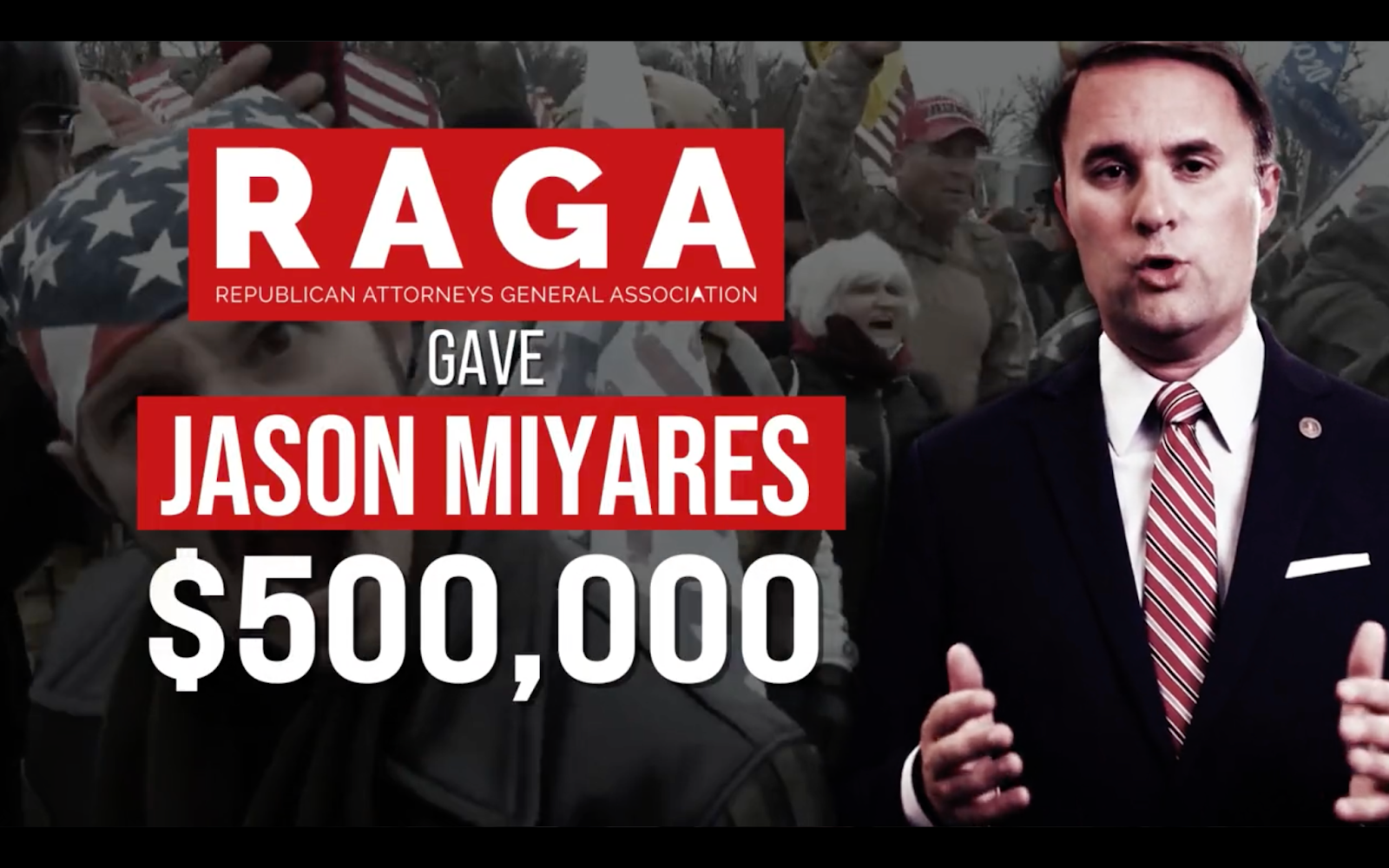 “Organizers who planned and financed January 6 are now financing Jason Miyares with half a million dollars, and Jason Miayres is in lock step with their agenda.”

Prior to the insurrection, RAGA’s policy arm — the Rule of Law Defense Fund (RLDF) — paid for a robocall promoting the rally, encouraging “patriots” to march to the Capitol building to “stop the steal.” In addition to the robocall, Republican Attorneys General bear responsibility for spreading Trump’s Big Lie and trying to overturn the results of the election.

The ad concludes, “For the January 6 planners, Jason Miyares is the plan.” Virginians deserve better than Jason Miyares and those who support Trump’s Big Lie.

See the transcript below:

They brought them to Washington and told them to fight. Organizers who planned and financed January 6th   are now financing Jason Miyares with half a million  dollars. And Jason Miyares is in lockstep with their agenda.\. The threat is real. Five police officers died. For the January 6 planners, Jason Miyares is the plan. I’m Mark Herring, candidate for attorney general, and I  sponsored this ad.