See below for some reactions to Glenn Youngkin’s first actions as governor, including extremely ill-advised (not to mention dubious and dishonest) executive orders/directives to rescind mask and vaccine mandates, pull Virginia out of the Regional Greenhouse Gas Initiative, fire the Parole Board, “investigate wrongdoing in Loudoun County,” “cutting job killing regulations by 25 percent,” etc. As Joy-Ann Reid puts it:

And as the Democratic Party of Virginia says:

“Glenn Youngkin’s Day One agenda is divisive and dangerous and will take us backwards. At a time when we need a governor who will lead us through this pandemic, Youngkin’s top priority is rolling back protections that will put our children and Commonwealth at risk.”

And Fred Wellman nails it:

“Glenn Youngkin and his administration are already showing the absolute moral bankruptcy of the Republican Party on DAY ONE! Stop ‘giving them a chance!’ Stop being so damn purity focused on Democratic candidates. We are in a fight for our democracy. I am so angry today.”

See below for more reactions… 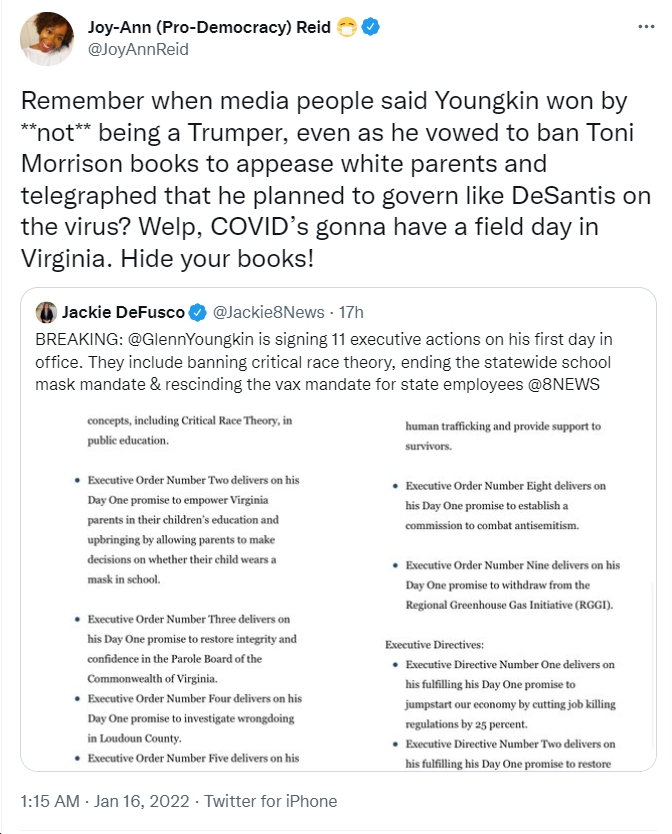 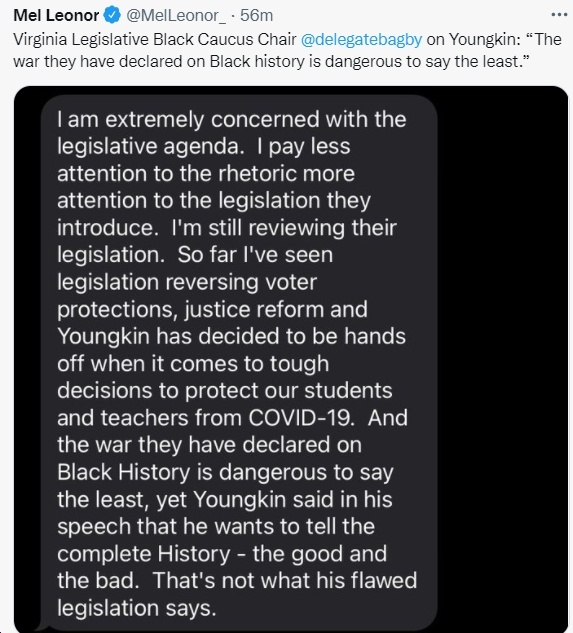 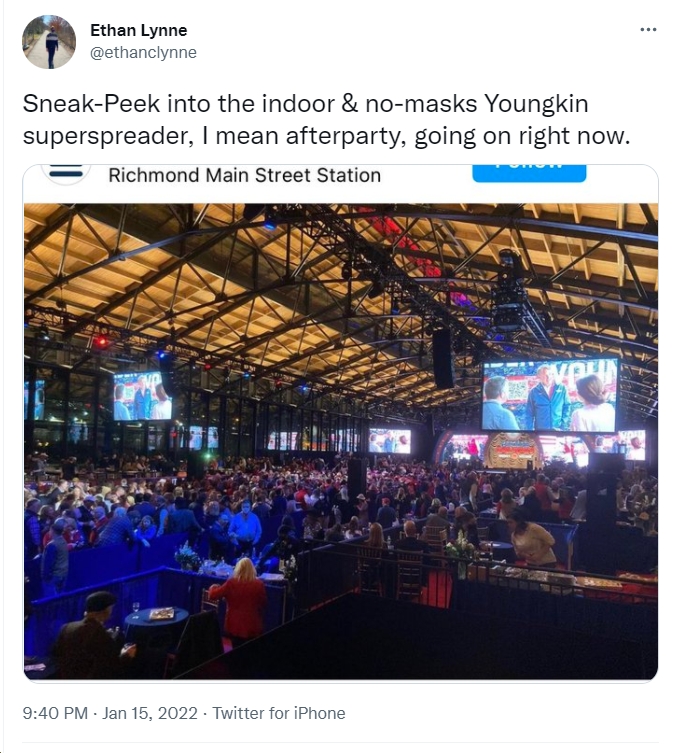 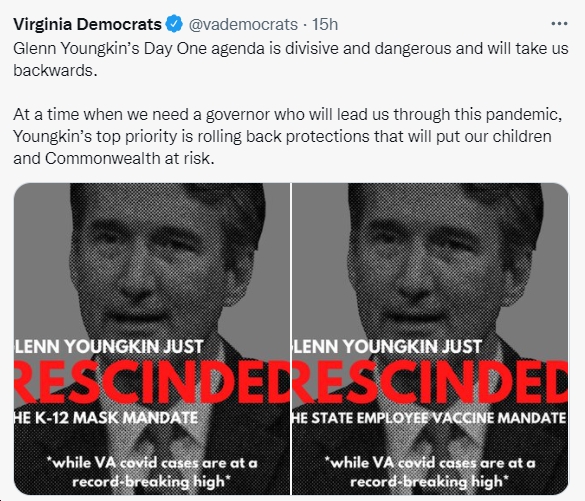 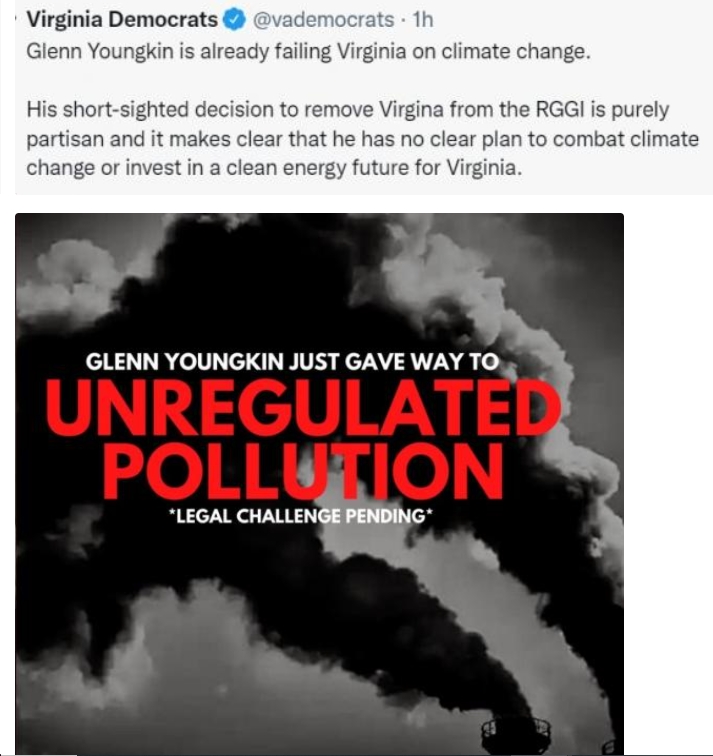 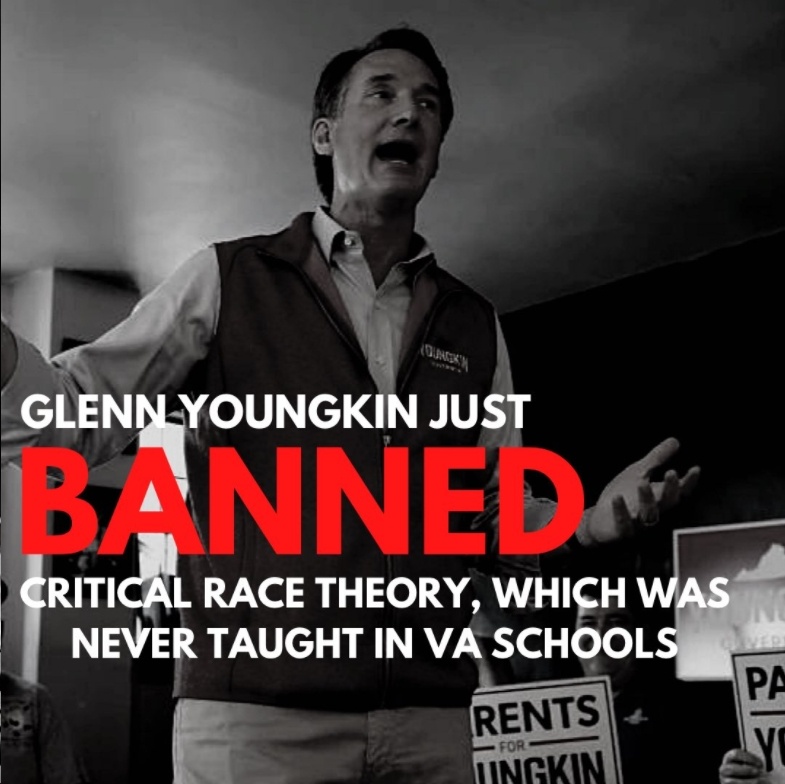 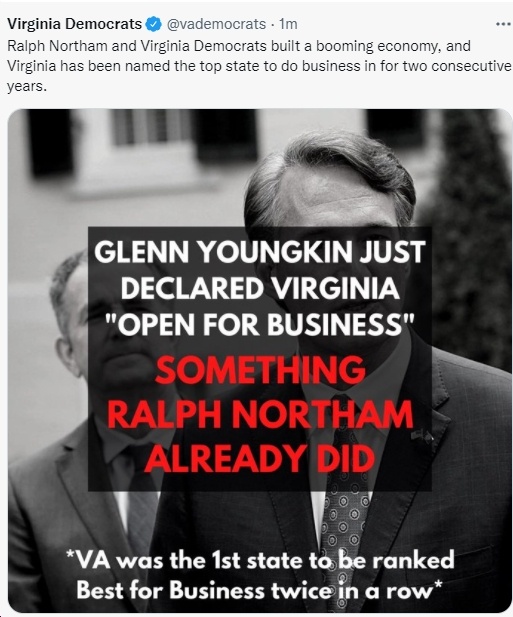 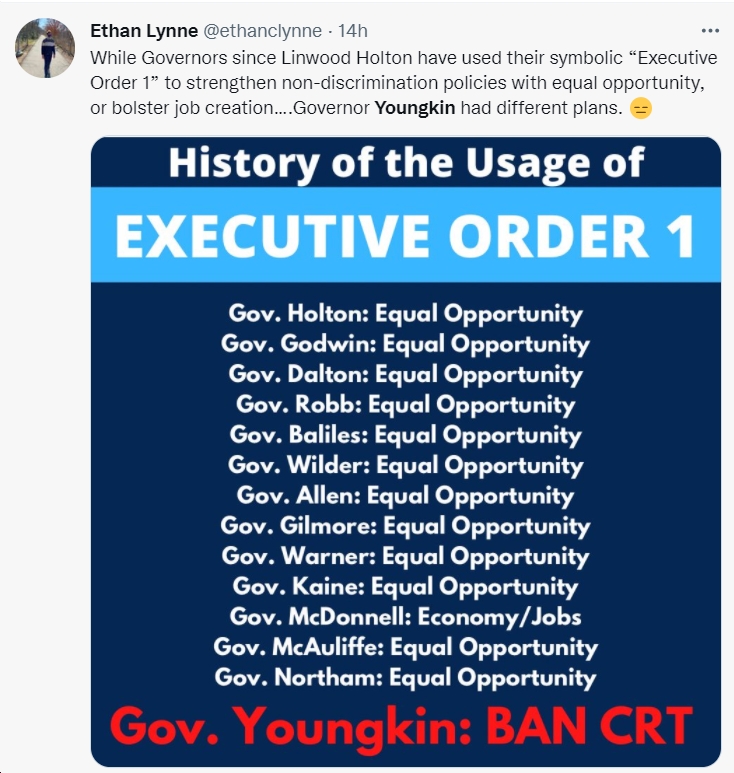 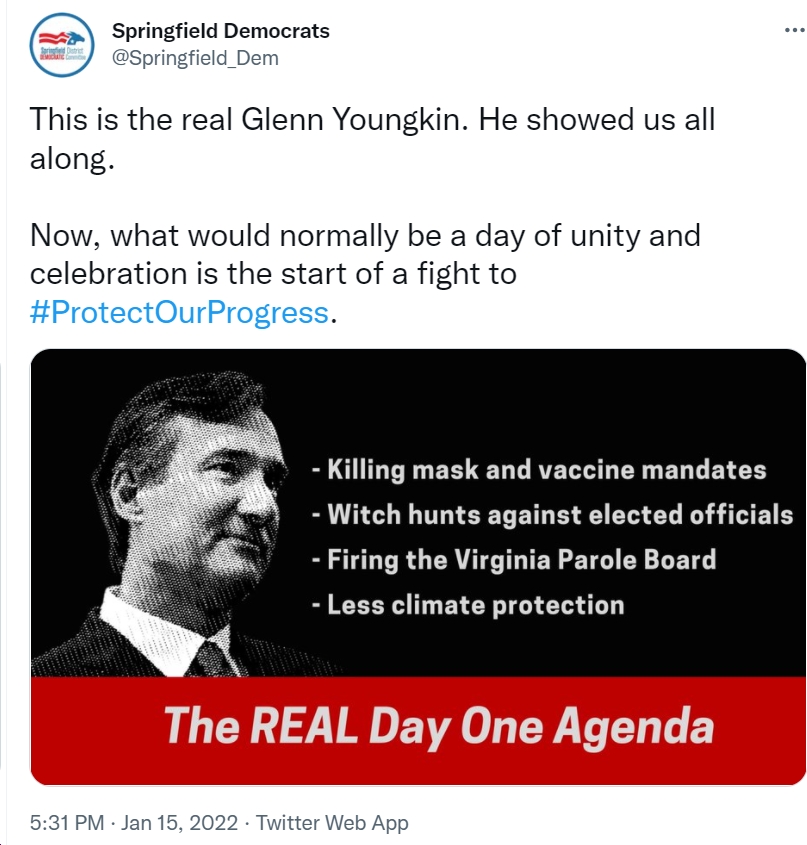 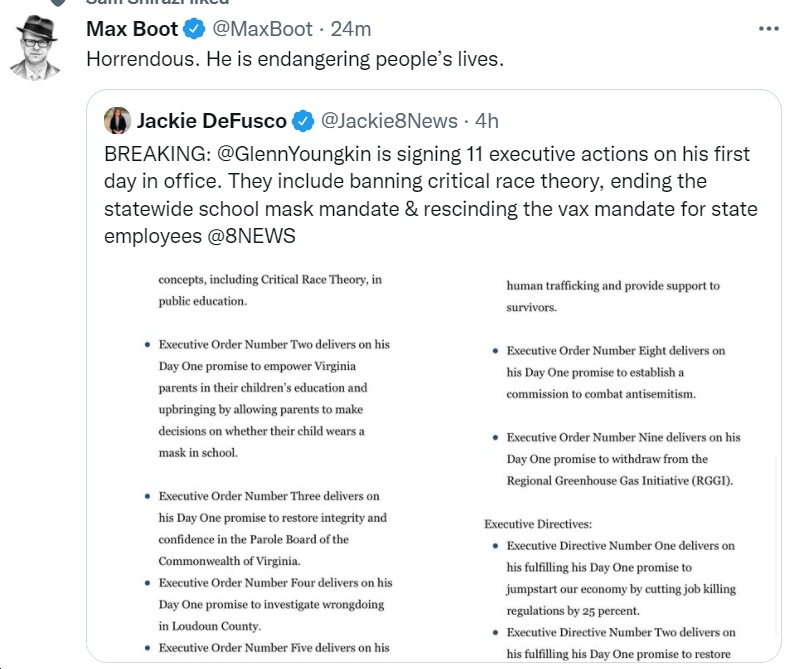 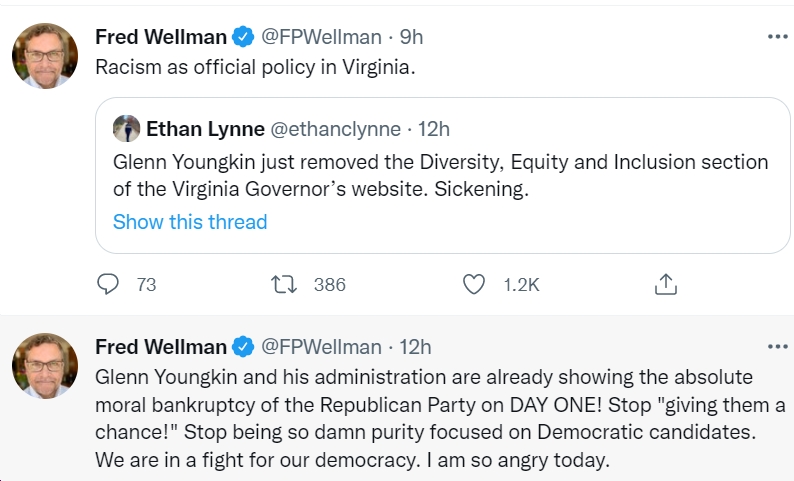 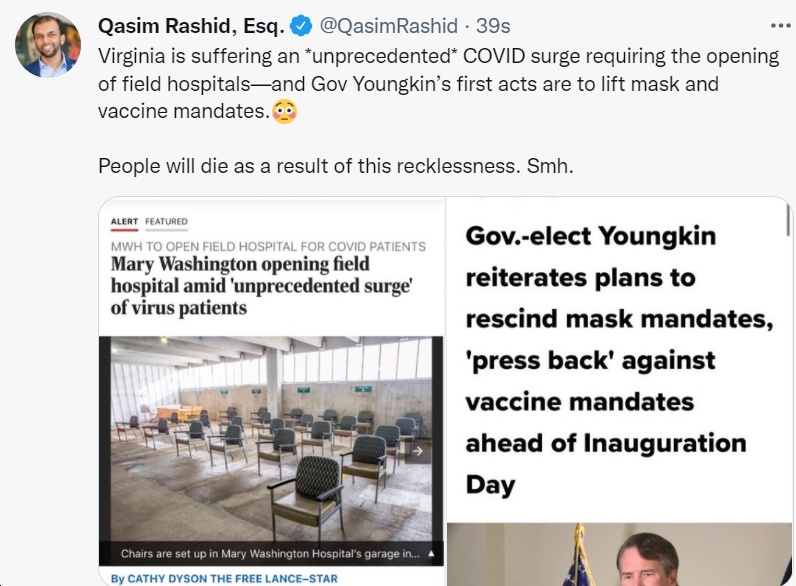 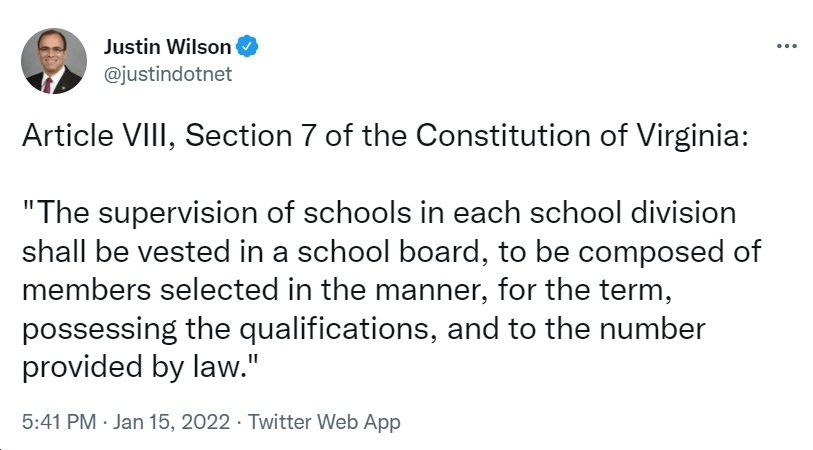 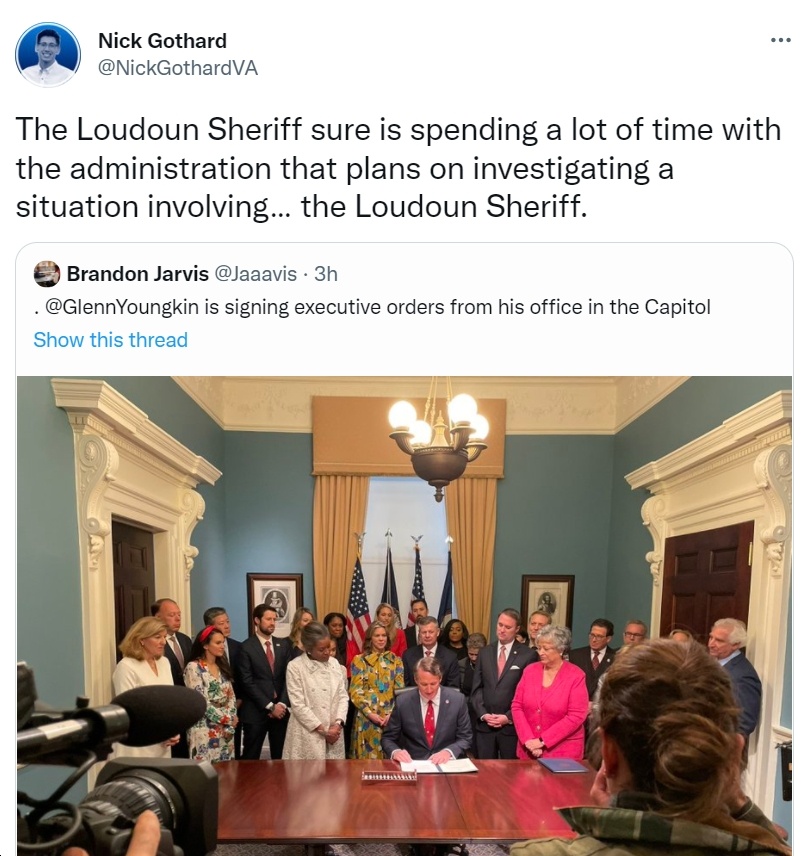 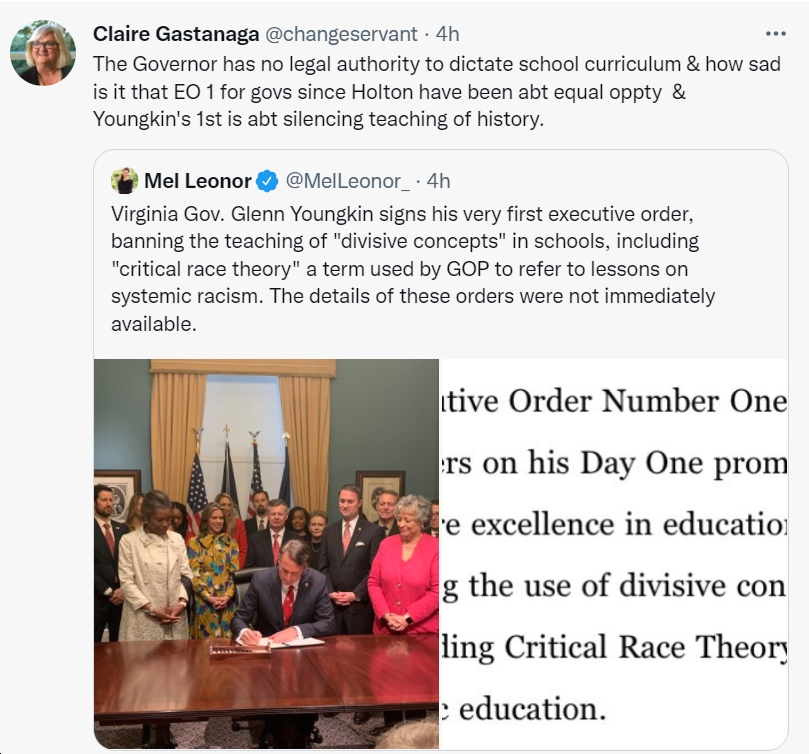 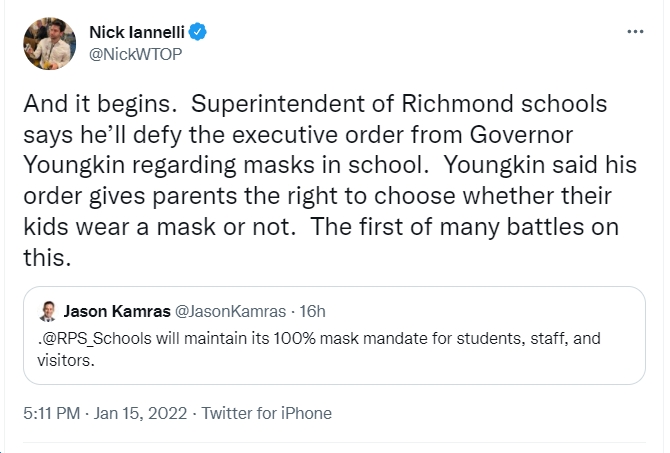 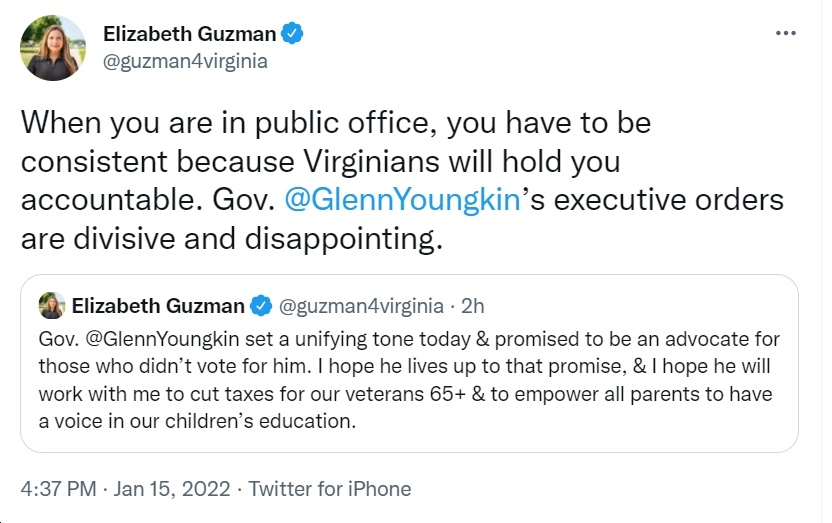 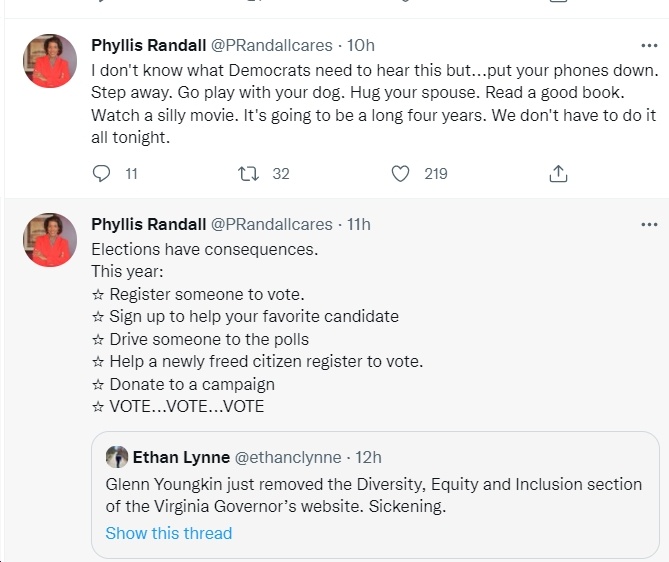